CENTERTON (KFSM)– Wednesday morning, officials with the city of Centerton noticed that someone spray painted parts of a neighborhood park off Fern Street.... 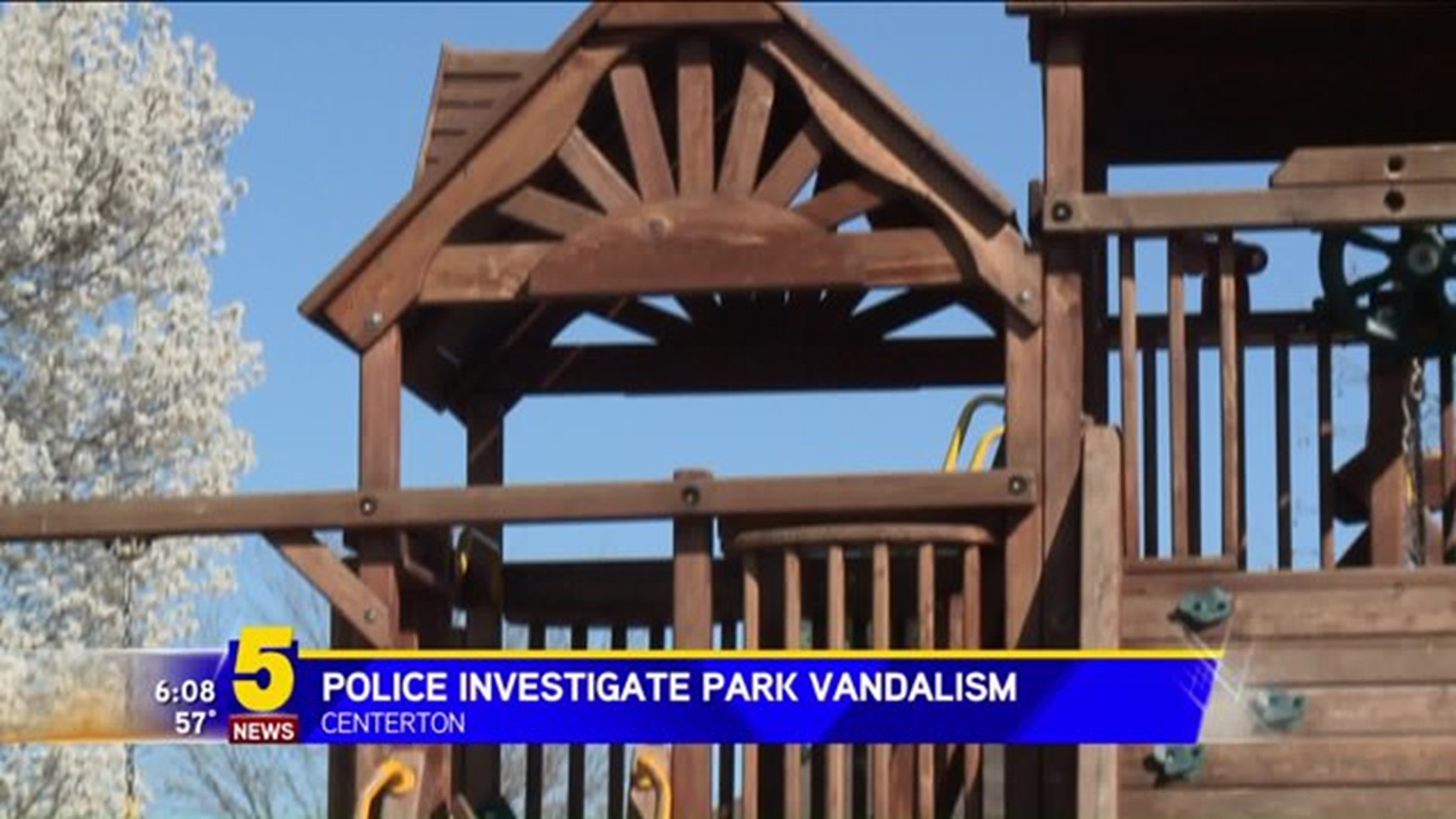 CENTERTON (KFSM)-- Wednesday morning, officials with the city of Centerton noticed that someone spray painted parts of a neighborhood park off Fern Street.

Mayor Bill Edwards said after the discovery was made, he had crews out cleaning the equipment that had been painted.

Edwards said the police are investigating the incident but he could not say where they were in their investigation.

This is not the only time a park in Centerton has been vandalized.

Edwards explained some kids caused some damage a while back at Thompson Park.

He said the saddest thing about this story is that a local church recently spent time in this community park to make it look better.

"They put a lot of work in it as you can see behind me," Edwards said. "There's a lot of new landscaping and things. The group spent a whole day here putting a whole bunch of landscaping in. Our community takes a lot of pride in our parks. Especially these small little community parks."

Now the mayor is looking to add more police patrols to the parks and is considering adding cameras to the parks that currently do not have them.

He hopes to discuss adding the cameras with some of the people who live near these areas.

Edwards posted some of the damage done to Facebook.

He hopes residents will see it and become more vigilant in their neighborhoods.

"The reason for our post is we just want to ask our citizens, if they see any suspicious activity of anybody vandalizing our parks, if anything looks suspicious to let our police department know," Edwards said.

Some who lived on or near Fern Street said they were shocked to hear about the vandalism.

One man said he took his grandchildren to that park and was upset that someone attempted to destroy their facilities.