CENTERTON (KFSM) — A battalion chief with the Centerton Fire Department has been arrested on a charge of rape of an underage girl. Jordan Dallas Thompson, 34, w... 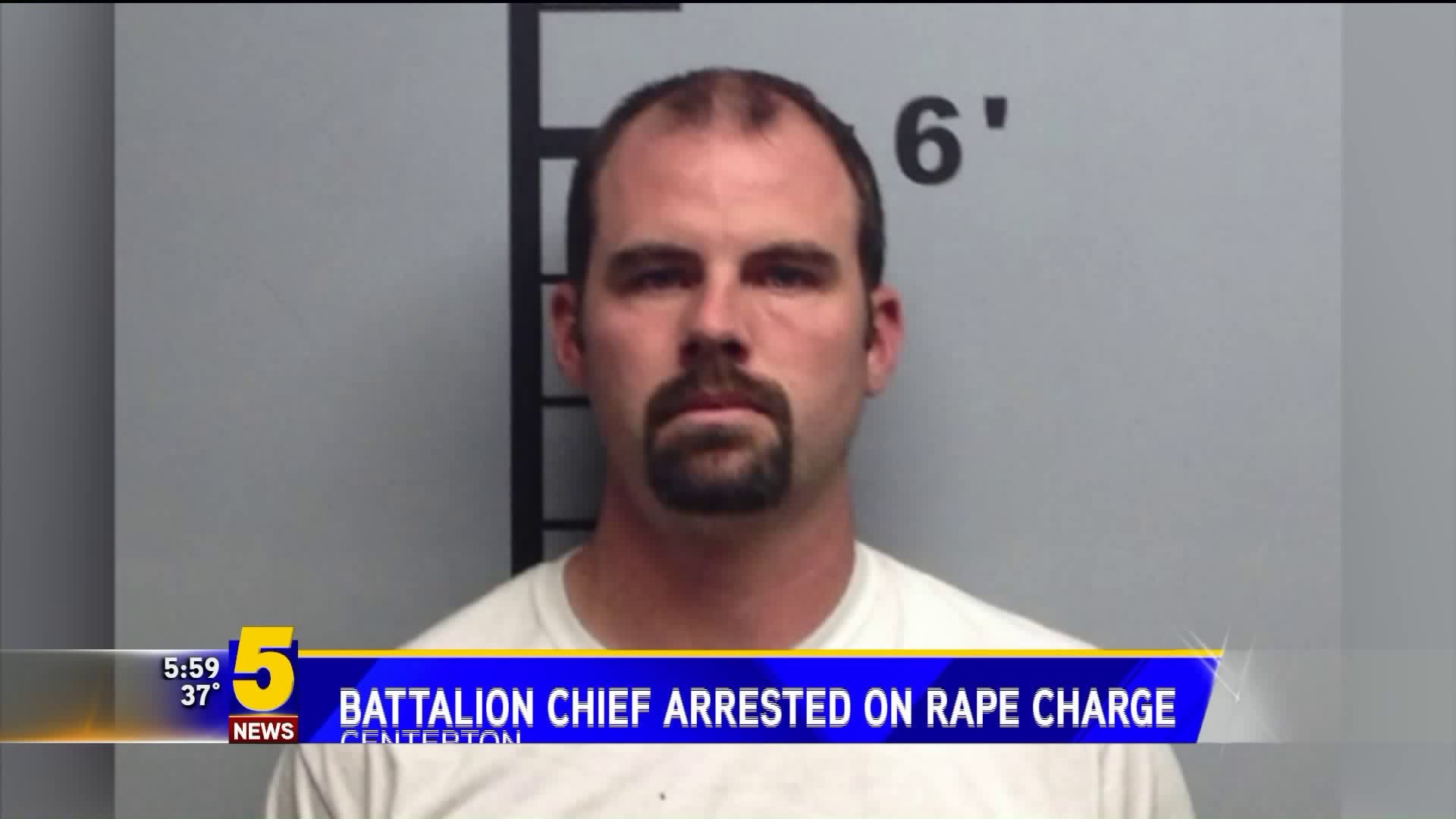 CENTERTON (KFSM) — A battalion chief with the Centerton Fire Department has been arrested on a charge of rape of an underage girl.

Jordan Dallas Thompson, 34, was arrested on Tuesday (Nov. 13) at the fire department on one count of rape -- a Class Y felony.

The Benton County Sheriff's Office received a cyber tip on Monday (Nov. 11) from the National Center for Missing and Exploited Children, which flagged a Facebook conversation between Thompson and the girl, according to a probable cause affidavit.

The girl, whose current age wasn't listed, told investigators that Thompson began a sexual relationship with her when she was 15, according to a probable cause affidavit.

She said Thompson touched her and she didn't know what to do, adding that Thompson tried to make her "feel like she was supposed to want it," according to the affidavit.

She said she tried to convince Thompson the sexual contact wasn't normal and blocked him on Facebook.

It's unclear what Thompson's status is with the department. A captain said last week Thompson was still employed.

Thompson is free on a $75,000 bond. Benton County Circuit Judge Robin issued a no contact order to Thompson.

Class Y felonies are the most serious crimes in Arkansas not punishable by death.  A person convicted of a Class Y felony could face life in prison, according to Arkansas Code Annotated 5-4-401.