LOWELL (KFSM) – A nationally known service dog named Gander visited Lowell Friday (May 22) with his handler to spread awareness about suicide rates among ... 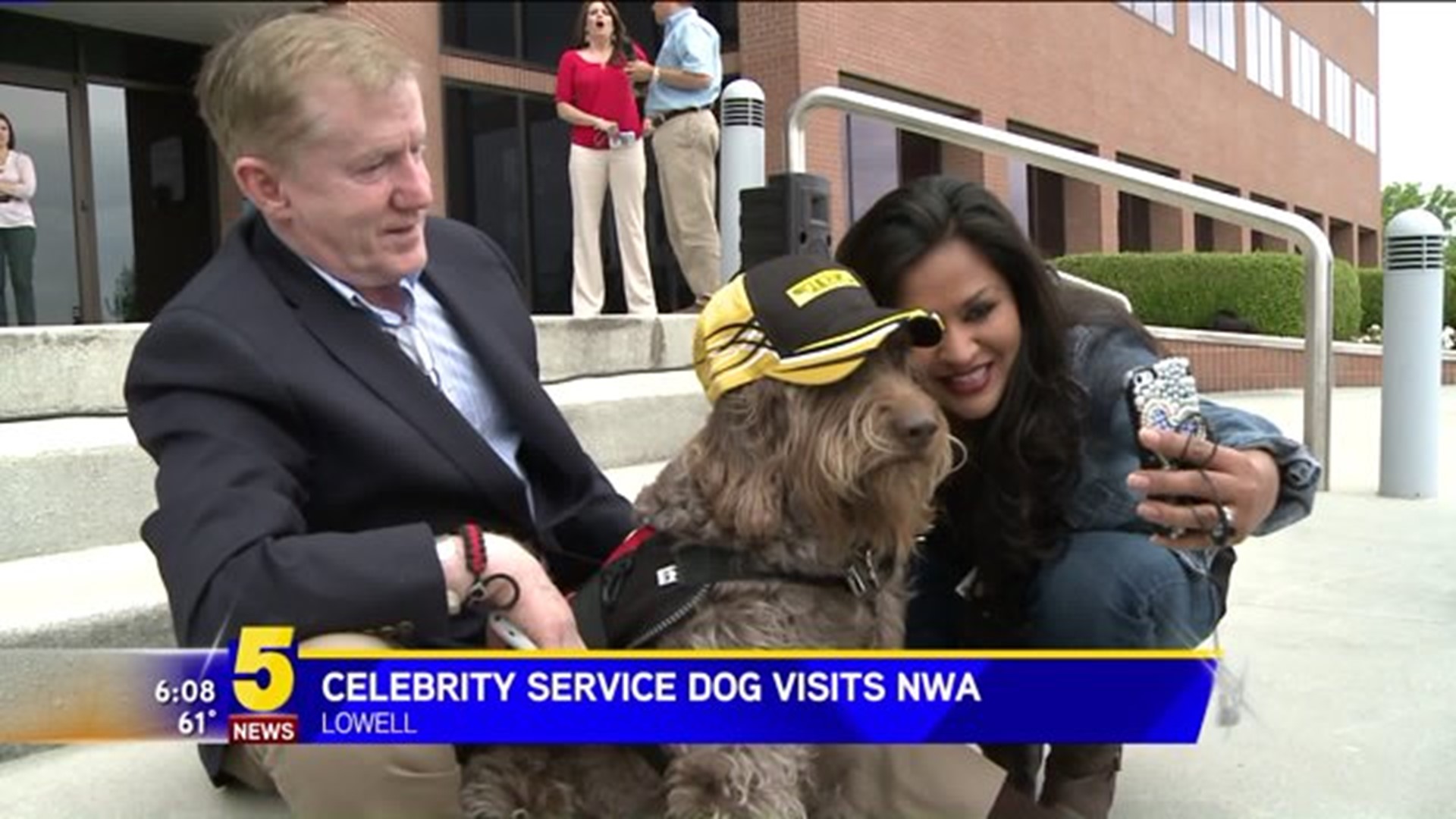 Vietnam veteran Lon Hodge is his handler and has been paired with the four-year-old Labradoodle for three years. Gander is the first ever mixed breed dog to win the American Kennel Club's Canine Excellence (ACE) award.

"When people say you don't look like you need a dog, that's because I have a dog," Hodge said.

Hodge served in the Army Medical Corps for eight years. He said his post traumatic stress disorder didn't kick in until years later. Hodge said he was having five panic attacks a day and couldn't leave his home and that's when he looked into getting a service dog.

"If he hears my voice elevate he gets in my face and tells me pretty much tells me stop that, he encourages me to leave movies when the sound gets loud which is a trigger,"Hodge said.

He said he and the $35,000 Gander now travel the nation, spreading awareness about suicide rates among veterans. Hodge said 22 veterans commit suicide a day.

"Everybody who has a service dog especially for PTSD says the dog saved their life, if it hadn't of been for the dog they'd be dead, they'd be a suicide casualty," Hodge said.

Gander was rescued from a kill shelter in Colorado, but Hodge said it was Gander who saved him.

The event was put on by Soldier on Service Dogs, a Northwest Arkansas non-profit that pairs veterans with service dogs. The group is hoping to win a $25,000 grant to train more dogs. For more information on how to vote, click here.