NORTHWEST ARKANSAS (KFSM) — Driving back and forth from the River Valley to Northwest Arkansas used to be a long and curvy trek — that is, until the Bobby Hoppe... 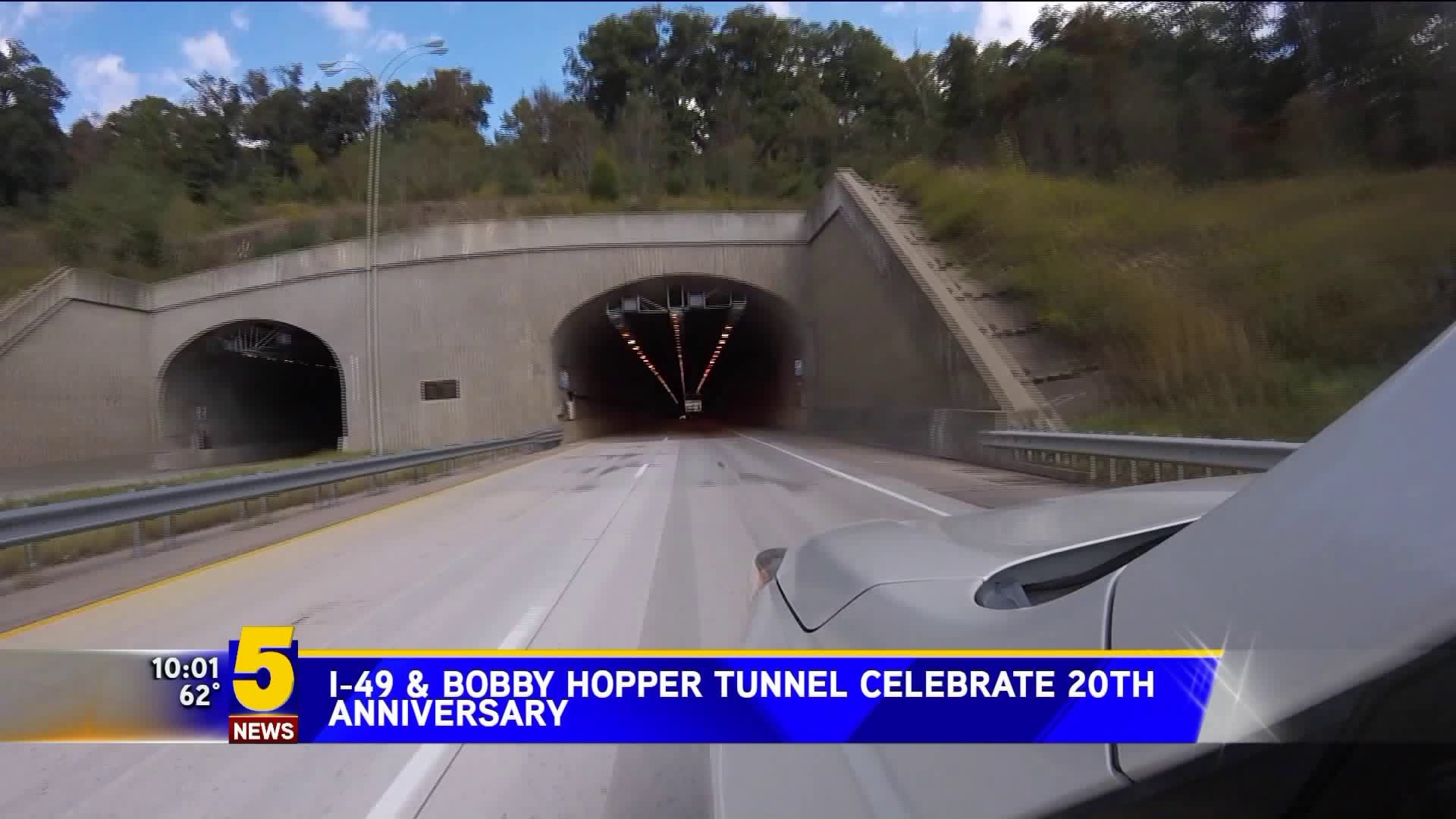 NORTHWEST ARKANSAS (KFSM) — Driving back and forth from the River Valley to Northwest Arkansas used to be a long and curvy trek — that is, until the Bobby Hopper Tunnel was built.

Today (Jan. 8) marks the 20th anniversary of the opening of the Bobby Hopper Tunnel and Interstate 49, which was then Interstate 540.

It was a game changer, better connecting both sides of the hill.

January 8, 1999, was a cold and rainy day when the Bobby Hopper Tunnel and I-49 opened. That didn’t stop hundreds of people from coming out on that day.

“I was proud to be a part of it and I’m proud to see Northwest Arkansas and I-49 is real good for the people of the state of Arkansas,” Bobby Hopper said.

Bobby Hopper, the tunnel's namesake, was a member, then chairman of the Arkansas Highway Commission from 1989 up until a week after the opening of the tunnel and interstate.

“It’s an honor for my name to be on it, and I enjoy for it to be on it. Looking all back, I was just happy I got to help the people of the state of Arkansas,” he said.

While drivers were thrilled they no longer had to drive the dangerous stretch of U.S. 71, businesses along the older highway suffered and several closed.

Not long after the interstate opened, 5NEWS interviewed Ernestine Shepherd, who was the owner of the Blue Bird Café in Winslow.

“People are out now trying the new highway out, you know, and even the truckers say they’ll take their loads up, but they’ll come back by and eat with me as they go back empty. I can’t afford to let it bother me,” she said.

The café closed its doors in 2001, but her daughter reopened it as Grandma’s House Café in 2005.

“We noticed the traffic was starting to come back on the old [U.S.] 71 and they started calling it the Scenic Highway 71. I think over the years, people got tired of the hustle and bustle of the new highway,” Elaine Bowlin.

On the day I-49 was complete, Hopper predicted there would be half a million people living in Northwest Arkansas. He was right.

“Now it being all done in everything, in 20 years, lookout million, look out one million,” Hopper said.

Before I-49 and the Bobby Hopper tunnel opened, it used to take drivers coming from Fort Smith about an hour and a half to get to Fayetteville. On game days, it took anywhere from two to three hours.

The tunnels are still the only highway tunnels in the state.  They cost more than $37 million to build.