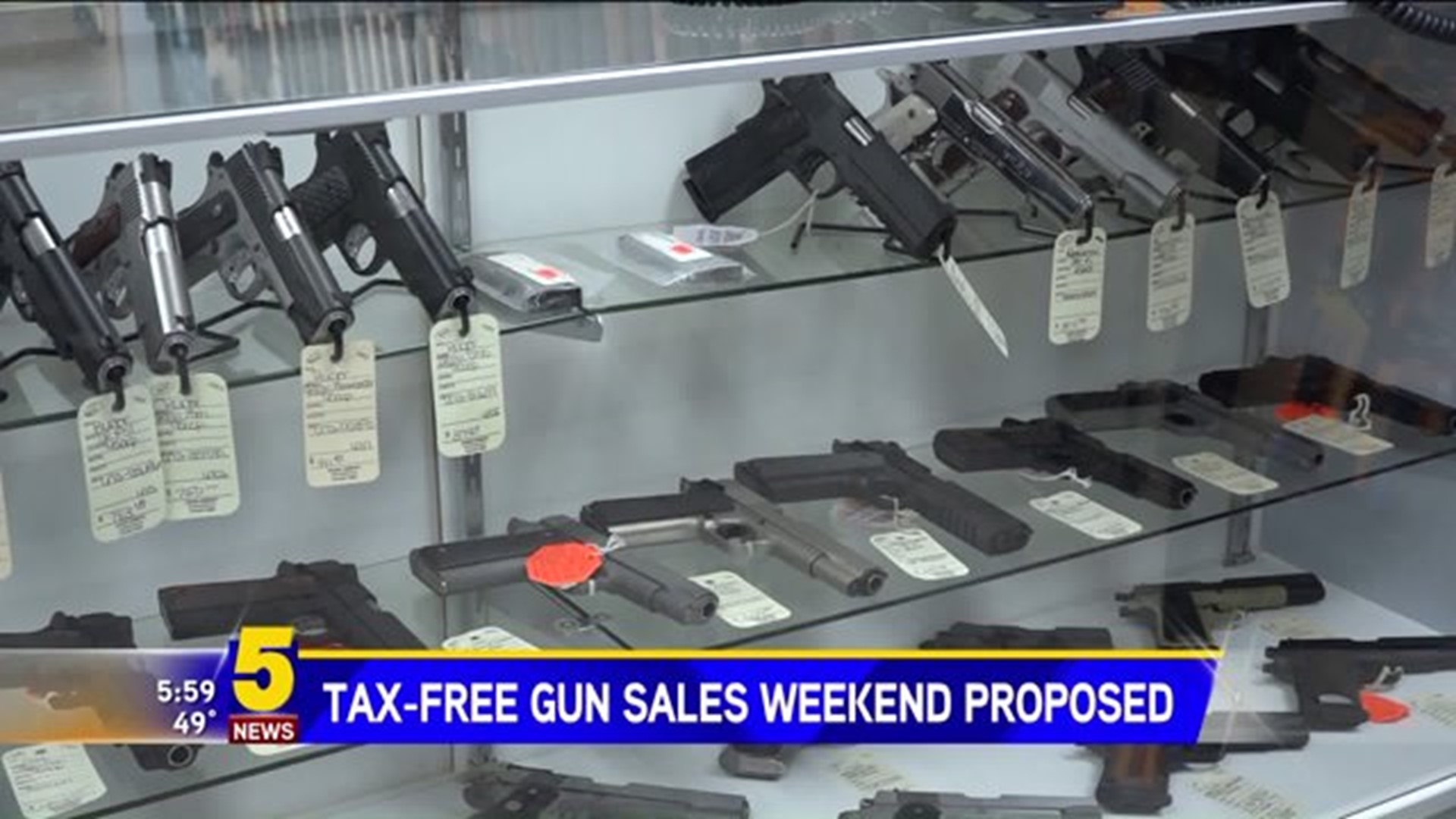 During that weekend the state would drop its 6.5 percent sales tax on guns. Hester said he was inspired by other states like Louisiana and Mississippi and felt the outdoor and Second Amendment enthusiasts in Arkansas would enjoy something similar.

The proposed tax-free weekend would be the second weekend in September.

“It’s another weekend our retailers, certainly in the gun and firearm industry, can promote and hopefully bring people out too," Hester said.

He said he wanted to line up the sales tax-free weekend with the state's largest gun show.

Ozark Armory Owner, Dean Mathews, in Springdale, said he was excited to learn of Hester's bill. He said that weekend was a good time for gun stores because people gear up for the various hunting seasons in the following weeks.

Hester said he is still waiting on fiscal study before anything else can happen.

"I think if that fiscal impact comes back very reasonable, I think the odds of this passing are very high," he said. "This goes into a committee, it comes out, it goes to the floor, it comes off the House and Senate by super majority, this thing will pass."

Hester believes this type of tax-free weekend is about more than just saving a few dollars when buying a gun, it's about appreciating the nation's founders and Second Amendment rights.