CAVE SPRINGS, Ark. (KFSM) — Aaron Robinson, a Cave Springs native, was found unresponsive in his bunk while in Virginia for training. On Saturday (June 1) his p... 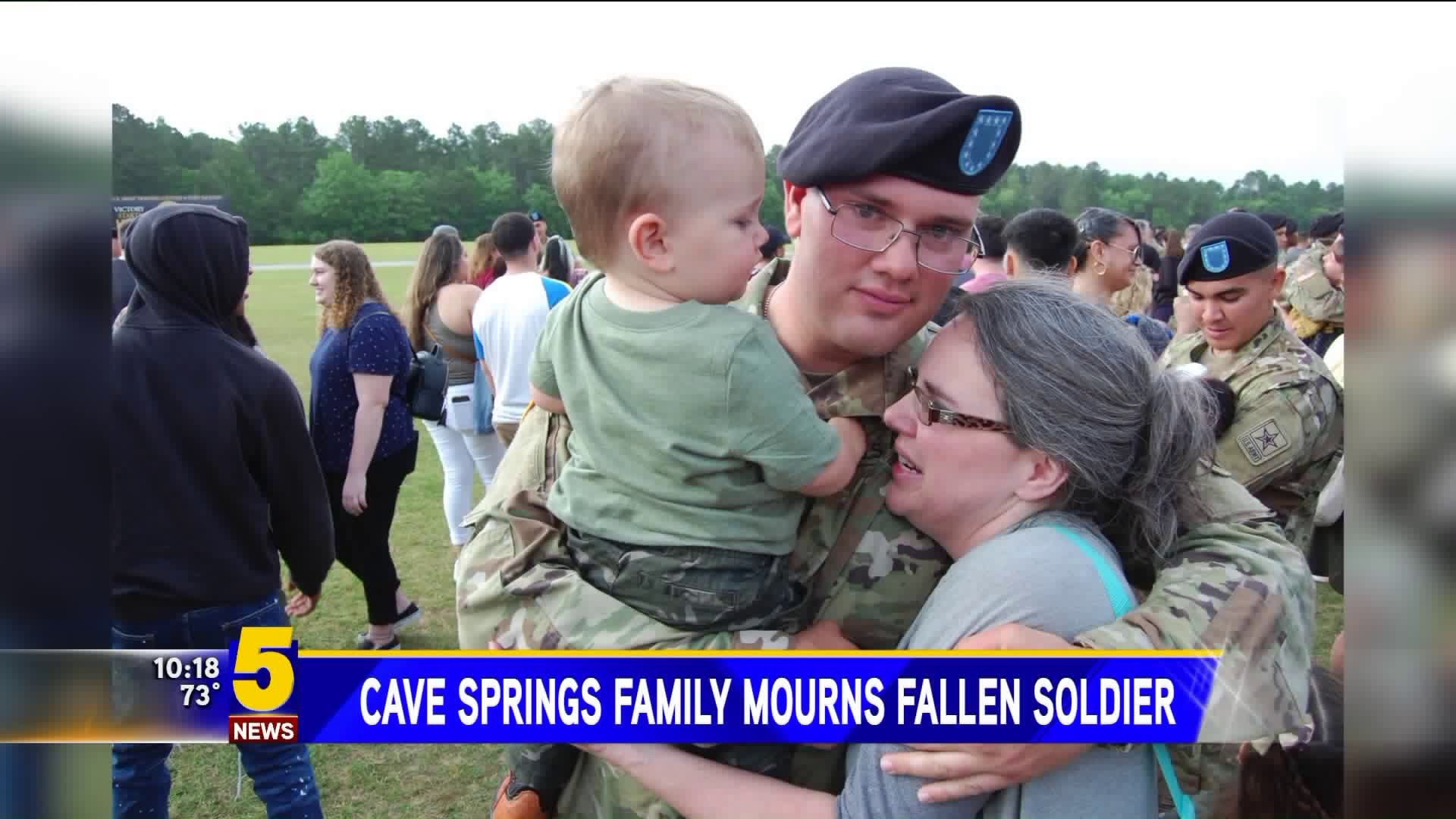 CAVE SPRINGS, Ark. (KFSM) — Aaron Robinson, a Cave Springs native, was found unresponsive in his bunk while in Virginia for training.

On Saturday (June 1) his parents, Kevin and Wendy Robinson, were relaxing after celebrating their 28th wedding anniversary when members of the Arkansas National Guard came to their home to inform them of their son’s passing.

“Knock on the door and all…we got kinda an archway window at the top of our front door so I looked out that and I saw soldiers with their uniforms on and all. So I knew it wasn’t probably something good,” said Kevin.

Aaron was just 24-years-old and on active status while training for the Arkansas Army National Guard. After graduating boot camp last month, he was relocated to Virginia for the next round of training.

He leaves behind his 18-month-old son, Emmett.

“He loved his baby boy. That was one thing that he was looking so much forward to getting back here so he could spend so much time with Emmett as he could,” said Wendy.

Aaron's family says he was a funny and compassionate man.

"He had the biggest heart. He would help anybody out. He always seemed to find the people that needed someone and he was there to lift them up…and we’ll miss him terribly," family members said.

Before leaving for basic training, Aaron worked for McLarty Daniel Ford Lincoln in Bentonville. On Monday (June 3) the dealership hung their flag at half staff in his honor. McLarty has also offered to shuttle the family to Little Rock where Aaron’s body will be returned to them.

“One thing we do know…he knew Jesus and we will see him again someday,” his family said.

The family is still making funeral arrangements, but Aaron will be laid to rest in the Cave Springs Cemetery.