SALLISAW, Okla. (KFSM) — A traffic stop in Sallisaw led to the arrest of a suspected car thief who stole a local mayor’s car. On Thursday (June 20) a depu... 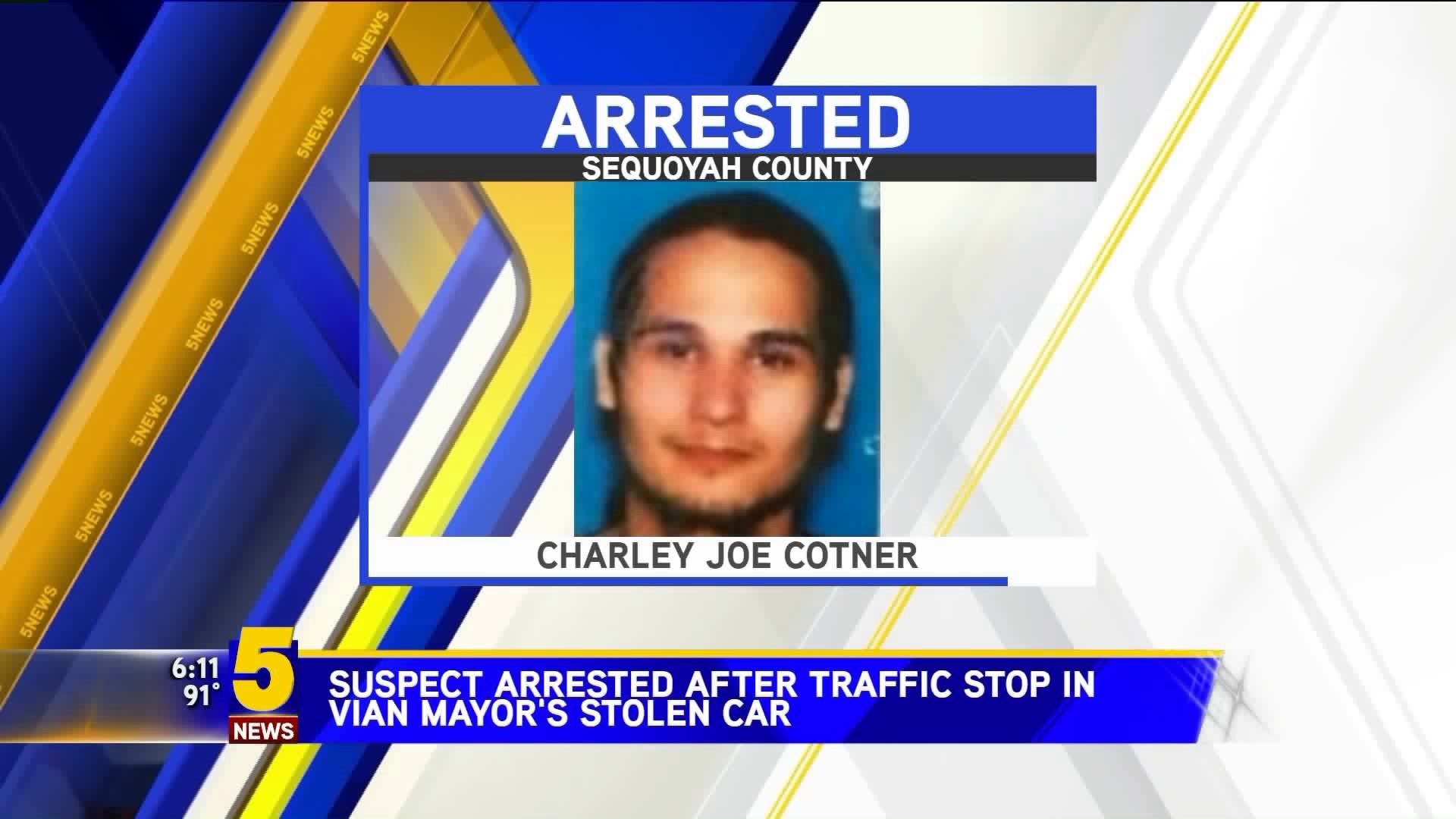 SALLISAW, Okla. (KFSM) — A traffic stop in Sallisaw led to the arrest of a suspected car thief who stole a local mayor's car.

On Thursday (June 20) a deputy with the Sequoyah County Sheriff's Office stopped a vehicle between Vian and Sallisaw for speeding and driving erratically.

The deputy says she sensed something was wrong because the driver, 20-year-old Charley Joe Cotner of Sallisaw, was acting overly nervous and seemed impaired or under the influence of something, so she had Cotner get out of the vehicle.

As the deputy investigated she found out the vehicle had just been stolen from a parking lot in Sallisaw and the owner, Vian Mayor Dennis Fletcher, had no idea it was even missing.

Mayor Fletcher was contacted immediately and pressed charges against Cotner.

Sheriff Larry Lane said, “Deputy Cordray did a great job today, this is another example of successful proactive policing, our deputies make a lot of traffic stops throughout the county and commonly arrest wanted persons, recover stolen property and drugs."

Cotner is being held on charges of possession of a stolen vehicle, grand larceny and DUI-drugs. He is currently awaiting bond.