PEA RIDGE (KFSM) – A man is being held at the Pea Ridge Police Department Wednesday (July 11) after police say he hit a teacher and two young children whi... 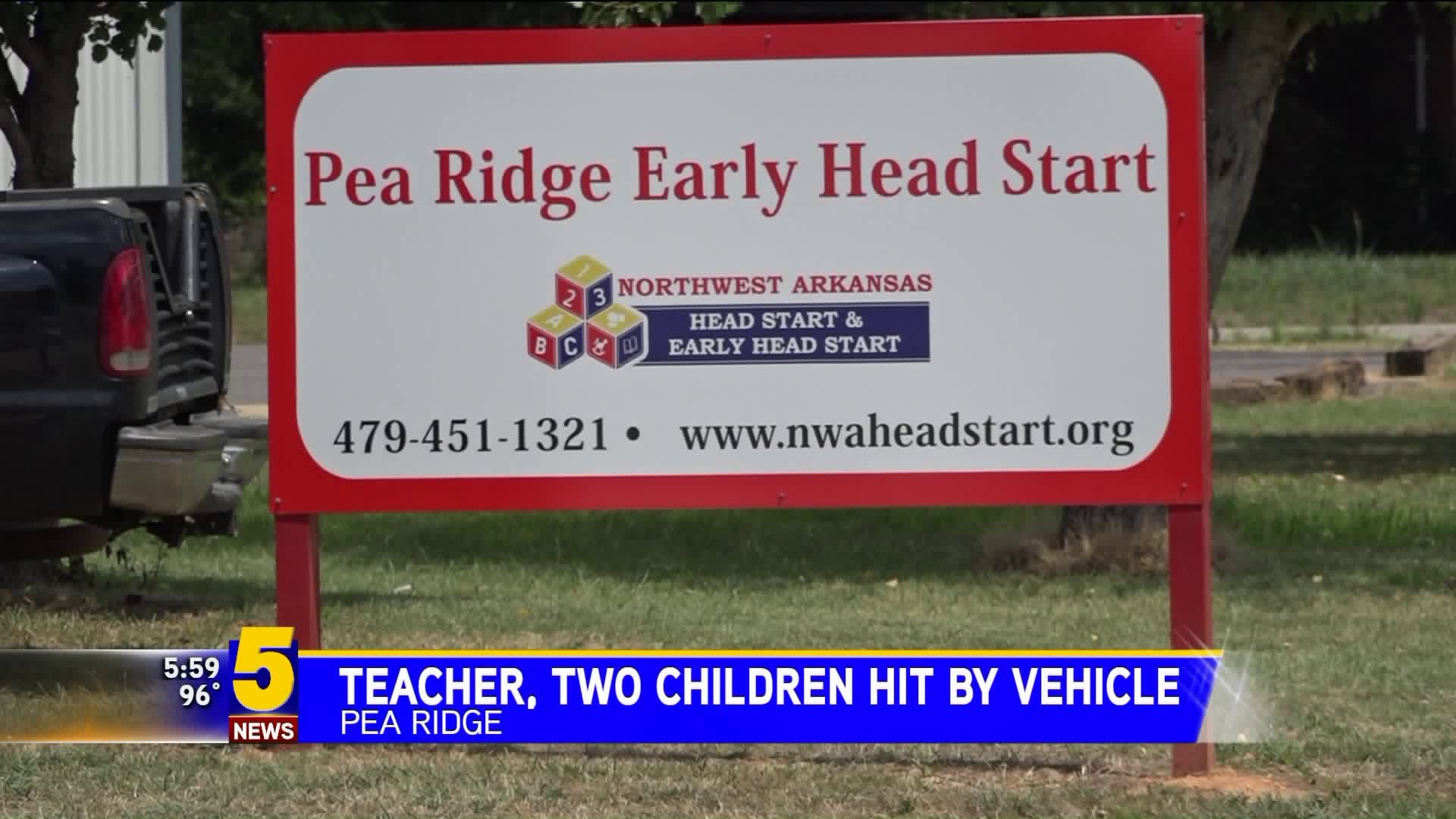 PEA RIDGE (KFSM) - A man is being held at the Pea Ridge Police Department Wednesday (July 11) after police say he hit a teacher and two young children while driving.

Around 10:20 am, the man driving a Dodge Dakota hit a teacher pushing eight children in a multi-seat stroller outside the Pea Ridge Early Head Start Daycare Center, on Halleck Lane.

The driver’s family confirms his identity as sixty-five-year-old Jim Lothes.

Lothes told officers at the scene he fell asleep at the wheel, but officers believe Lotus could have possibly been impaired.

‘’We asked the driver if he would agree to give us a urine sample to potentially show the presence of a drug in his system, as well, a search warrant is being obtained right now to take his blood,’’ said Pea Ridge Public Information Officer, Michael Lisenbee.

Moments after the incident Lotus’s neighbor, Abby Robinson, drove by the scene. Robinson said her first thought was Lothes had fallen asleep, ‘’most likely I think that’s what happened, whenever I pulled up on it, I assumed that he might have fallen asleep.’’

Jim Lothes lives in a house located an eighth of a mile from the head-start daycare center.

His grandson Darrell Brandon said his grandpa has not been capable of doing a lot of things since suffering three aneurysms in five years.

''He’s getting pretty up there in age, can’t do as much, he’s supposed to be on oxygen now, and I think he carries it with him,’’ said Brandon.

Officers will send Lothes’s blood and urine to the Arkansas State Crime Lab. The toxicology results could take up to six weeks.

‘’The results of those screenings will determine whether or not the subject is arrested for driving while intoxicated,’’ said Officer Lisenbee.

The Pea Ridge Early Head Start director declined to comment on the incident at this time.

In a previous draft of this story, we reported Jim Lothes name as Jim Lotus.