FAYETTEVILLE (KFSM) — Canopy NWA, a Fayetteville-based nonprofit, will soon start bringing refugees to Northwest Arkansas where volunteers will help them ... 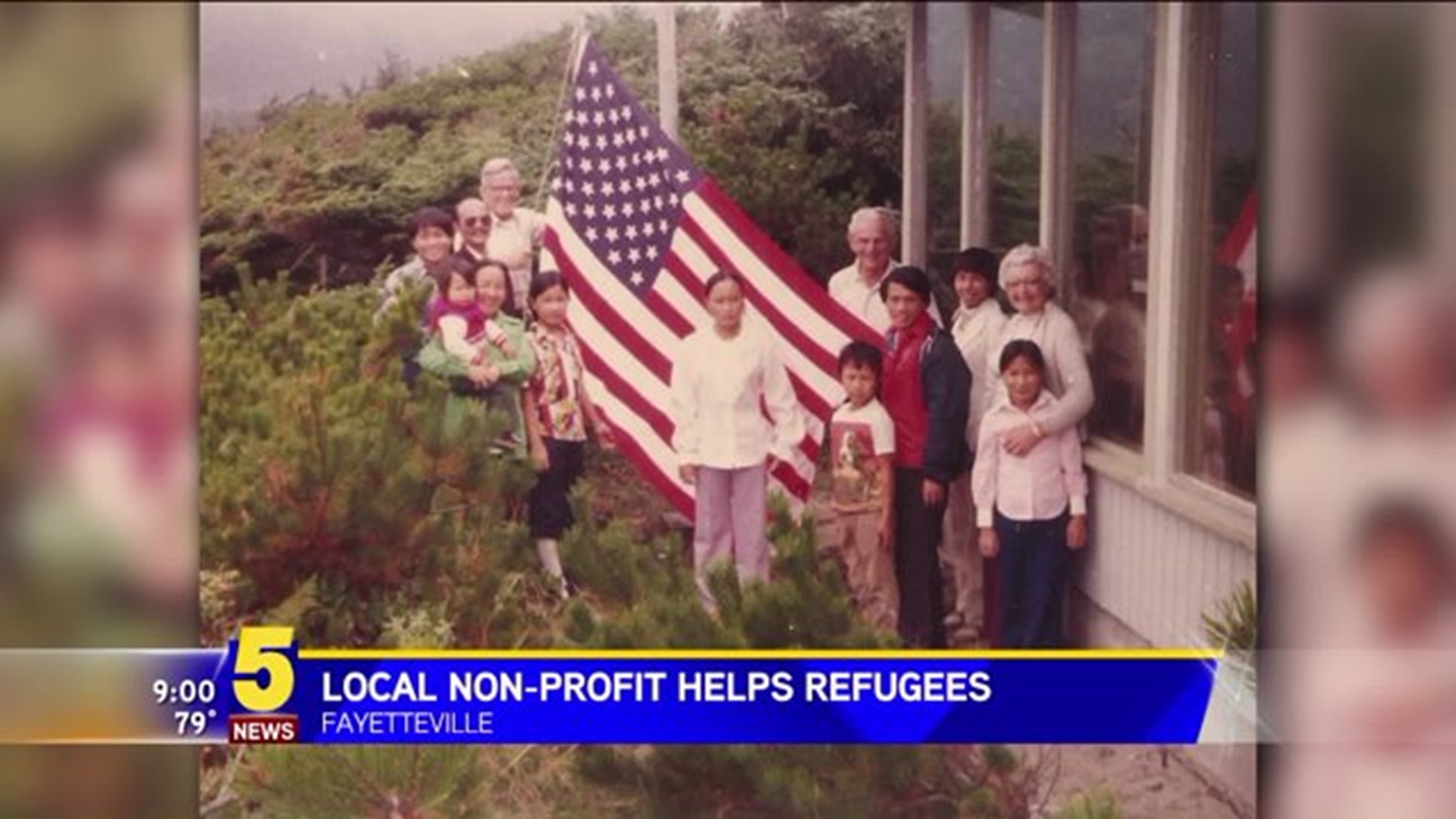 The organization has only been around since January when it was started by people in the area who felt something needed to be done to help with the global refugee crisis. They got approval from the state department last week to begin their mission.

Kao Lee, who is consulting with Canopy NWA, was just two when her family came to America from Laos as refugees. Her father was a solider with the U.S. CIA forces in Laos during the Vietnam War.

When the war ended, the Lees were forced to flee their village to escape communist soldiers. It took a month for them to get to Thailand where they took refuge before coming to the U.S.

"My family was sponsored by a church in Portland, Oregon and a family and so when we came to the United States we basically arrived a very illiterate family [who had never had] running water," Lee said. "I mean we were living in the mountains of Laos."

Lee said her parents have never let her forget the help they got from the community. She said getting that support when they arrived was important to their success and she said the refugees who will get help from Canopy NWA want a place to call home just like her family did.

"A lot of them families have experienced such traumatic experiences that when they get here, they are so happy to be here, they want to make their life happy and just like Arkansans and Americans they want to create a better future for their kids," Lee said.

Canopy NWA Resettlement Director Emily Crane Linn said the process refugees go through to get to the U.S. is very long and thorough.

"There will be some folks who will come to this country having waited 17 years or more to get here," Linn said. "That means some of the children who will arrive will have been born in these [refugee] camps and have spent their entire lives there."

Linn said the organization wants to help create a place where people can start over.

"We have so much capacity as a community and so I just think as humans, if we have the opportunity to directly help other humans in their hour of greatest need then we should do that," Linn said.

The organization is expecting to have 20 to 25 families resettle in Northwest Arkansas over the next year. They expect the first family won't arrive until the middle or end of November.

They do not know where these refugees will be coming from, but most refugees currently entering the U.S. are from the Congo and other African countries.

"States receive very little information from the federal government regarding refugee resettlement. That lack of communication is very concerning, especially when you consider the fact that the number one priority of governors is to keep their people safe. It’s important to know who’s coming in and from where. That’s why I met with Canopy NWA earlier this year because it’s important to establish and to keep an open line of communication between the state and organizations like Canopy. The reality is that while a vast majority of refugees who come to our country are truly fleeing danger in their home country, everyone coming in as a refugee should be properly vetted to protect our security. Compassion should help drive what we do as Americans, not blind us from the very real dangers that exist in today’s world."