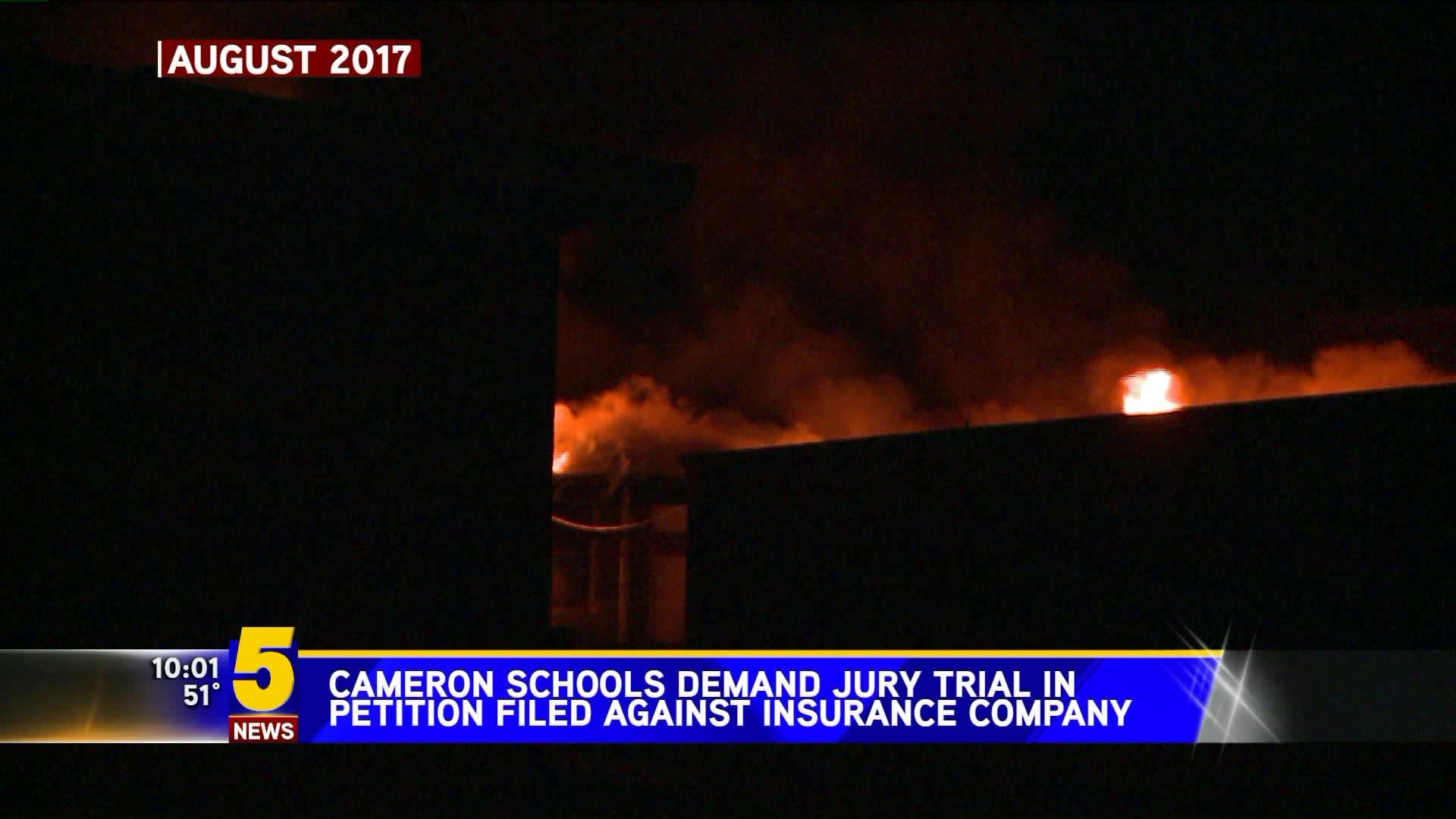 CAMERON, Okla. (KFSM) — Nearly two years after a fire destroyed junior high, high school and gym in Cameron, Oklahoma, the district is demanding a jury trial and claim its insurance provider is refusing to pay.

In August of 2017, just before 9 p.m. crews began to battle the structure fire that would burn through the night until nearly 4 a.m.

In court documents filed this week in LeFlore County District Court, the school district said the Oklahoma School's Insurance Group (OSIG) breached its contract by "repeatedly and continually failing and refusing to honor the coverage and benefits provided."

The documents said that is what led to the district not being able to start rebuilding, along with other financial losses.

In the documents, the school district says this was a covered fire loss because it had "paid OSIG the appropriate premium, gave prompt notice of the loss, repeatedly participated in the presentation of its claim to OSIG, made due-demand upon OSIG for payment of its insurance claim and otherwise met all conditions precedent for payment of the same."

The documents also say that OSIG delayed, refused to respond and wholly ignored the fire claim.

5NEWS has reached out to attorneys for the district and the insurance group's Executive Director but have not heard back.