FAYETTEVILLE, Ark. (KFSM) — Dedicated fans have hit the road headed for Nebraska to cheer on the Hogs as they fight for a chance at the World Series title, but ... 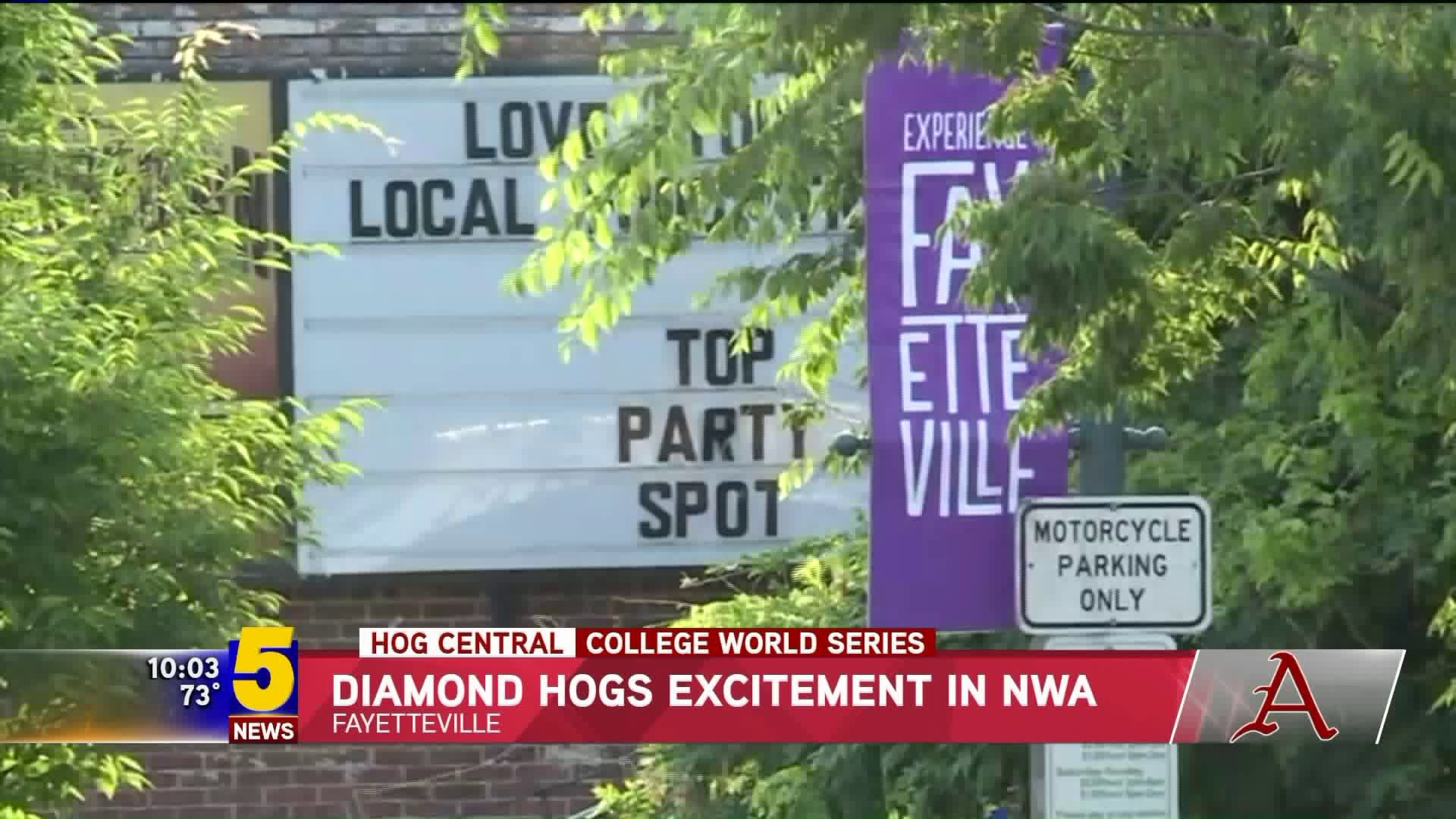 FAYETTEVILLE, Ark. (KFSM) — Dedicated fans have hit the road headed for Nebraska to cheer on the Hogs as they fight for a chance at the World Series title, but many also have big plans to root for them right at home.

Saturday (June 15) the Razorbacks kick off their time in Omaha at the College World Series and fans in Fayetteville say there will be no shortage of support right here at home.

Local bars and restaurants plan on broadcasting the 6 p.m. game and management says table reservations at JJ's on Dickson Street are already booked up.

Stephanie Salvatori, Manager at JJ's on Dickson, says they have already started preparing for the major crowds.

"I love JJs on game days, it's my most favorite thing everybody’s wearing red... it's awesome everybody calls the hogs and is very participated, and we play the game on the speakers as well," Salvatori said.

Hog fan Fauye Bennett says he can't wait to see everyone come out tomorrow as the OmaHogs put Fayetteville on the map.

Fans say after making it so far last year, they are ready to see the Hogs take it all the way with full support from the Natural State.

"In every which way possible this is the most important thing we have this is everything we, and I think 250 percent of this city.. of this state will be behind the Arkansas Razorbacks," Bennett said.

Right now, the general consensus is that Dickson Street is going to be standing room only tomorrow and further into the tournament as well.

Businesses on Dickson Street say visitors should be prepared for long wait times as they are expecting to see a large number of people.