NORTHWEST ARKANSAS (KFSM) — Some workers in Arkansas may be starting off the new year with more money in their pocket, and that’s thanks to voters approvi... 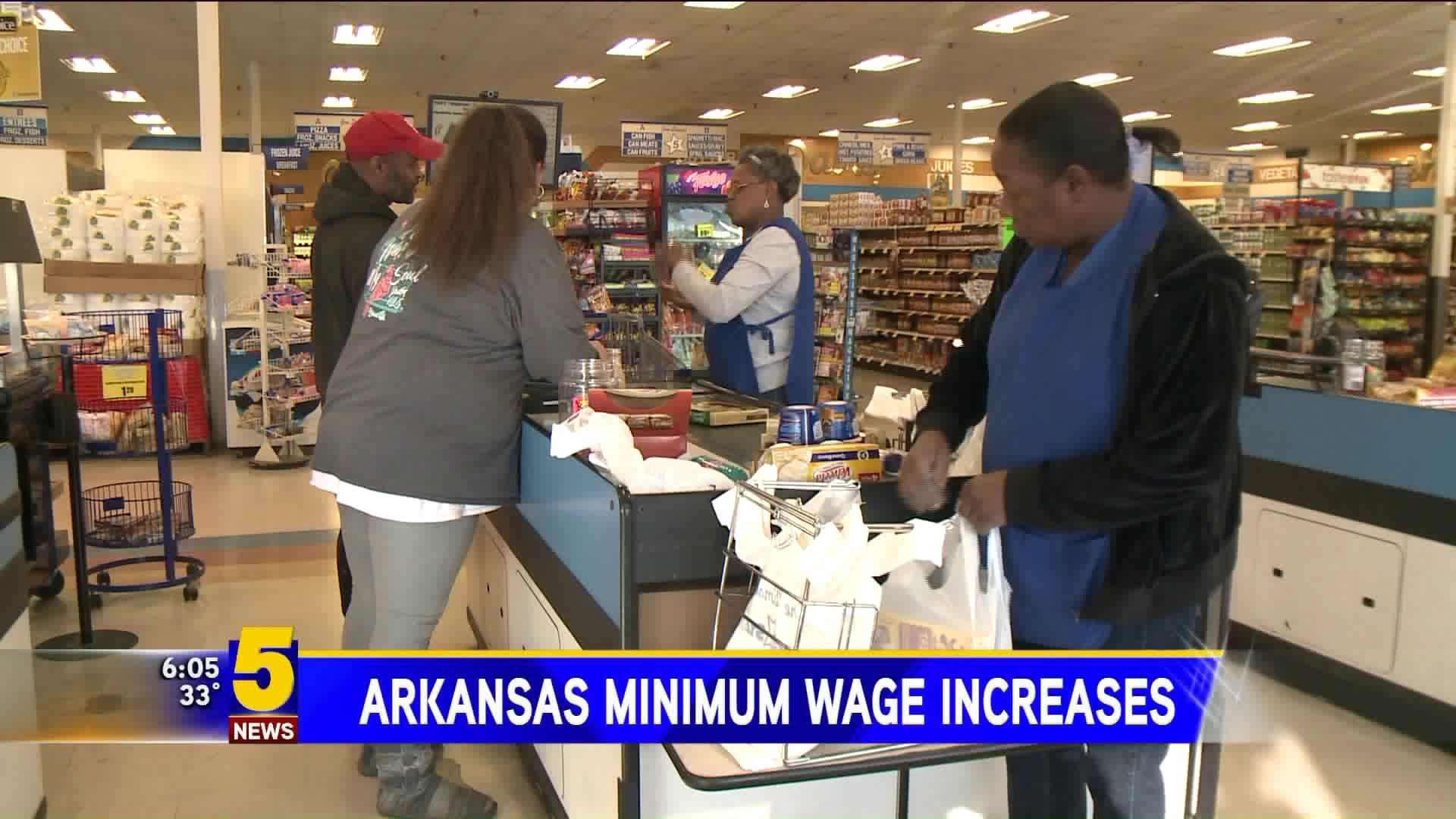 NORTHWEST ARKANSAS (KFSM) -- Some workers in Arkansas may be starting off the new year with more money in their pocket, and that’s thanks to voters approving a minimum wage increase back in November 2018.

January 1st, the Arkansas minimum wage went up 75 cents an hour to $9.25. It's the first of three raises over the next three years.

“What that ultimately does is increase the cost of labor for business, and as a small business owner, we have to do one of two things. We have to either increase our prices, or we have to reduce the number of staff,” Sam Russell said.

Co-owner of the Buttered Biscuit, Sam Russell said they want to serve the community the best breakfast they possibly can, and part of that means hiring the best people.

“Based on the generosity of our customers they tip our server staff who make significantly more than the floor minimum wage which is wonderful because they provide phenomenal service. They then decide to share that with our other host staff,” he said.

That's a 30% increase over three years which is more than the average pay raise.

Mervin Jebaraj is the Director of the Center for Business and Economic Research at the University of Arkansas and said the success of the new law is unclear.
“Eventually when we get to that 11 dollars an hour in Arkansas, that minimum wage is going to be outside, much higher than that 60% of the median wage and we are not sure what the effects of that will be in terms of jobs or whether we will see positive effects or not,” he said.

The median hourly wage is about $16 in Northwest Arkansas and about $14 an hour in the rest of the state.