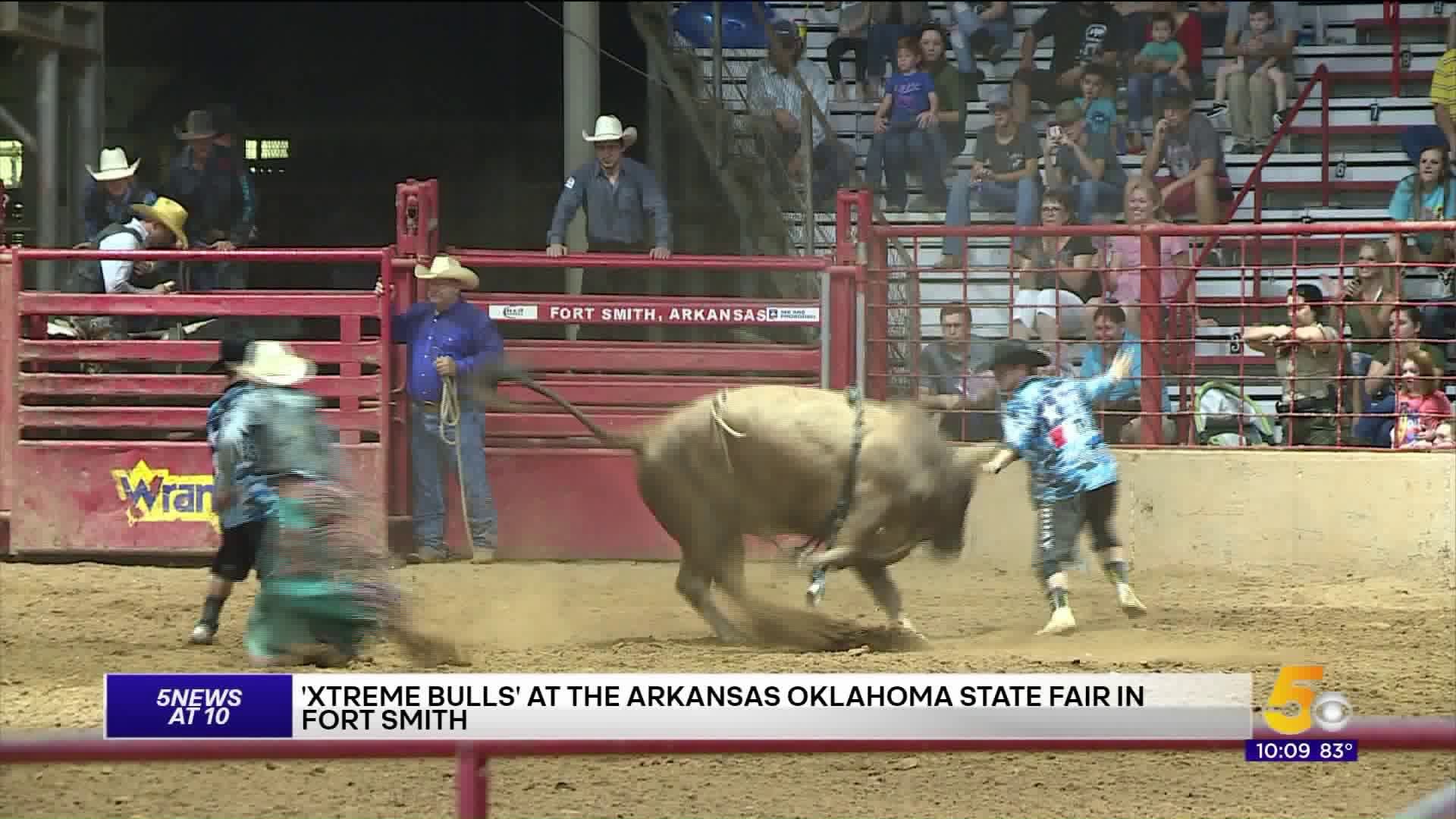 FORT SMITH, Ark. (KFSM) — The best bull riders have been in the River Valley to compete in Harper Stadium.

40 of the world's best bull riders were in Fort Smith Wednesday (Sept. 25) and took on some of the toughest bulls.

"It’s man versus beast. It doesn’t get any better than this," said rodeo clown John Harrison.

"Just pull right in here it’s the best of the best," Harrison said. "If you want to see the best cowboys usually go to Las Vegas but you don’t have to this week and you can come right here to Fort Smith and see truly the top 15 in the world."

All of the riders are in the River Valley to position themselves for the world championship.

It all comes down to eight seconds.

"I mean you’re talking a guy who weighs 150 pounds versus a bull who weighs 1,500 or 1,600 pounds, and he’s got to hang onto this thing with just a loose rope tied around his hand," Harrison said.

Dakota Eagleburger, a career bull rider from Missouri, says riding a bull is just second nature to him at this point.

All of the competitors are trying to earn their spot in "the big one," the National Finals Rodeo.

"This is do or die for so many. You’ll see guys who have their head hit the ground before their hands do because they’re hanging on so tight. They’re like 'we got to get this money'," Harrison said.

PRCA Xtreme Bull Riding wrapped up the rodeo events Wednesday night, but the Arkansas-Oklahoma State Fair will be running through Saturday (Sept. 29).