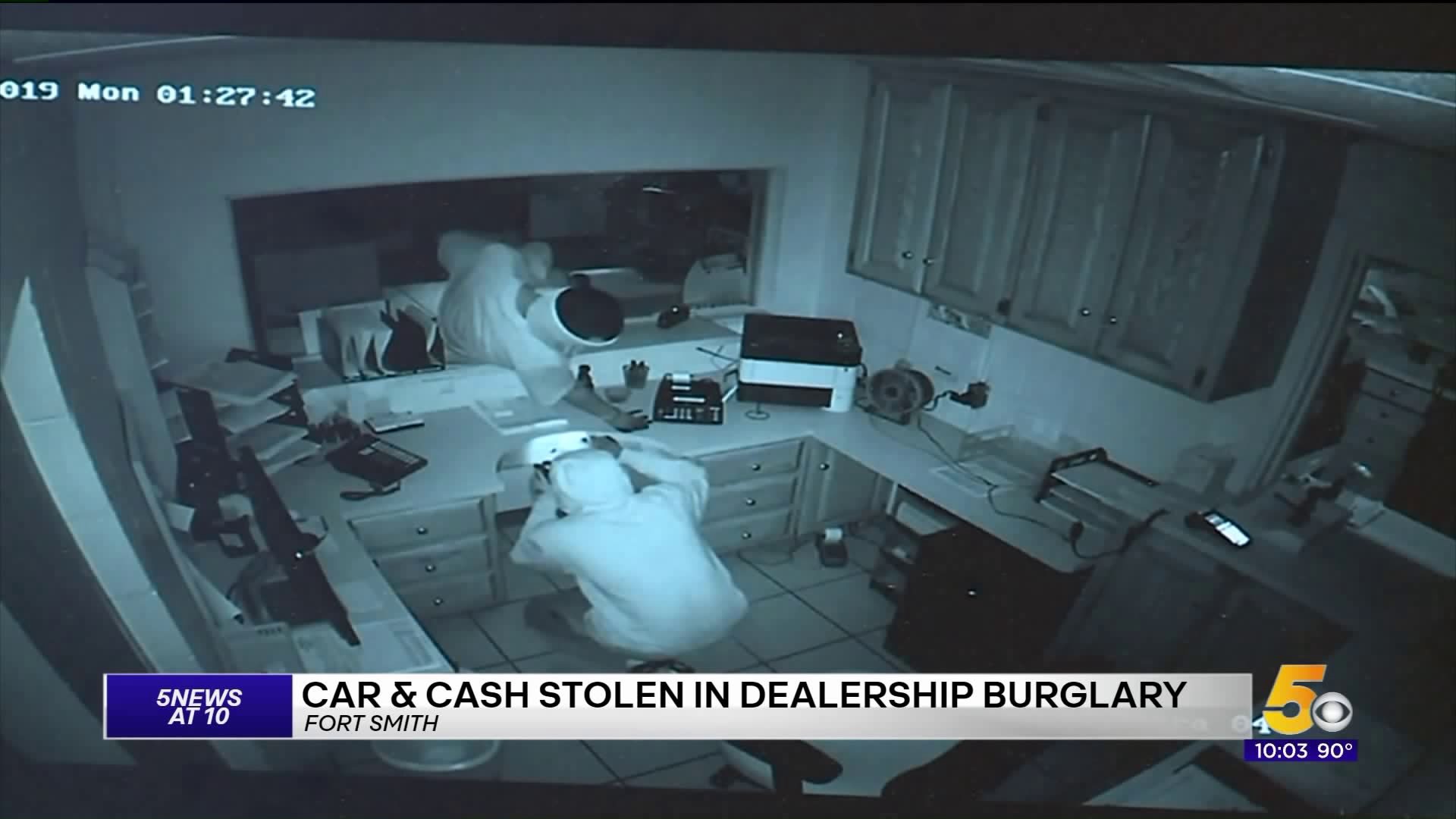 Police received the call about 6 a.m., but they aren't sure exactly when the burglary happened, said Aric Mitchell, public information officer for Fort Smith Police.

One car is missing, along with some cash that was in a drawer and car tags, Mitchell said.

Dean Pendergrass, manager at Breeden, says three people smashed the window on the garage door to get in.

"Breeden Dodge has been here since '71 at this location. We just really don't get broken into or vandalized," said Pendergrass. "We just don't have any problems, so it's kind of discouraging that somebody took advantage of us," Pendergrass said.

This is a developing story. Stay with 5NEWS for updates.