OKLAHOMA (KFSM)- On Monday (Sept. 26) the Oklahoma Supreme Court refused to hear the case of Eric Sample vs. State of Oklahoma and Department of Public Safety. ... 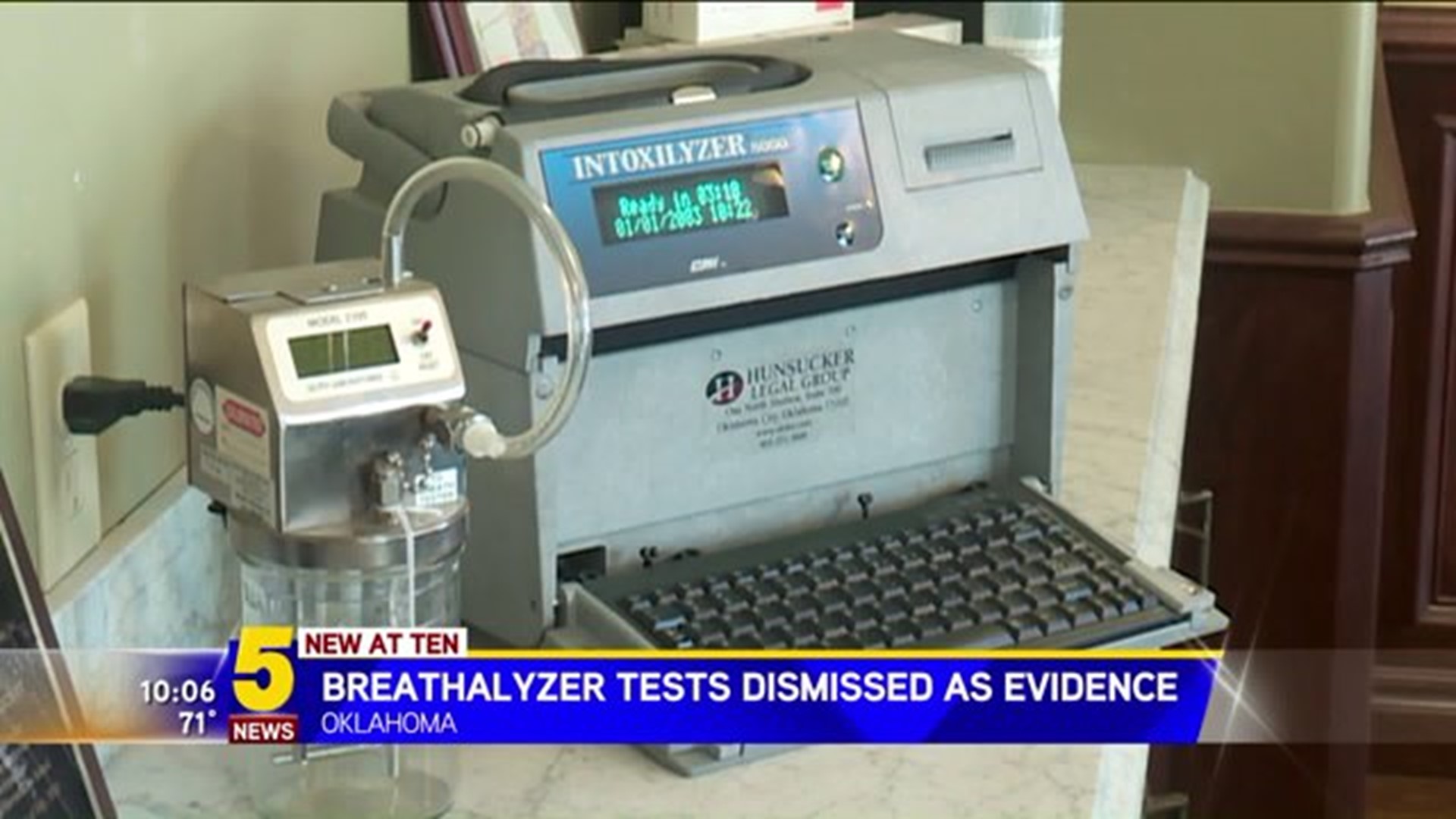 OKLAHOMA (KFSM)- On Monday (Sept. 26) the Oklahoma Supreme Court refused to hear the case of Eric Sample vs. State of Oklahoma and Department of Public Safety. The refusal comes because of the breathalyzer device that is used statewide.

"In November of 2015, the Sample vs. Oklahoma case was heard by the Civil Court of Appeals," Poteau Assistant Chief of Police Greg Russell said. "The state of Oklahoma was appealing the trial court decision that Samples' drivers license revocation be set aside."

The problem in Samples' case centers around the way the state approved the rules that oversee the use of two pieces of the Intoxilyzer 8000; the gas canister and the mouthpiece.

That means for thousands of DUI cases, the results from the breathalyzer cannot be used as evidence in court.

"Any tests that were run during that time frame could [possibly] be invalidated in the same manner as Samples," Russell said.

But, that doesn't mean those facing charges of driving under the influence are off the hook.

"You're going to be collecting evidence other than just that breath sample," Russell said. "That's just one portion of it. You've also got your standardized field sobriety, the notes  you take on that, and the clues when you were administering those tests. There's a lot of different thing that go into a DUI case."

One thing that was not challenged in the case was the accuracy of the breathalyzer test itself.

"It's not a matter of the machine itself being defective or giving fault readings," Russell said. "It's a matter of two add-on pieces of equipment not having been approved in the manner that the rules prescribed."

Russell said this doesn't mean there are no longer consequences for drinking and driving.

"The laws will still be enforced the same as they always have," Russell said.

The rule that oversees the pieces on the breathalyzer should have been approved through the State Administrative Procedures Act, a process that requires approval by the State Legislature and Governor Mary Fallin, rather than just by resolution by the Board of Tests.