As of Wednesday morning (May 8), former Northwest Arkansas developer Brandon Barber was still behind bars in the Washington County jail. Barber was ordered into... 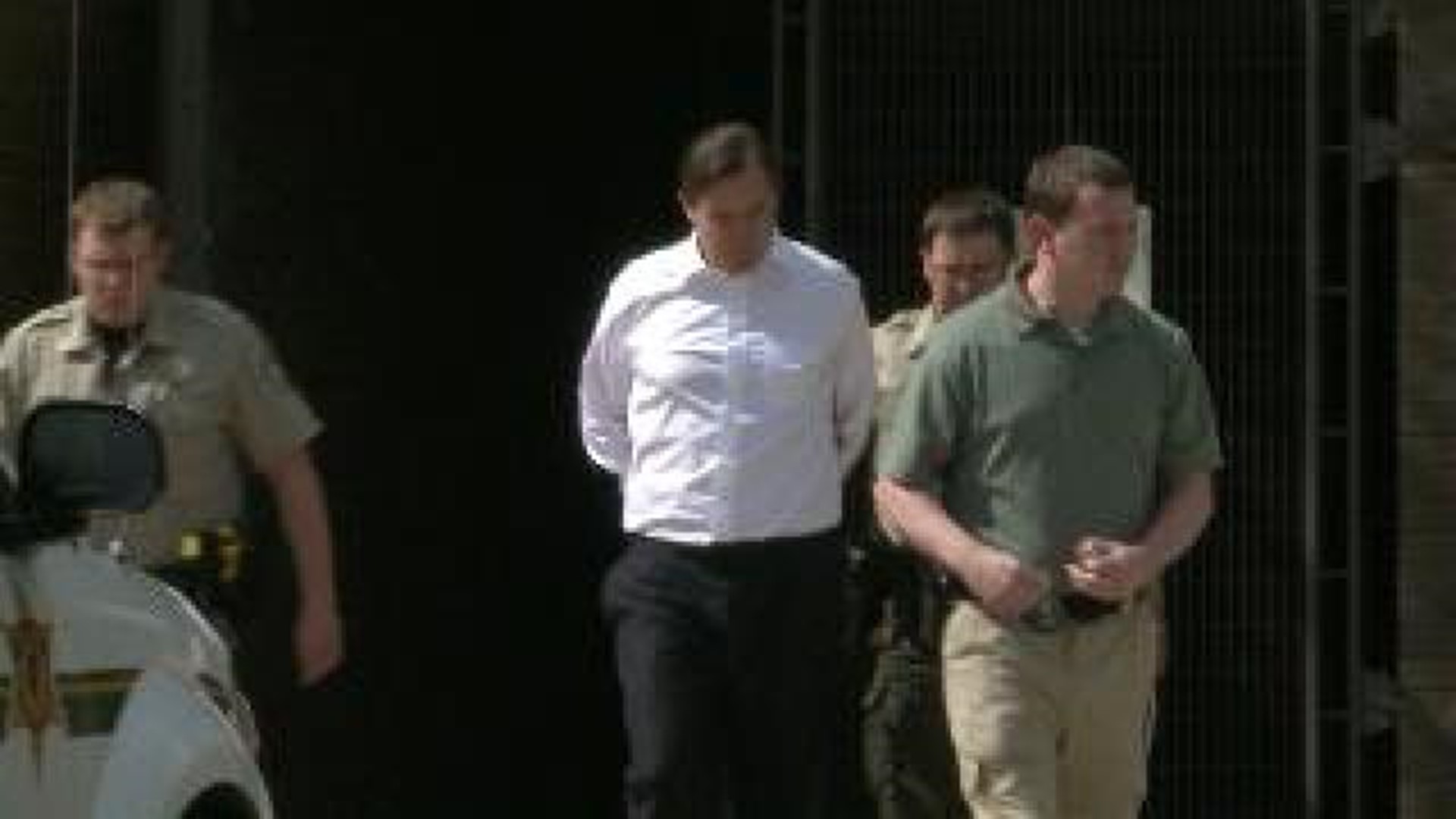 As of Wednesday morning (May 8), former Northwest Arkansas developer Brandon Barber was still behind bars in the Washington County jail.

Barber was ordered into jail Tuesday afternoon in the federal courthouse in Fayetteville.

Barber left the federal courthouse Tuesday in handcuffs, led away by Washington County Sheriff's deputies to the county detention center.

Judge Erin Setser ordered the fraud suspect to stay in jail until his attorney Asa Hutchinson III files a motion for a permanent location for his house arrest. Barber had been ordered to leave his Manhattan home and attend court in Fayetteville this week concerning the stipulations of his release in March after being arrested in New York.

Barber's fiancée's ex-husband requested a restraining order against Barber, meaning he is not allowed to be around his fiancée Kristin Foodim's children. A New York judge Tuesday extended the no contact order to another hearing on June 24th.

Since the restraining order is in place, Judge Setser said she didn't want Barber going back to the New York apartment he shares with Foodim.

During the hearing on Tuesday, Craig Robie, parole officer, said Barber's ex-wife Keri Chambers was willing to allow Barber to stay at her New York apartment temporarily. According to Robie, she said she would help him find a permanent location since she's in real estate.

However, Judge Setser said she wouldn't approve a location if it wasn't permanent. Another option mentioned during the hearing was with Barber's parents in Jonesboro.

Barber was accused of violating the terms of his release and Setser on Monday ordered the former developer to remain in house arrest at the Chancellor Hotel in Fayetteville.

On Monday, Barber was represented in court by Asa Hutchinson, a Republican candidate for governor, and his son, Asa Hutchinson III.

After Monday’s hearing, Asa Hutchinson III said the defense team’s goals at this week’s hearings were to put Barber in a “position to maintain his employment” and also to take care of his family.

“We were unsuccessful to do that and obviously disappointed with the judge’s ruling, but we will obviously honor the ruling move forward and look forward to our day in court,” he said.

Barber lives with his fiancee, Kristen Foodim, in New York City. She appeared in family court Tuesday in New York to decide whether Barber or her two children will live with her. He is not permitted under a prior order to be around her children, and the family court decided Tuesday to uphold the restriction.

Since Barber cannot stay with Foodim and her children, he must find another location in which to live. Until then, he remains in jail, Setser ruled.

Foodim testified in court in Fayetteville on Monday that she and Barber share an apartment in Manhattan and are paying $4,900 a month in rent. The monthly rent is expected to go up soon to $5,200. She said the two of them have “negative $100″ in a joint checking account, but added she receives $3,000 a month in child support from her former husband and a $500-a-day rate doing freelance marketing.

Barber was at the hearings this week after being arrested again in late April in New York by FBI agents after failing to alert authorities 48 hours in advance about a business meeting, Hutchinson said.

The hearing was to determine if Barber’s bond would be revoked, since the unplanned meeting violated the terms of his release on bond. If the bond had been revoked, he would have been sent to a federal prison to await his June 17 trial date.

Barber last month had an unplanned brief meeting near his Manhattan residence with the chef at Erminia Ristorante Italiano to discuss business, court records show. Barber works on a commission-only basis for The Hotaling Group, a New York-based insurance firm whose website identifies it as having sports and entertainment clients.

Out on a previous $500,000 bond, Barber had been restricted to home detention except for work, family and religious functions, records show. He wears an ankle bracelet to monitor his whereabouts.

Barber is expected to have a June 17 jury trial date before U.S. District Judge P.K. Holmes in Forth Smith, officials said.

Barber pleaded not guilty April 15 to all fraud counts during a federal court hearing in Fayetteville.

Four others charged in the case also pleaded not guilty: They are K. Vaughn Knight of Fayetteville, James Van Doren of New York, Jeff Whorton of Johnson and Brandon Rains of Springdale.

Barber, 37, was arrested in March in connection with a years-long investigation by federal agencies into fraud allegations.

Prosecutors, the FBI and the IRS allege that Barber declared bankruptcy in 2009 after racking up $200 million in loans, then hid assets from the courts and creditors during the bankruptcy process.

Less than a decade ago, Barber, then in his 20s, founded the Barber Group in Springdale and tackled several high-profile area projects such as the Legacy Building and the Bellafont condominiums in Fayetteville. He even proposed the 15-story Divinity Hotel in Fayetteville in 2006.

In debt and collecting lawsuits, Barber filed for Chapter 7 bankruptcy in 2009, but is accused of hiding his assets from creditors. A year later, he was arrested on suspicion of driving while intoxicated for the second time in recent years, police records show. His development company also filed for bankruptcy, and he moved to New York. 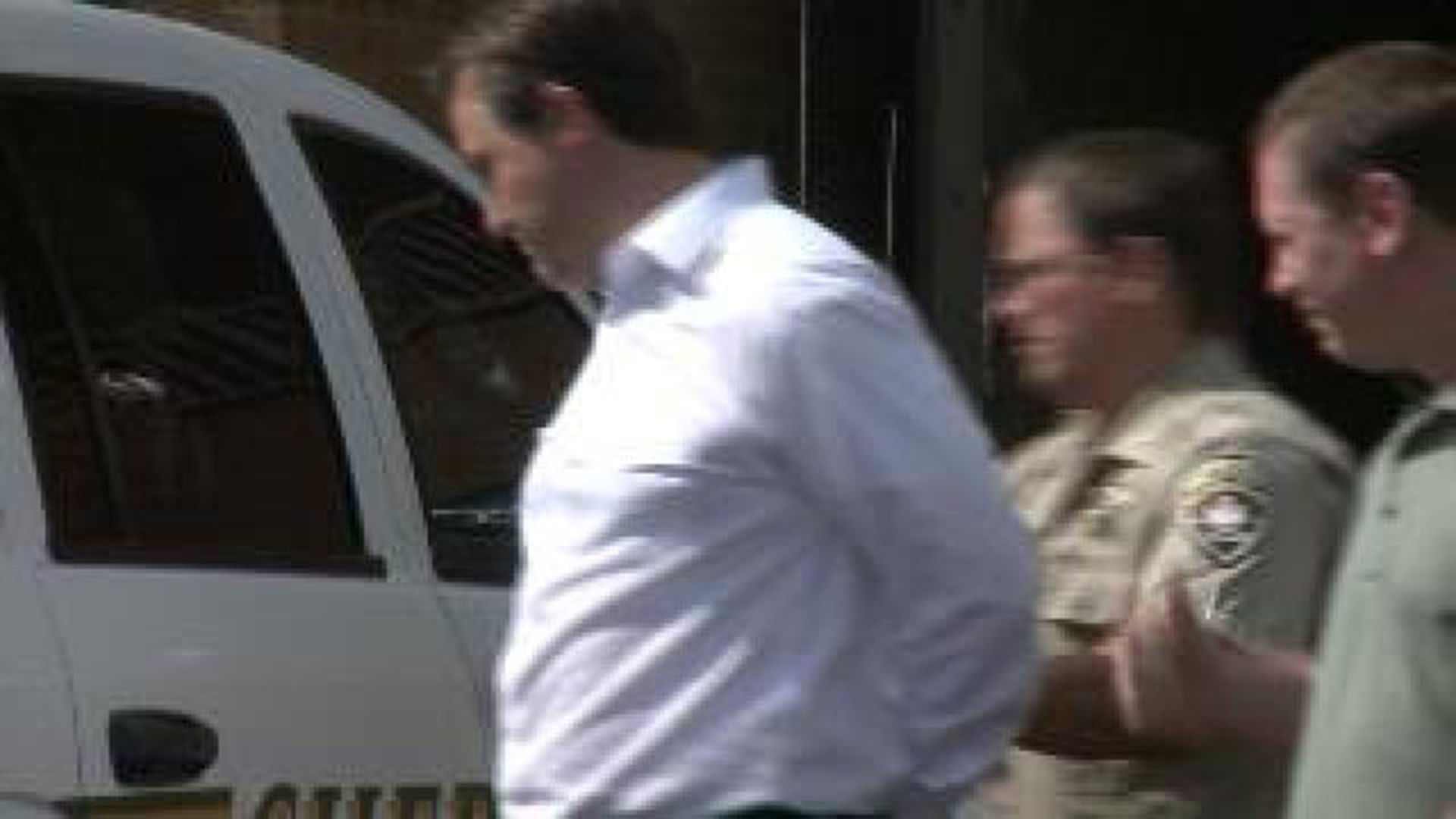