FORT SMITH (KFSM) — A Hackett man is accused of running over a boy on a bicycle, and fleeing from the scene. David A. Haaser Sr., 61, of Hackett was arrested on... 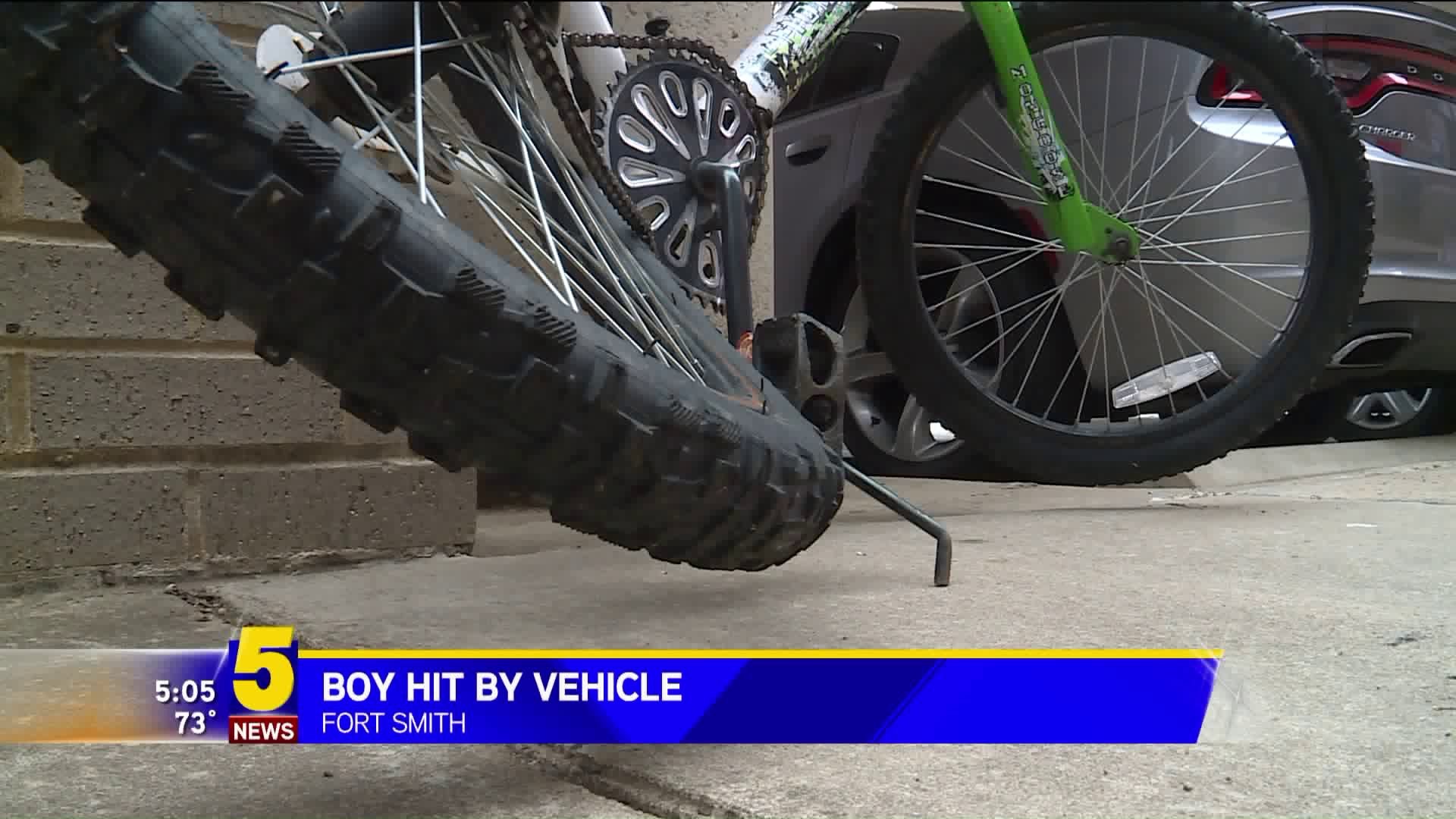 FORT SMITH (KFSM) — A Hackett man is accused of running over a boy on a bicycle, and fleeing from the scene.

David A. Haaser Sr., 61, of Hackett was arrested on suspicion of leaving the scene of an accident with injury, which is a felony charge.

Shortly before 7 p.m. Tuesday (March 7) an 11-year-old boy was riding his bicycle home after leaving a friend's. Rather than returning home safely, he was struck by a reported speeding driver, according to police.

A witness also told police the boy was ejected about 30 to 40 feet from his bicycle, the boy's uncle Herman Sims, said.

The 11-year-old O'rhyen Bonilla explained the extent of his injuries.

I had two fractured ribs, a bruised lung and a small collapsed lung," Bonilla said.

He also sustained scrapes to his face and knees, an officer said.

He was initially taken by ambulance to Mercy Hospital in Fort Smith. A short time later, he was taken by a medical helicopter to Children's Hospital in Little Rock, according to police.

"It was really hurtful to know somebody left him. That was the biggest part. To leave a kid on the side of the road, that's heartbreaking," Sims said. "He's an active kid. A smart kid, real smart kid. It hurts me to know somebody this young and smart can go through something like that."

Police found Haaser's van at a parking lot nearby the scene, at least 25 minutes after the incident happened, an arrest report states. The driver, who was later identified as Haaser, told officers he knew he had struck something, but kept driving. He told police he thought he struck a dog.

An officer stated in the report that he questioned Haaser about why he didn't return to the scene after seeing first responders and hearing sirens, but Haaser reportedly wouldn't give the officer an answer that made sense.

Haaser was released Wednesday morning from the Sebastian County Detention Center on a $5,000 bond.