SILOAM SPRINGS (KFSM) — The boy who police say was pulled from a fountain in Siloam Springs after his stepfather, suspected of being intoxicated, wrecked his tr... 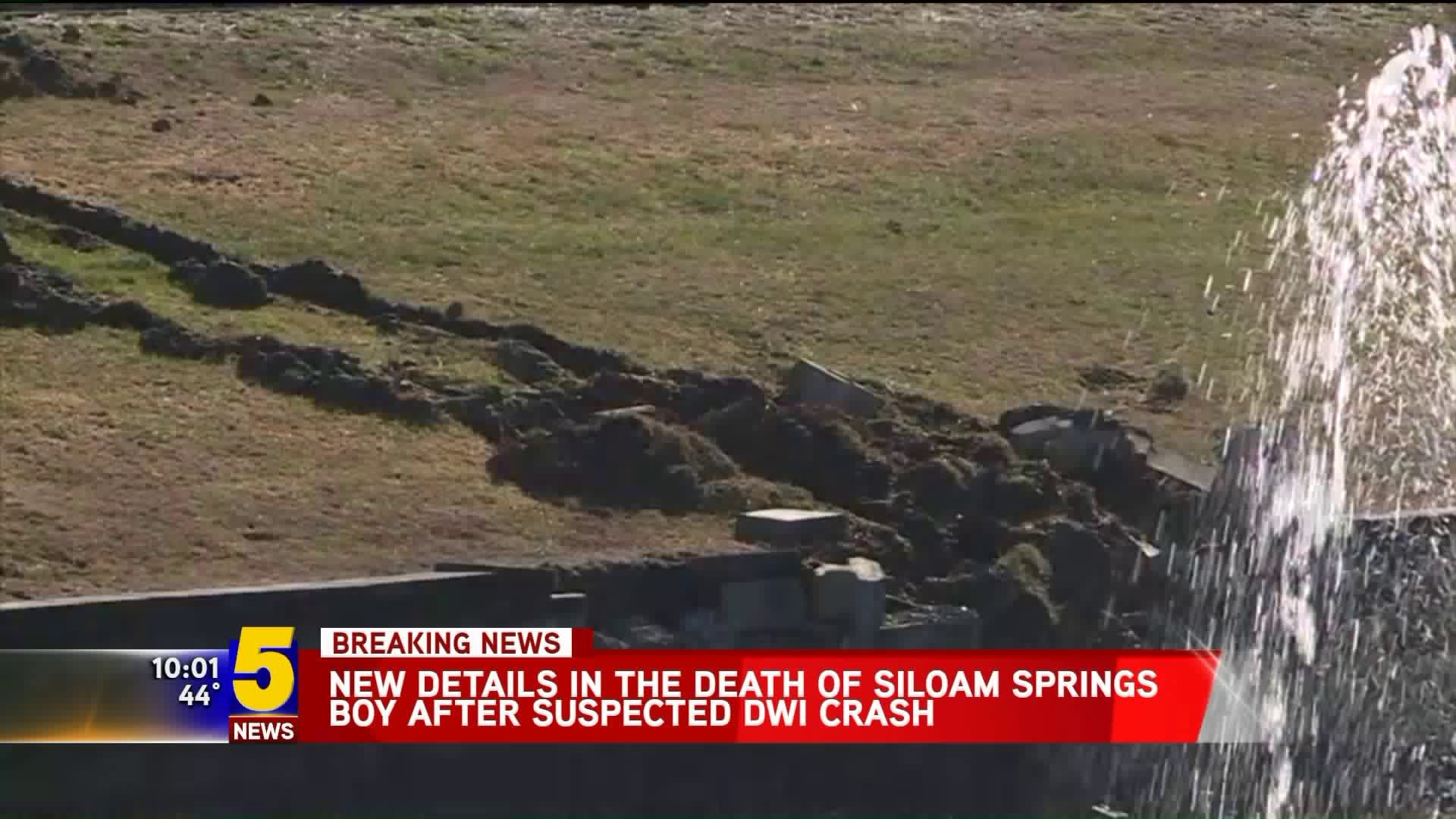 SILOAM SPRINGS (KFSM) — The boy who police say was pulled from a fountain in Siloam Springs after his stepfather, suspected of being intoxicated, wrecked his truck there has died.

Benton County Prosecuting Attorney Nathan Smith confirmed that Tyner Levi Hemmitt, 11, died at St. Francis Hospital in Tulsa about 6:30 p.m. Tuesday night after being taken off life support. The medical records stated that Hemmitt was presented to St. Francis after drowning and cardiovascular tachycardia was present. Later records stated that he had severe lung injury and a hypoxia head injury. The records also stated that he was on ventilation.

Tyner was pulled from the fountain at Main Street and U.S. 412 after the accident about 10 p.m. last Thursday (Jan. 3).

Police arrived on scene to find Michael Guest outside of the truck. He told police his stepson was still in the truck, which was on its side and submerged in the fountain. After investigating, officers found no physical evidence that showed the vehicle attempted to slow down before running into the concrete cinderblocks of the pond.

Police and firefighters entered the water and flipped the truck upright so they could pull Tyner out of the truck. He was taken to Siloam Springs Regional Hospital before being transported to St. Francis Hospital in Tulsa, where he was placed on life support.

Guest, 38, was treated and released from Siloam Springs Regional Hospital before being arrested on charges of driving while intoxicated and first-degree endangering the welfare of a minor. Guest did not take a field sobriety test on the scene but did take a breathalyzer test three hours after the accident and blew a .06. He also gave a blood sample and it will be sent to the crime lab to test his blood alcohol level.

Guest was released on $75,000 bond Tuesday on the charges. Capt. Derek Spicer of the Siloam Springs Police Department said he may face additional charges in light of his stepson's death, but that any additional charges would be up to the Benton County prosecutor.

Guest had a hearing set for Feb. 11 in Benton County Circuit Court on the original charges.