Teen Run Over By A Tractor In Logan County

LOGAN COUNTY, Ark. (KFSM) — A 17-year-old is recovering after being run over by a tractor tire Tuesday (April 2) in Logan County. A deputy with the Logan County... 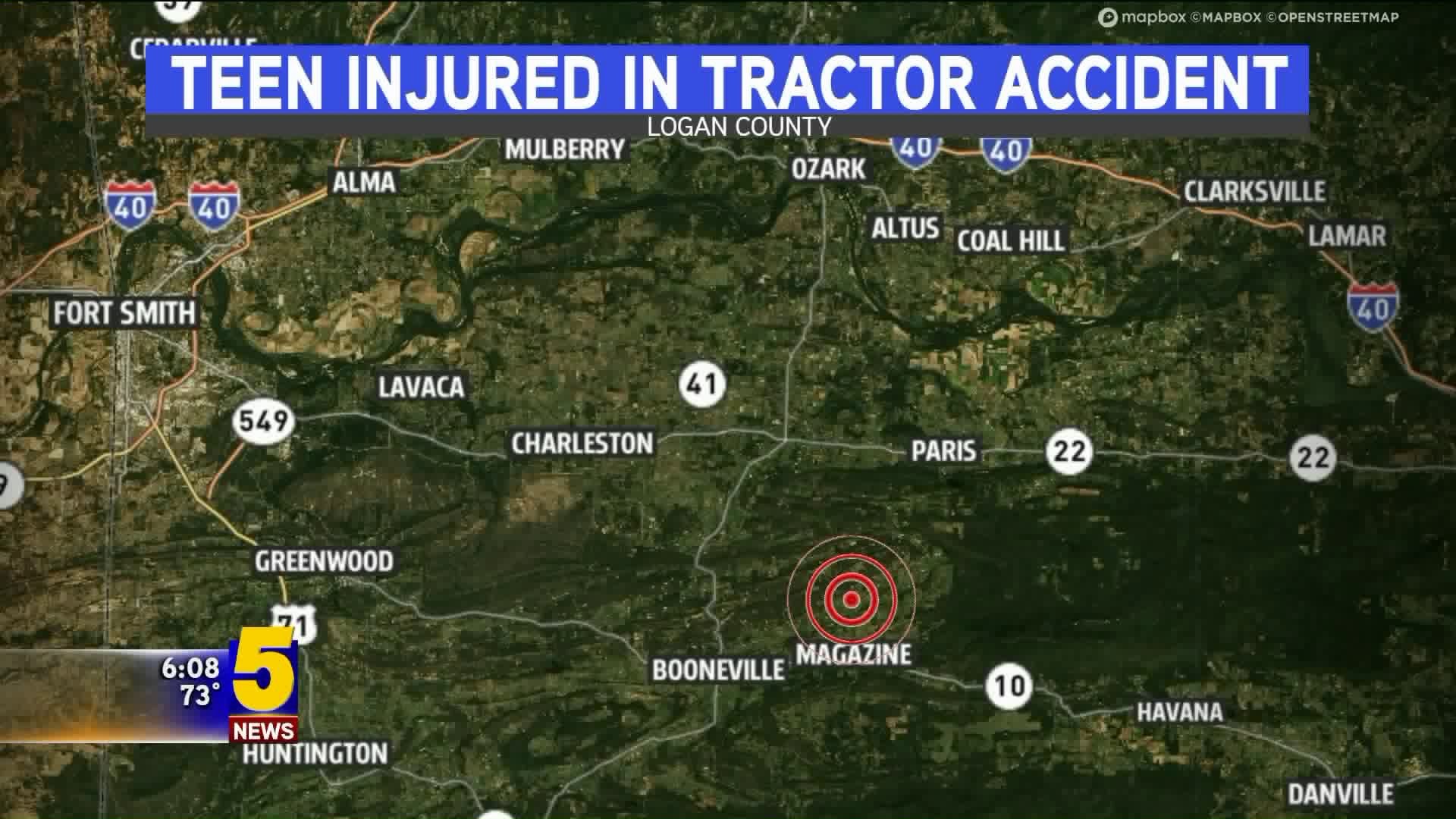 LOGAN COUNTY, Ark. (KFSM) — A 17-year-old is recovering after being run over by a tractor tire Tuesday (April 2) in Logan County.

A deputy with the Logan County Sheriff's Office was driving on State Highway 109 Tuesday when she saw a boy dragging another boy across the road. She then noticed the boy being dragged was unconscious, and a tractor was pulled off of the roadway.

The deputy helped pull the boy out of the road, and an EMS ambulance was called to the scene.

She then asked the other teen what had happened and he said his friend had fallen off of the tractor while driving down the road.

The boy that was hurt was breathing but not conscious, and had blood around his left eye. The deputy began talking to him and he opened his eyes and started saying "Help me" over and over again, according to an incident report.

The deputy was able to learn the boy's name and the mother's phone number from his friend.

The victim began trying to get up, and the deputy asked him to sit still and stay calm. He said, "Mommy, I love you, am I going to die?"

The incident report states that the victim eventually became aware enough to answer some questions and told emergency crews he hurt all over.

The victim's mother arrived on the scene. The deputy then continued to ask the victim's friend what happened.

He said they were coming from the victim's house to his house just up the road, and that the victim fell off of the side of the tractor and he had run over him with the back left tire.

The victim was transported by helicopter to a local hospital.

The extent of his injuries is unclear at this time.