GREENWOOD (KFSM) — Thursday (April 19) marks the 50th anniversary of a deadly tornado in Greenwood. On April 19, 1968 a powerful twister, which was likely... 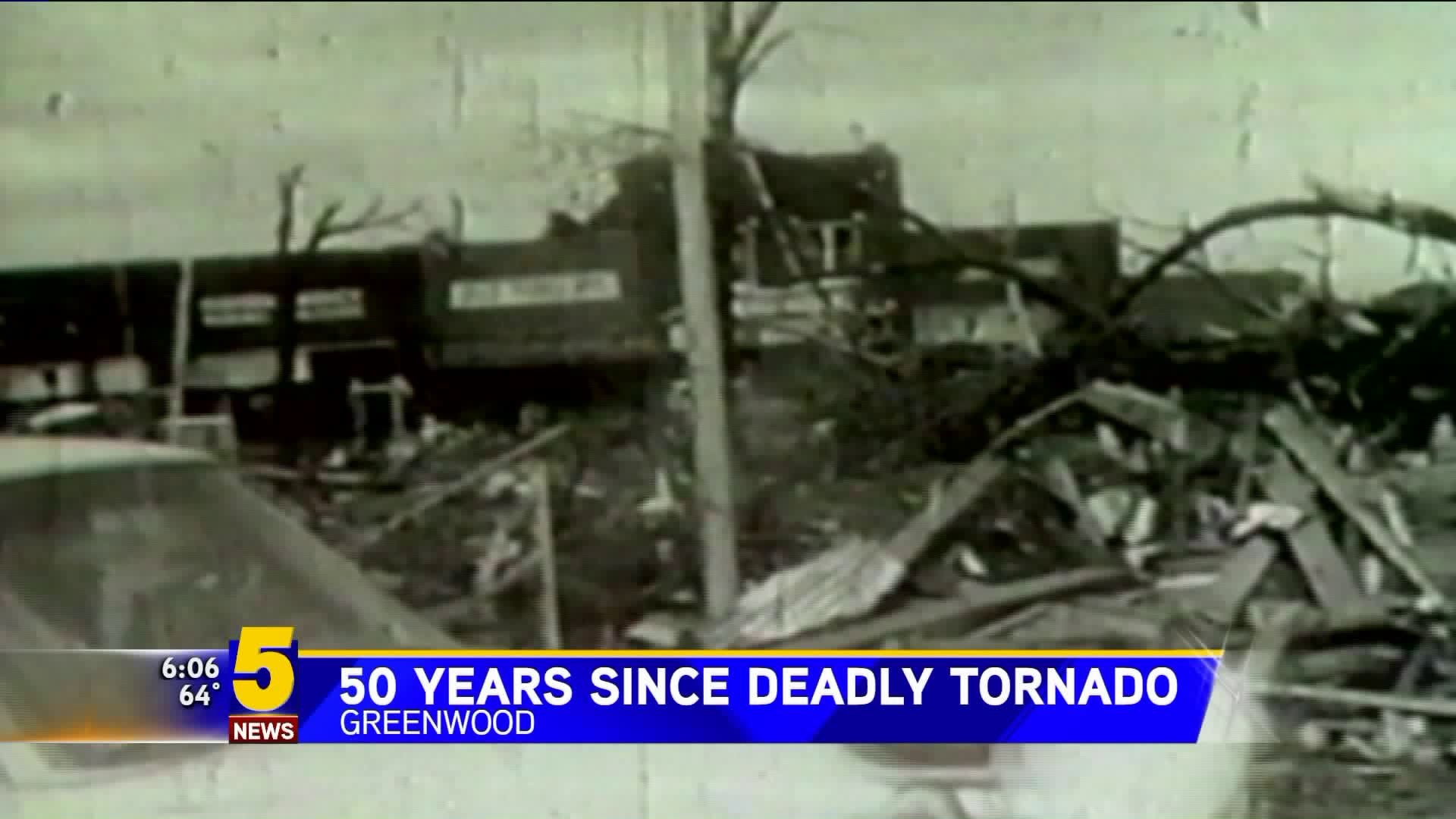 On April 19, 1968 a powerful twister, which was likely an EF-4, swept through the heart of the Greenwood community. It touched down for about four minutes, destroying hundreds of homes and businesses and killed 13 people.

To mark the occasion, Farmer's Bank and the Wilkinson family released a book of photos and articles from the tornado. The book, titled "Rising from the Rubble", was given out Thursday at Farmer's Bank in Greenwood.

The Wilkinson's saved every article and picture regarding the deadly tornado, which gave them the idea to make the book.

5NEWS spoke to Greenwood resident Dr. James Burgess who remembers the tornado. He said he's proud of how well the community bounced back after the disaster.

"Greenwood came back in a good fashion. The Greenwood people worked very hard, and we had a lot of help. Every community around us helped," Burgess said.

The Wilkinson's said this is the first edition, and they plan to release another one in the future.