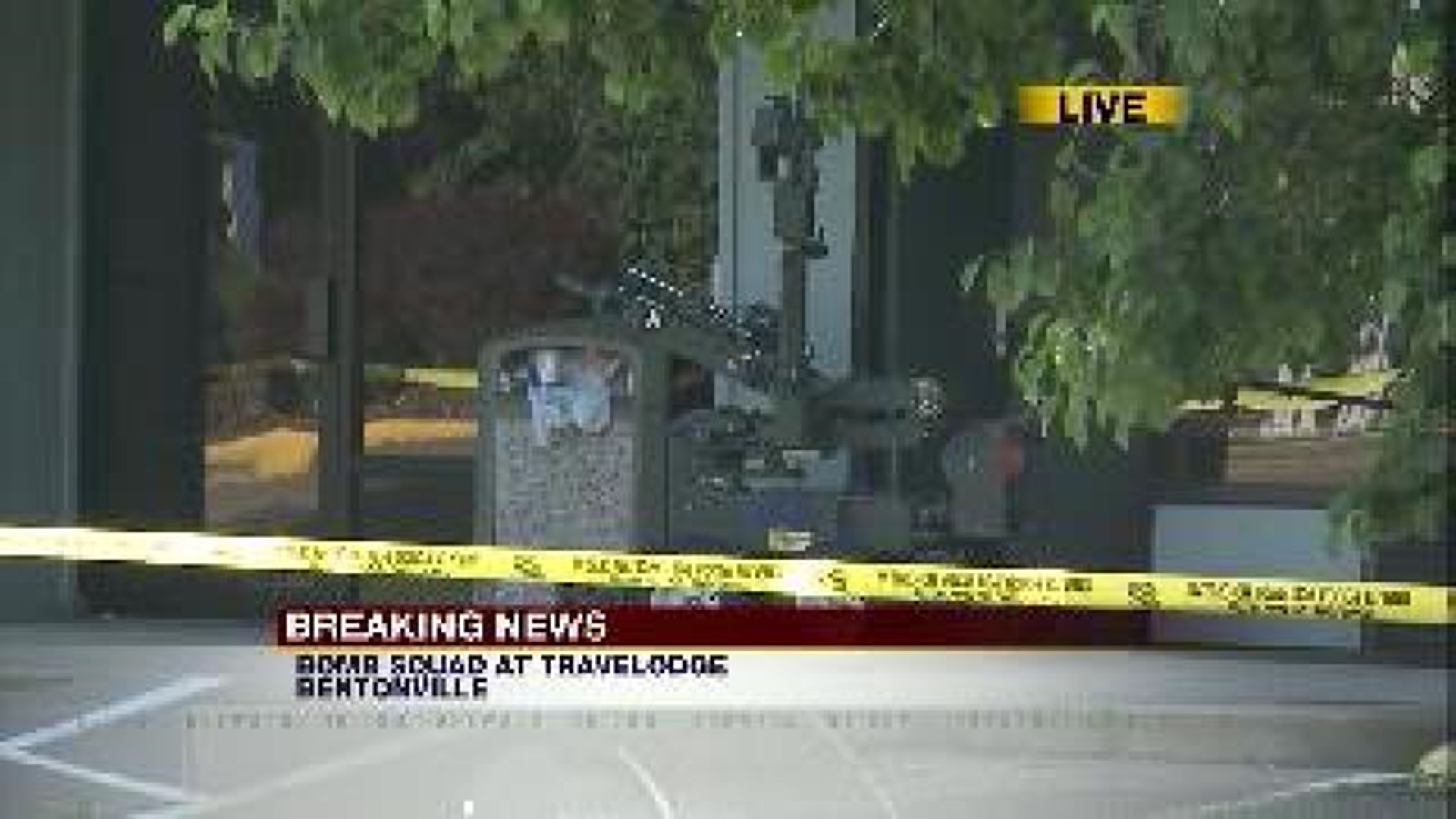 Around 7 a.m. Bentonville police officers, along with the  Bentonville Bomb Squad, and the Bentonville Fire Department arrived at the Travelodge motel at 2307 SE Walton Blvd. after multiple suspicious items were found inside an unoccupied motel room.

The Braum's Ice Cream and Dairy next door was evacuated around 8:50 a.m. as a precautionary measure.

"Police came in and said do you know where your manager is and so I contacted her and he said we need to evacuate the building now," said Chelsea Doty, Braum's employee.

The Braum's was open for breakfast, however the Travelodge motel has been closed for several months.

Authorities said the officers that went inside brought out a red gas canister, a five gallon white bucket with an unidentified substance inside, PVC pipes, and wires.

"What it turns out to be is just a mixture of household commercial chemical type items that were put together in a way they just couldn`t readily be identified as to what they were the purpose of," said Simpson.

Simpson said the materials did not appear to be explosive or drug related. The bomb squad and police department have turned the investigation over to the HAZMAT team in hopes of figuring out the intended use for those items.

Bentonville Police Chief Jon Simpson is calling the reason behind the materials a "mystery" and said it could just be "mischievous play."

"It just comes down to a situation where our officers saw something that has no known purpose, no known reason it would be here but it was assembled in a way it would be alarming," said Simpson.

He said there did not appear to be forced entry, but did say the department would step up patrols in the area.

Braum's employees told police they did see activity next door.

The bomb squad left the scene around 10 a.m. but police and fire officials were still investigating the scene until early afternoon.