BOKOSHE, Okla. (KFSM) — A group in Bokoshe is turning an antique fire truck into a traveling 9/11 memorial. Jason Mattingly is the founder of the 9/11 Mem... 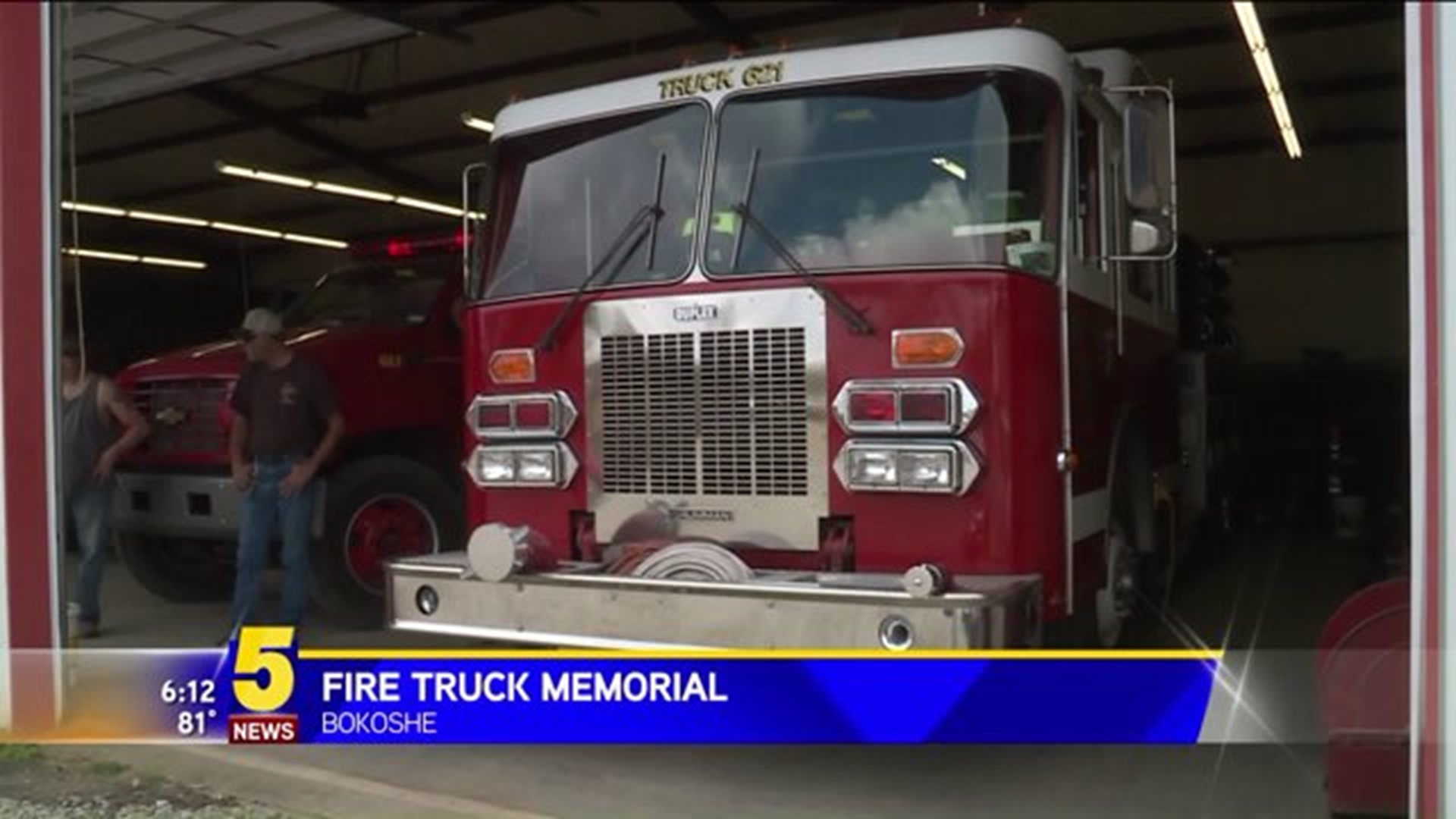 BOKOSHE, Okla. (KFSM) -- A group in Bokoshe is turning an antique fire truck into a traveling 9/11 memorial.

Jason Mattingly is the founder of the 9/11 Memorial Fire Truck Engine 343, which represents the number of firefighters who died that day.

"We're going to have the truck completely restored," he said. "It's going to be an education memorial."

The 1969 Ford F-1000 Super Cab will be outfitted with photos of firefighters who died on 9/11 and different compartments in the fire truck will feature different stories about what happened in New York City in 2001.

The truck will travel to schools and parades and eventually, it will make its way to New York.

"We're going to let their fire department, police department and EMS take a look at it," Mattingly said. "Sign it somewhere and be a part of it."

The truck was a gift from the Bokoshe Fire Department after the truck was taken out of service.

Interestingly, the fire truck the department uses now is a fire truck bought from New York City that was used during 9/11. Mattingly said it still had ash inside when they got it several years ago.

"The history of this and what we're trying to do with this former truck and how everything is intertwined, it's pretty neat," he said.

The community can see both fire trucks side by side on Saturday at the Bokoshe Park starting at noon.