Boating Safety For The Fourth Of July

BEAVER LAKE (KFSM) — The Fourth of July is a popular boating holiday, but it can also be a dangerous one. In Arkansas, there have been seven boating fatal... 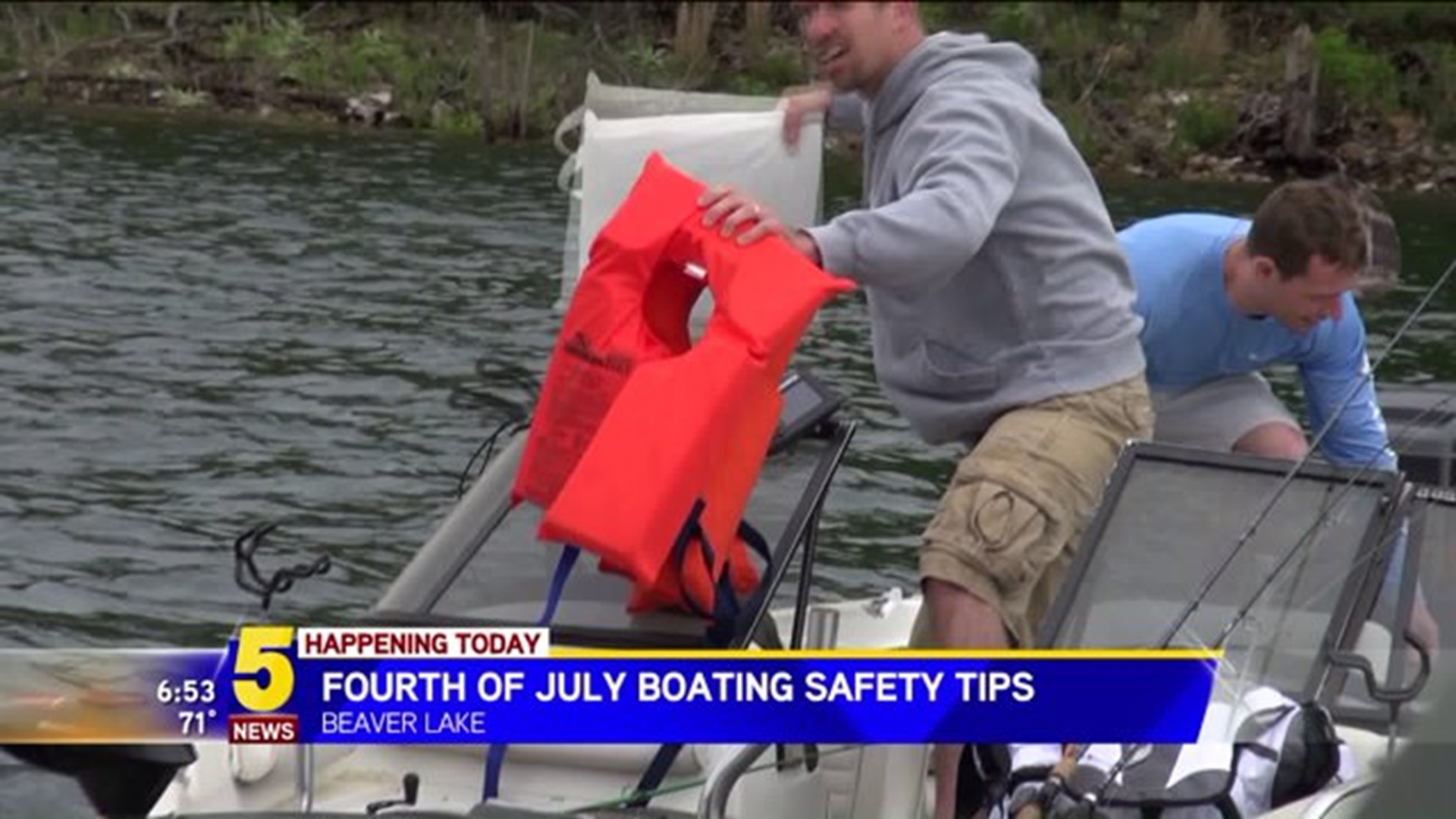 BEAVER LAKE (KFSM) -- The Fourth of July is a popular boating holiday, but it can also be a dangerous one.

In Arkansas, there have been seven boating fatalities this year. Six of those probably could have been prevented with the use of a life jacket, said Randy Zellers, with the Arkansas Game and Fish Commission.

Members of the Army Corps of Engineers said they expect this holiday to be among the busiest times of the year for the region's lakes and rivers, meaning it's extra important for boaters and lake-goers to practice good water safety habits. Ignoring the rules could result in serious injury or death.

If you decide to get off the boat and take a dip, the Corps said to never swim alone and don't rely on toys like inner tubes and water wings to stay afloat. Use a life jacket.

"We always make sure we're wearing sunscreen; you don't want to get sunburned on the water," said Karaline Paul, a boater. "We always have life jackets, enough for every single person on the boat. We have flashlights or some kind of emergency flashers or rope for any kind of emergency, and we like to ski and wake board and stuff, so you always want to have extra people on board so that the drivers can watch out for a person falling off or crashing."

Zellers also mentioned that drinking on the water can hit a person harder because alcohol affects people more in the sun. He said if  you're caught boating under the influence, you could get your driver's license suspended.