FORT SMITH (KFSM) — Hundreds had what some may consider as a once-in-a-lifetime opportunity. They enjoyed a free show by one of the hottest names in count... 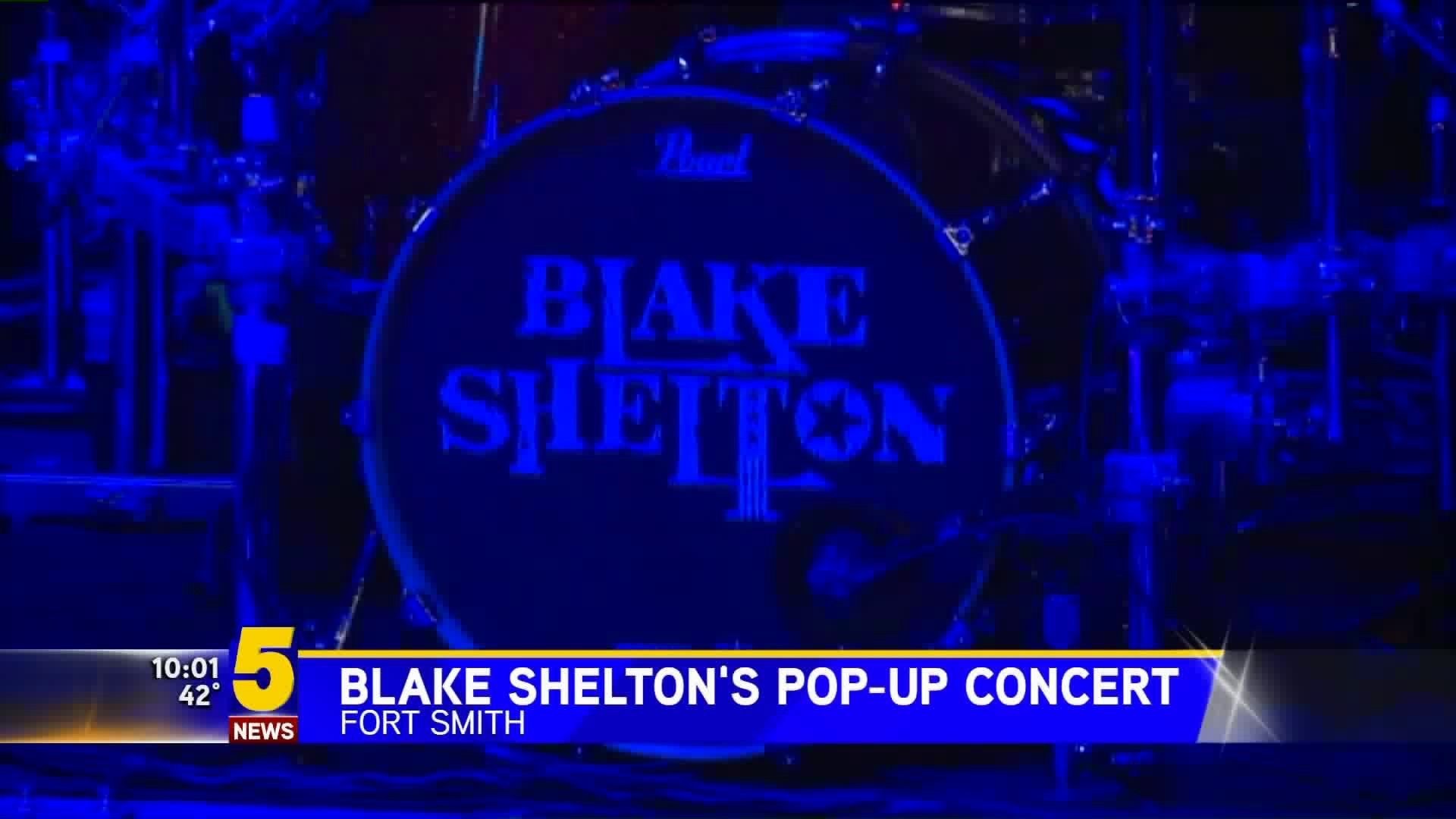 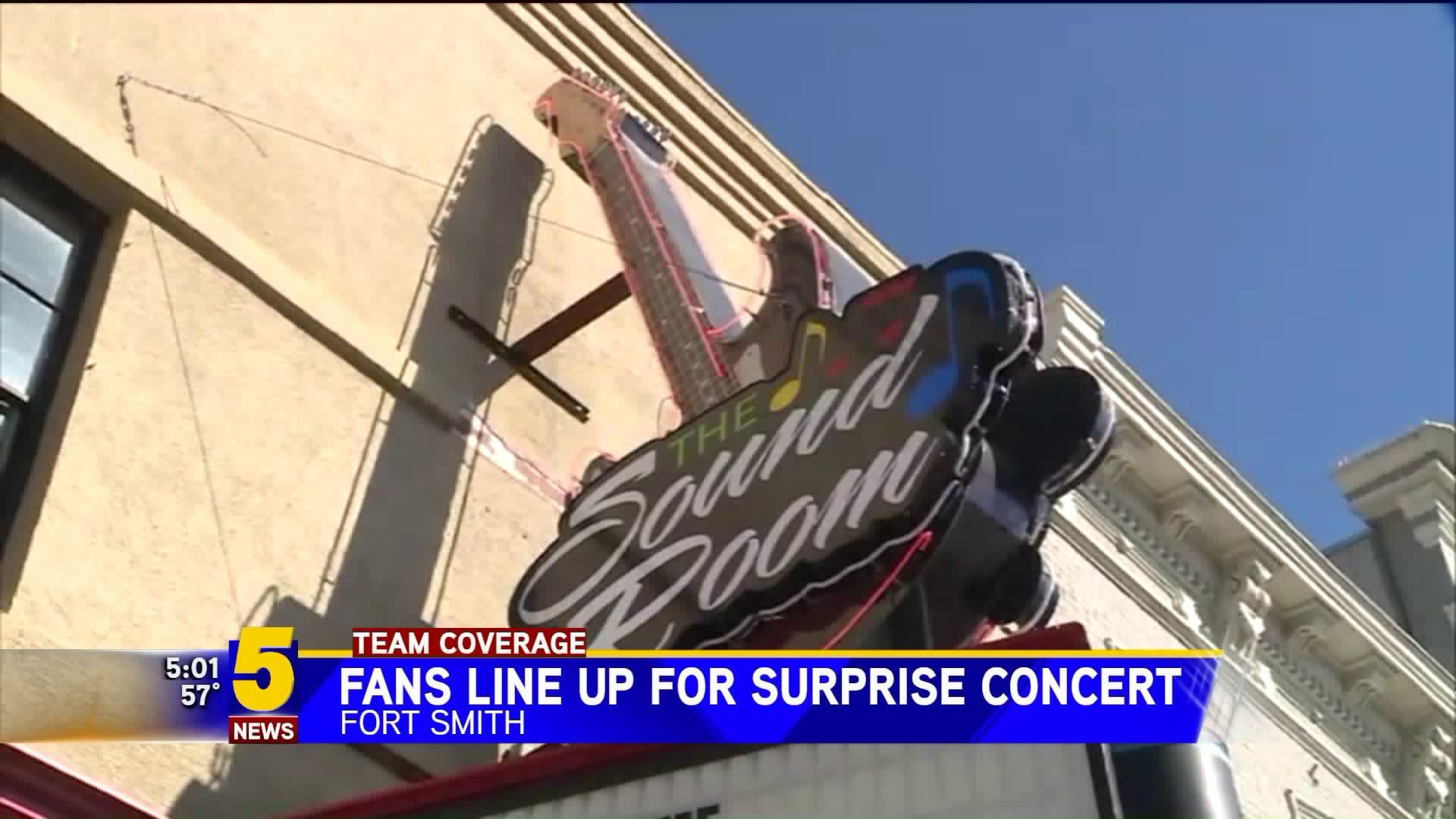 FORT SMITH (KFSM) -- Hundreds had what some may consider as a once-in-a-lifetime opportunity. They enjoyed a free show by one of the hottest names in country music, and a familiar face on one of America's most popular shows.

He also played a "pop-up" concert for fans at The Sound Room. Shelton often travels around the country performing shows in a pop-up concert series. The owners of The Sound Room told 5NEWS they were shocked when they were called and told about the concert from Shelton's team.

When Shelton walked onto the stage he said, "We just came to play some country music here in Fort Smith."

Shelton's fiddler Jenee Fleenor, who has also played with Martina McBride, Terri Clark and Rascal Flats... to name a few, is from Springdale and spoke about what it's like playing on stage and with Shelton.

"It`s a feeling like no other. You know, I thought I just wanted to be a studio musician when I moved to town, but there`s nothing like getting that audience and hear that applause...in a way that gets you hooked," Fleenor said.

Fleenor has also joined Shelton on The Voice.

She said, "Playing with Blake is so amazing. He`s actually cut a couple of my songs and I played on his records and I`ve dreamed of doing this and playing violin since I was three years old and country music was always close to my heart."

The crowd cheered constantly and lots of people were heard singing along. Those who couldn't get in because of capacity issues enjoyed the show from sidewalks on neighboring streets.

Tiffany and Addie Sharum who are also fans of Shelton enjoyed the show on a sidewalk.

"We`re getting to experience everything and Blake`s putting on a great show...we`re excited. It`s a great view even if you`re outside and you can still see everything," they said.

Shelton announced the concert at noon Thursday via Twitter.

Hey y’all, how does a show in Fort Smith, Arkansas sound!? How about tonight!? Because it is happening! See you at The Sound Room tonight at 8pm! It’s a free show with limited space so first come, first serve! - Team BS

Shelton is a Grammy nominated country singer from Tishomingo, Okla. His many hits include "Austin," "Ol' Red," "Honey Bee," "God Gave Me You," and "Lonely Tonight." He is also known for his role as a judge on the popular singing competition show, "The Voice."

He has been in a relationship with pop star Gwen Stefani since Nov. 2015. Shelton and Stefani often travel together and she was spotted stepping off his tour bus in Fort Smith.