Shoppers packed local stores Thursday to get a head-start on Black Friday deals, as retailers start their sales earlier and earlier. Stores in the Northwest Ark... 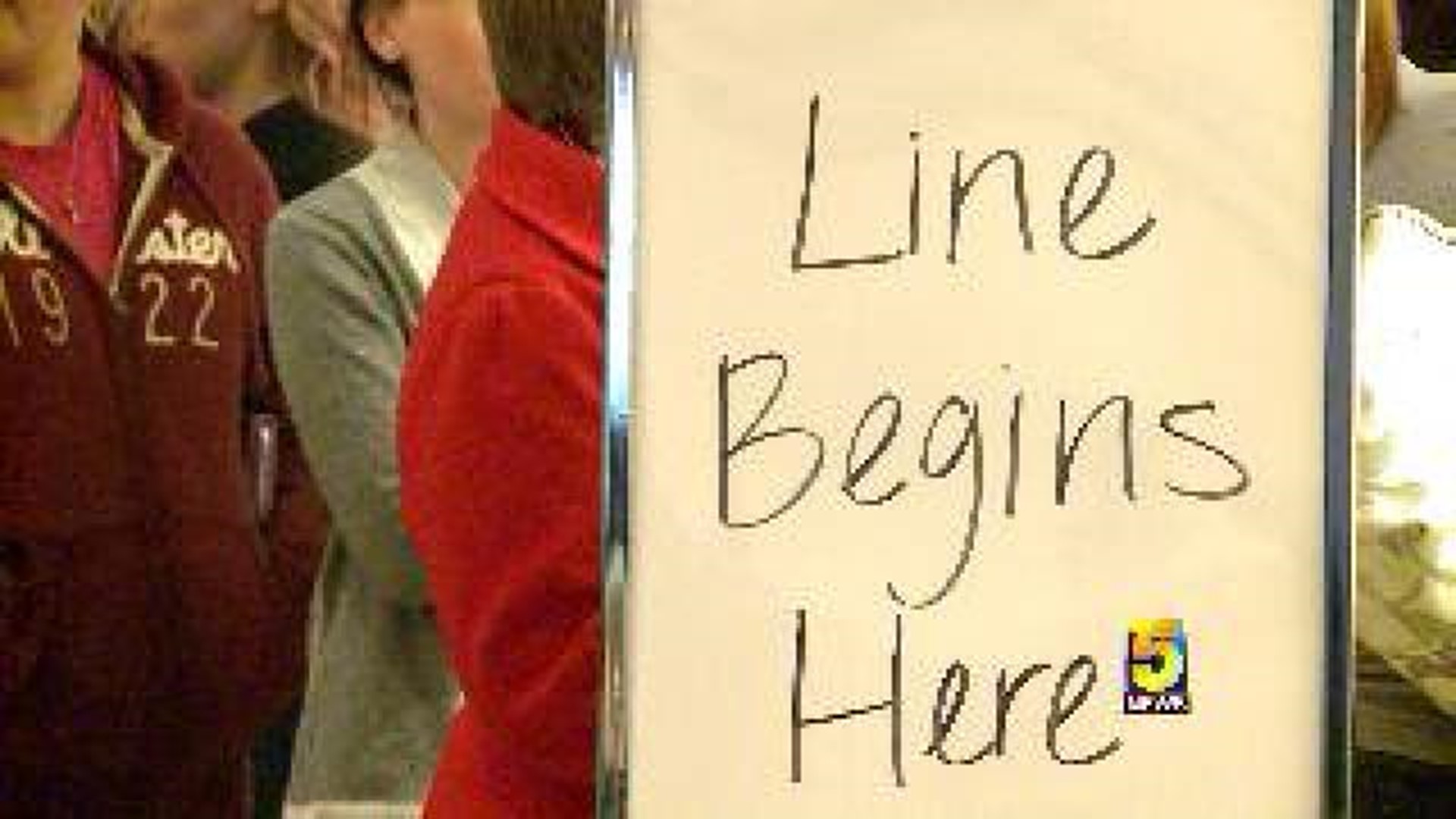 Shoppers packed local stores Thursday to get a head-start on Black Friday deals, as retailers start their sales earlier and earlier.

Stores in the Northwest Arkansas Mall opened for the time on Thanksgiving, at 8 p.m. A crowd waited at the doors by the dozens, mainly to save money on their holiday shopping.

"We're just trying to be the first to get in and get out and not have to get stuck in the hustle and bustle," Kyla McGee, said. "I'm here to save some money, a little bit at least and not have to pay regular retail retail value, which it helps a lot during the holidays."

Shoppers waited in line to get the doorbuster deals at other stores in Northwest Arkansas as well. Hundreds waited outside of Best Buy in Fayetteville, some even setting up tents near the front of the line. The store opened at 6 p.m., the earliest the franchise had started to offer its Black Friday sales, according to a store manager.

Jake Oldenburgh and his friends were the first in line to get into Best Buy.

"It feels pretty cool. Everybody's back there, and they may not get what they want to get because we're in the front and we're going to get it. That's the cool part about it," he said.

Cherilyn Fowler waited outside of the mall Thursday night after already snagging some deals at Walmart.

"I just saved $50 over at Walmart, 50 or 60 dollars over at Walmart, because I like to buy things for other people other than myself, so it saves a lot of money when I come out on Black Friday," Fowler said.