ROGERS, Ark. (KFSM) — One local boy’s birthday ended with a big present for the entire family. The Toyota-obsessed little boy wanted his birthday party at... 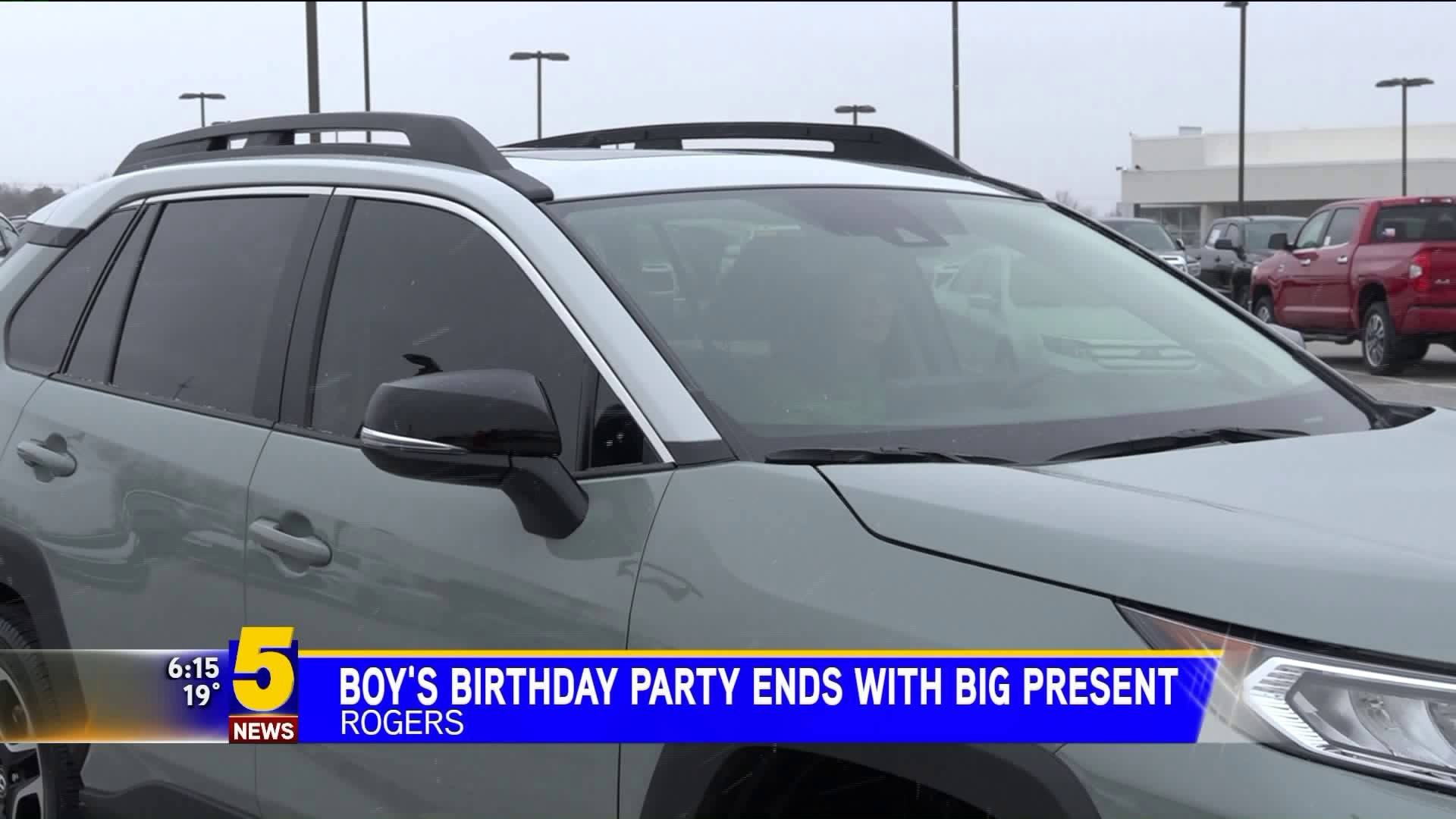 ROGERS, Ark. (KFSM) — One local boy's birthday ended with a big present for the entire family.

When Holden Monson's 6th birthday rolled around last February, the location for his party was a no-brainer for him.

"Travis asked him three different times weeks apart, and each time he said, 'no, I want my party at Toyota,'" said Toni Luetjen, Director of Marketing at Toyota.

Unlike other 6-year-olds, a pizza arcade was not an option for his big day.

Holden's party included an FJ Cruiser cake, scavenger hunts around the dealership, Pin the Wheel on the 4 Runner and Hot Wheels races.

Travis Monson, Holden's father, reached out to Toyota corporate for company-themed décor to make the party unique, and that's when the word of the families loyalty began to spread.

"It was just a simple question of may we have a birthday party here, and it just snowballed into this huge thing of now we have a free car, and we are very blessed and thankful for Toyota doing that," he said.

Group Vice President of Toyota Division Marketing, Ed Laukes, got word of the party and made a personal appearance where he gifted the family a brand new 2019 RAV4.

"When they told Travis that we were getting it I thought they were joking and I've been in shock ever since then," said Holden's mother, Ashley.

Now, just days away from Holden's 7th birthday, the family got to take home their new ride.

"It turned out to be one of the best birthday parties he has ever had," said Travis Monson.