Arkansas poultry has been banned in Russia, Japan and Hong Kong — and in Mississippi and Georgia — after bird flu was discovered last week at a Scot... 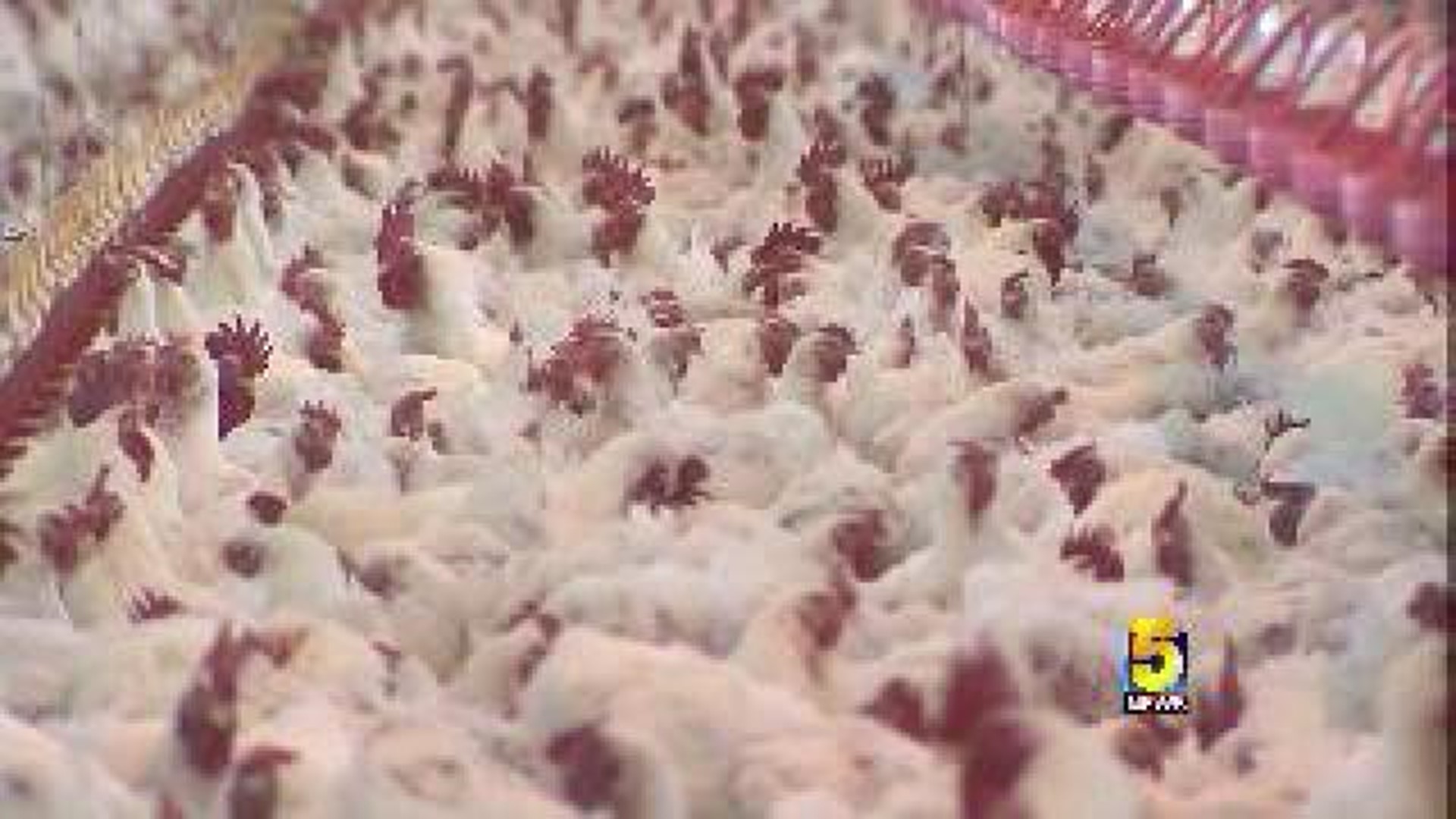 Arkansas poultry has been banned in Russia, Japan and Hong Kong -- and in Mississippi and Georgia -- after bird flu was discovered last week at a Scott County farm, a state official said Wednesday (June 26).

In addition to those places banning the sale of Arkansas poultry, China is in discussions with state officials also about a possible ban, said Preston Scroggin, director of the state Livestock and Poultry Commission.

The commission received confirmation of the positive test on June 18 and quarantined all poultry within a 6.2-mile radius of the Scott County chicken house facility where the infected bird was located, according to Gov. Mike Beebe’s office.

Scroggin said 18 chickens from that farm in Boles were found last week to have Avian Influenza, commonly known as bird flu. Those birds were killed, as were 9,000 other chickens that were destroyed in the area as a precaution. He said the bird flu incident was isolated to one farm.

Scroggin said testing on June 25 showed no new instances of bird flu. Birds will be tested again in 10 days. If those tests are negative, more tests will be conducted 90 days later. Negative results at that time will mean there are no chickens with bird flu, he said.

The farm where bird flu was located provides breeder stock for Tyson Foods, which has a plant in Scott County within the quarantine radius, officials said. Tyson products were not shown to be contaminated by the incident, authorities said.

"The pond water was used at the poultry farm," she said. "It has nothing to do with our recent flooding.”

The positive test poses no public health threat, and bird flu (H7N7) cannot be transmitted to people “through the consumption of properly prepared poultry,” according to a statement from the governor's office.

The state is coordinating with the U.S. Department of Agriculture on additional testing, according to the governor’s office.

Scroggin said the ban on poultry could have an impact on the state economy, since 47 percent of Arkansas' agricultural production in is in poultry.

However, he said he expects the issue to be resolved, and added the state is working with officials in the places where Arkansas poultry is banned to have sales reinstated.