FAYETTEVILLE (KFSM)- The attorney for an Arkansas lawmaker from West Fork released a statement Thursday (March 5) in response to claims in published reports tha... 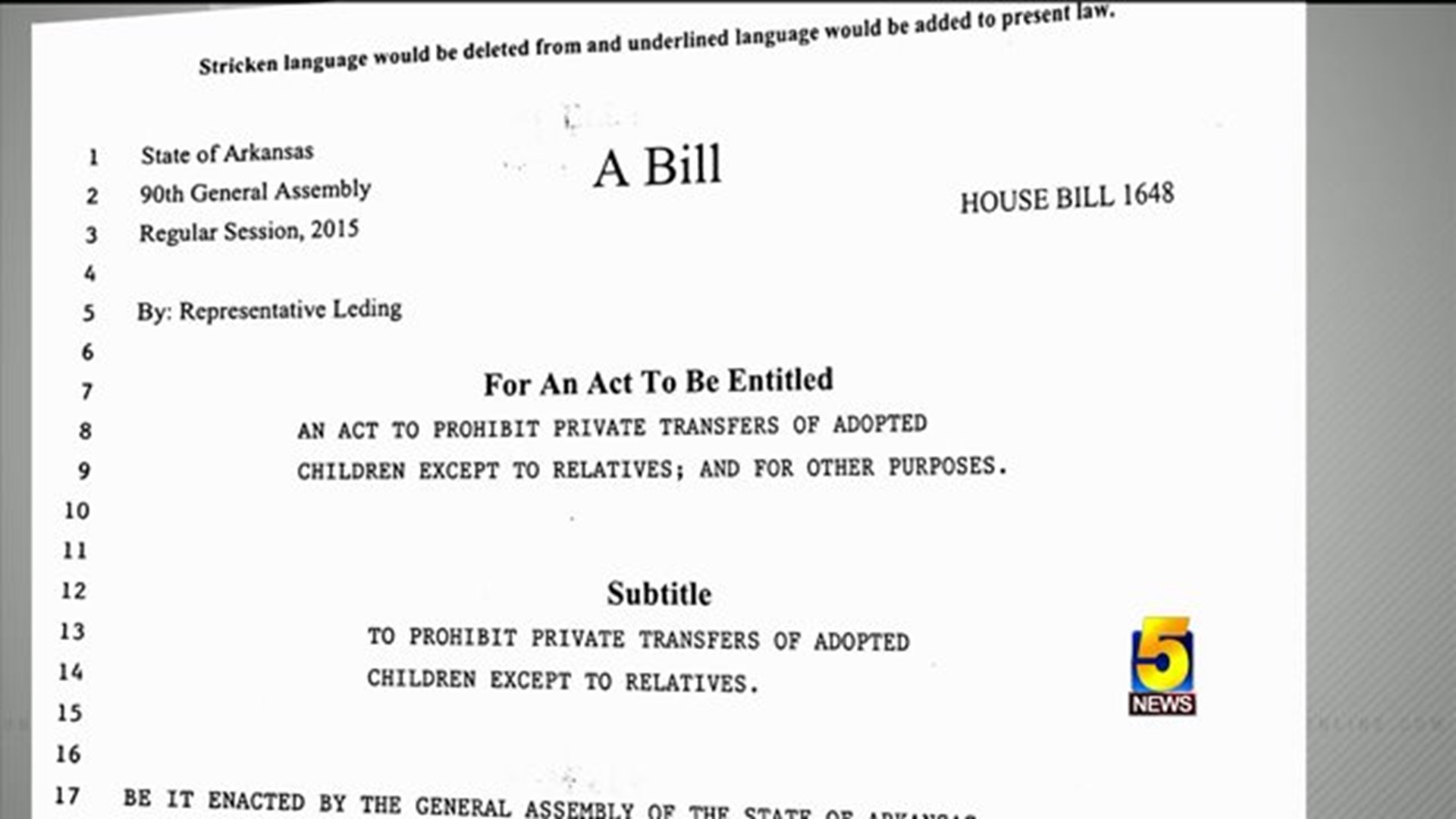 FAYETTEVILLE (KFSM)- The attorney for an Arkansas lawmaker from West Fork released a statement Thursday (March 5) in response to claims in published reports that he and his wife put their adopted children in the care of a man who was later convicted of sexually assaulting one of them.

"Rep. and Mrs. Harris have suffered a severe injustice. Due to threats of possible abandonment charges, they were unable to reach out to [the Arkansas Department of Human Services] for help with children who presented a serious risk of harm to other children in their home. Upon the advice of both a psychiatrist and a pediatrician, they were forced to move the children to the home of trusted friends, who had a lot of experience with children with reactive attachment disorder. Rep. and Mrs. Harris are devastated about the outcome of that decision, but faced with no good option, they did the best that they knew how."

Harris was unavailable Thursday for comment, but he said on Facebook that he and his wife, Marsha, plan to hold a news conference Friday at 4 p.m.

Right now it's legal in Arkansas for parents to give their adopted children to other families to raise. But a Fayetteville lawmaker wants that to be done only with court approval.

House Bill 1648 by Rep. Greg Leding would prohibit the private transfer of adopted children except to relatives. Leding, D-Fayetteville, told 5NEWS on Thursday (March 5) that he was surprised to learn adoptive parents can hand their children over to other families without telling authorities.

"To be quite honest, I think most of us down here in Little Rock were completely unaware that this was possible," said Leding, pictured above at a recent legislative forum in Fayetteville.

State officials said that practice, calling re-homing, has happened without approval from authorities nine times in the past two years that they know of. The state is working with Leding to require court approval before re-homing occurs, said Amy Webb, spokeswoman for the Arkansas Department of Human Services.

Leding said he's concerned for adopted children, so he wants to make sure the re-homing of an adopted child is managed by the courts.

Gov. Asa Hutchinson said in a statement the recent media stories raise legitimate concerns, adding "the public policy issues pertaining to it should be addressed as soon as possible. Our children deserve nothing less than our full attention and utmost care.”