LITTLE ROCK, Ark. (AP) — An Arkansas lawmaker is proposing that a star on the state’s flag no longer represent the Confederacy, saying it should instead c... 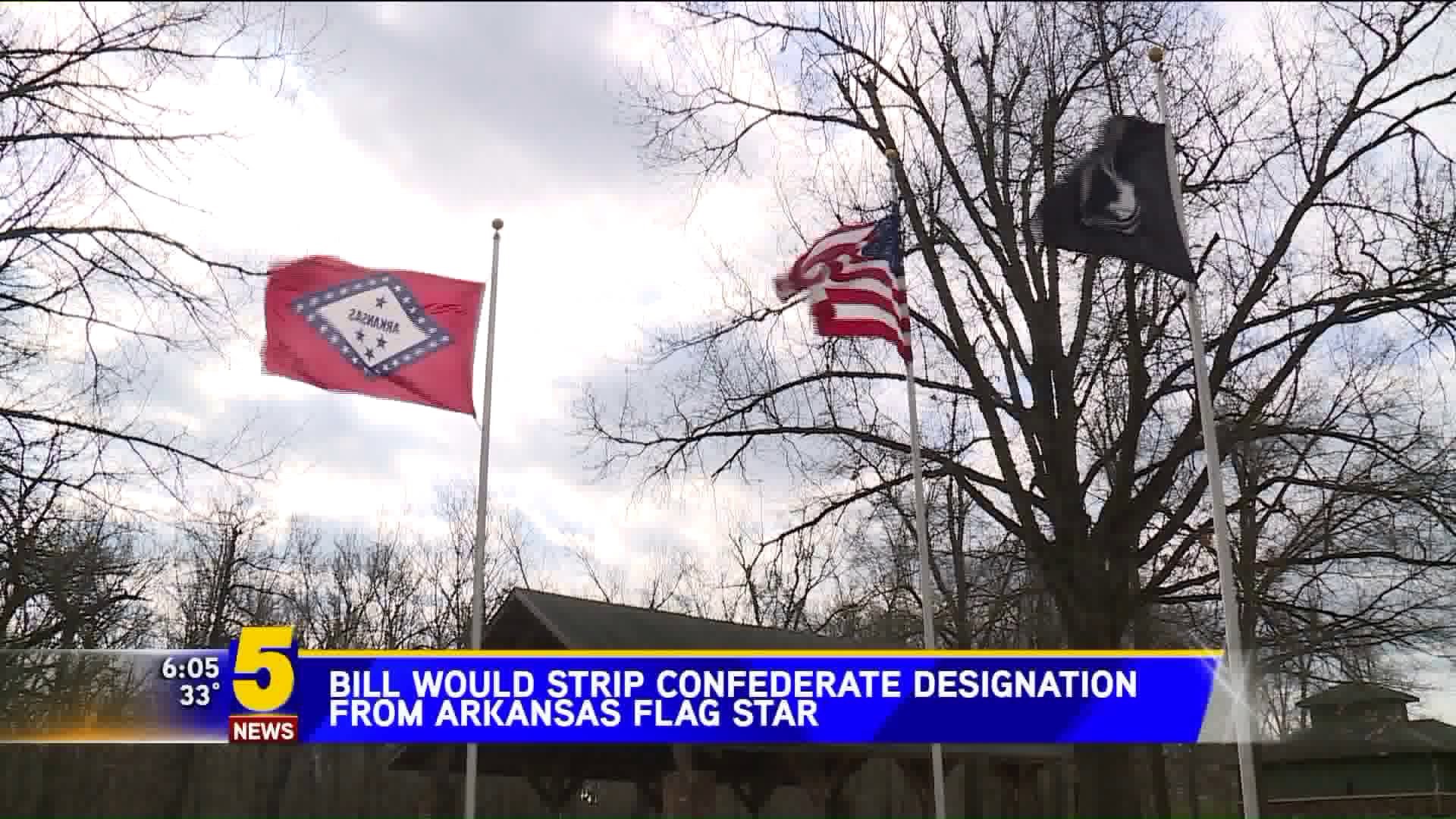 Democratic Rep. Charles Blake's legislation filed Friday wouldn't change the design of Arkansas' state flag. Instead, it would eliminate language from Arkansas law that a blue star above the state's name that says the star commemorates the Confederate States of America.

Under Blake's proposal, the star would commemorate the Quapaw, Osage and Caddo tribes and the other Native American nations who inhabited Arkansas.

Charlotte Buchanon Yale is the Director of the Bentonville Museum of Native American History. She says the change would be long awaited and well deserved.

"It is groundbreaking and it is literally star breaking today that they would change one of the stars on the Arkansas flag to honor the original people of this land," Buchanon Yale said.