Former president Bill Clinton is back at the University of Arkansas. This time, his visit is to honor Dale and Betty Bumpers, known for their contributions to t... 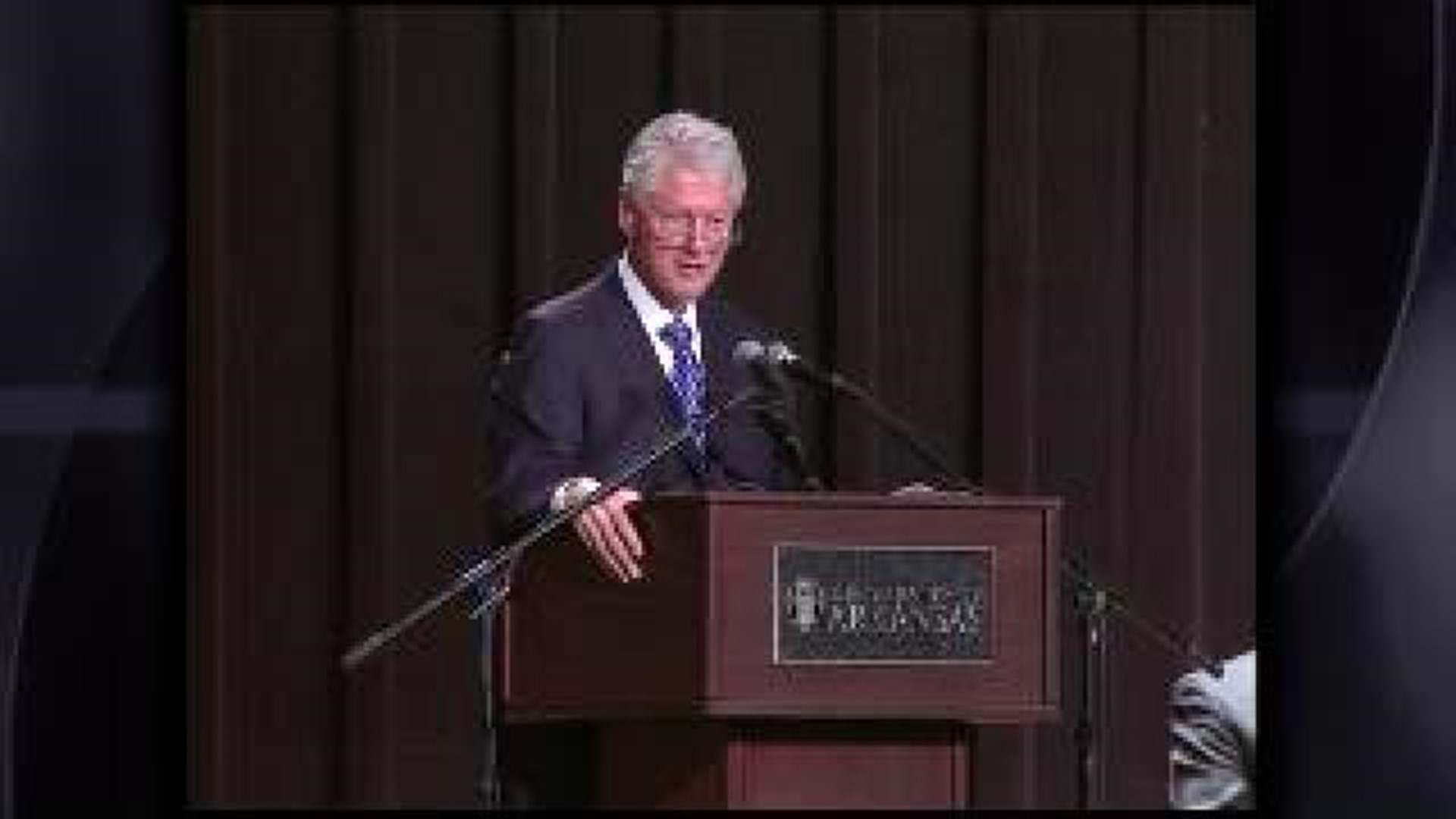 Former president Bill Clinton is back at the University of Arkansas. This time, his visit is to honor Dale and Betty Bumpers, known for their contributions to the university, and the Bumpers College's objectives in advancing food, family and the environment.

Clinton was the keynote speaker, kicking off the dale and Betty Bumpers distinguished lecture program, who are close friends to the Clintons.

One purpose of the event was to promote agriculture, food and life sciences. Clinton spoke its importance through a visit to Rwanda and a conversation he had with a farmer there.

"You are the only person in the world to come here and check the soil. I said it's a bad habit and I told him about growing up in Arkansas and we talked," Clinton said.

University of Arkansas chancellor David Gearhart was one of Clinton’s students when he was a law professor at the u of a. Gearhart spoke about the impact dale bumpers had on the country, state and university.

"As such we honored him naming the college after its greatest patron. He was an early advocate for sustainability and the protection and conservation of natural resources," Gearhart said.

Former president Clinton was the first ever guest in the Dale and Betty Bumpers distinguished lecture program. Its representatives hope to make the lecture series an annual event.