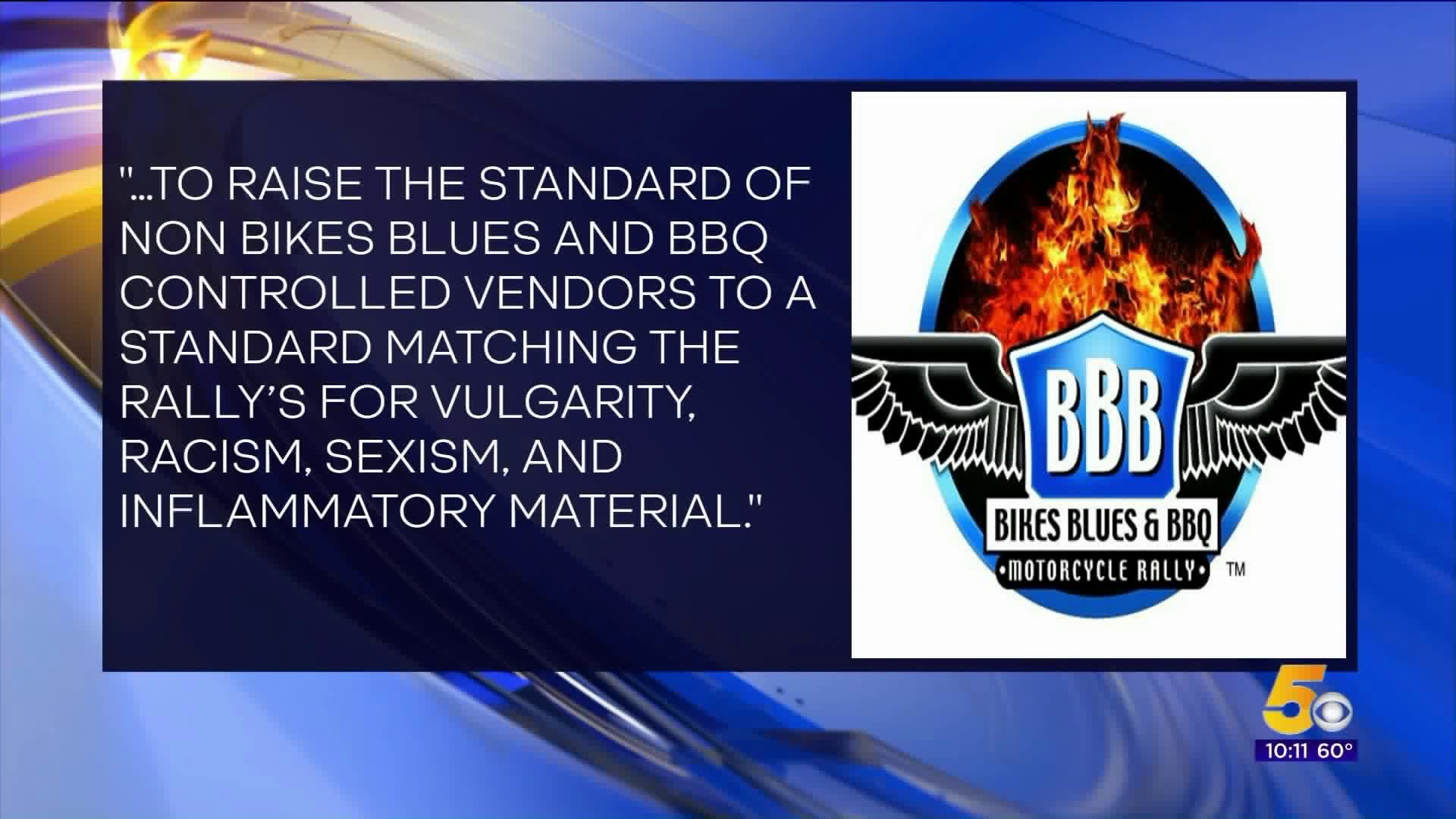 FAYETTEVILLE, Ark. (KFSM) — Bikes, Blues & BBQ organizers say they will work to raise the standards of products sold by non-event sanctioned vendors following concerns that products sold at this year's rally could be considered offensive.

The following statement was sent to 5NEWS from the rally's organizers:

Bikes Blues and BBQ will maintain the existing vendor standards we have always had.

We will be working with the city, property owners, and African American Advisory Council and other concerned parties to raise the standard of non Bikes Blues and BBQ controlled vendors to a standard matching the rally’s for vulgarity, racism, sexism, and inflammatory material.

During the 2019 rally, local Facebook groups Ozark Indivisible, What's Wrong, Fayetteville? and many residents shared photos of products being sold at the event that included symbols of white supremacy.

Bikes, Blues & BBQ is the world's largest charity motorcycle rally that brings thousands of people to Northwest Arkansas each year.  It's reported that the rally has raised over $2 million for local charities in the last 20 years.

"We pride ourselves in being a family-friendly event, inclusive of all members of the community and in no way condone or accept racism, white supremacy, bigotry, fascism, intolerance or hate speech," Bikes, Blues & BBQ states on its website.

Police cited this year's event as being calmer than past rallies and noted there were fewer arrests.