Bikes, “Blues,” & BBQ: One Man Gets His Bike Stolen

FAYETTEVILLE, Ark. (KFSM) — Thousands enjoyed Bikes, Blues, & BBQ in Fayetteville … except for one Oklahoma man. He posted on Facebook about his... 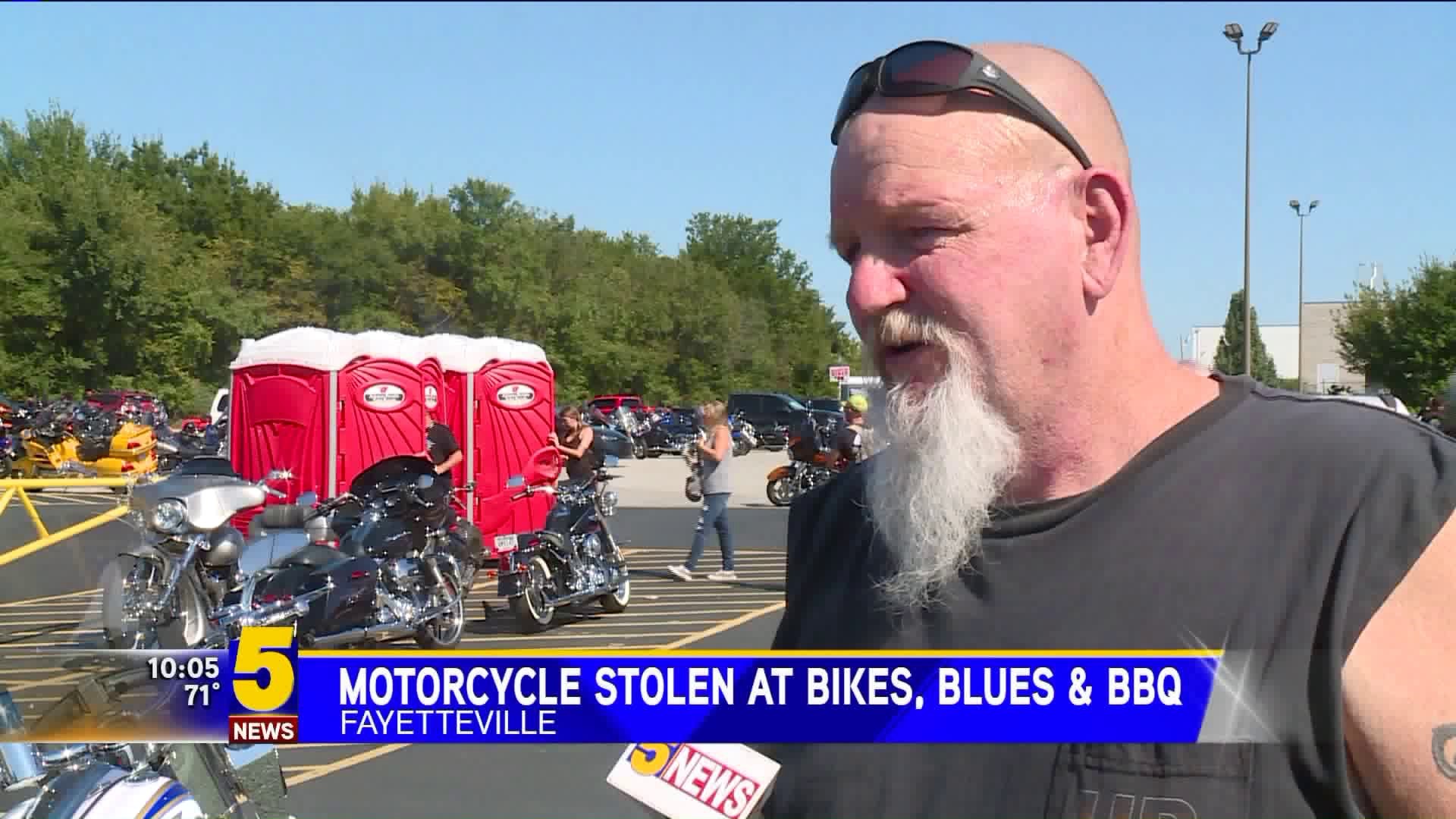 He posted on Facebook about his motorcycle that was stolen and pleaded with those who he accuses of stealing it.

Chris Lancaster tells 5NEWS  it was stolen from the Baum Motorcycle Village.  He said he parked his bike there Friday (Sept. 28) afternoon and when he returned the parking spot was vacant.

''Give it back ... I worked hard for that bike," said Lancaster.

Hundreds of bikes from all over the country are quite proud of their bikes that's why they travel many miles to attend BB & BBQ and Lancaster said he is no different; he and a few of his friends made the drive from Oklahoma.

Lancaster says he and his friends browsed the vendors booths across the street from where he parked his bike and when he returned about an hour later his bike had been stolen, a bike he bought nearly 20 years ago and paid thousands for it.

"My stomach started turning, my three buddies that were with me they said,  'Chris, this is wrong, something is definitely wrong,' and we knew it was," said Lancaster.

''There's thousands of motorcycles and some criminals will take advantage of that people need to take precautions in keeping their motorcycles safe,'' said Murphy.

Lancaster said his bike was locked.

''A thief is gonna take whatever they wanna' take no matter if it's locked or whatever ... they know how to get it," he said.

With no way to get home and not knowing how to use Uber, Lancaster said a firefighter was his saving grace.

When he got to his hotel.

''I asked the Uber driver, 'you know how much I owe ya'?' And he said,  'Oh it's all taken care of on the app.  That man [firefighter]  did you a favor by paying for your ride,'" said Lancaster.  "So I have to give a shout-out to Edward."

Lancaster hopes the person who took his ride and ruined his weekend at B B & BBQ will step up and do the right thing.