FAYETTEVILLE, Ark. (KFSM) – The 20th annual Bikes, Blues & BBQ kicks off Wednesday (Sept. 25) making for a soggy day of getting set up for many vendors. “We... 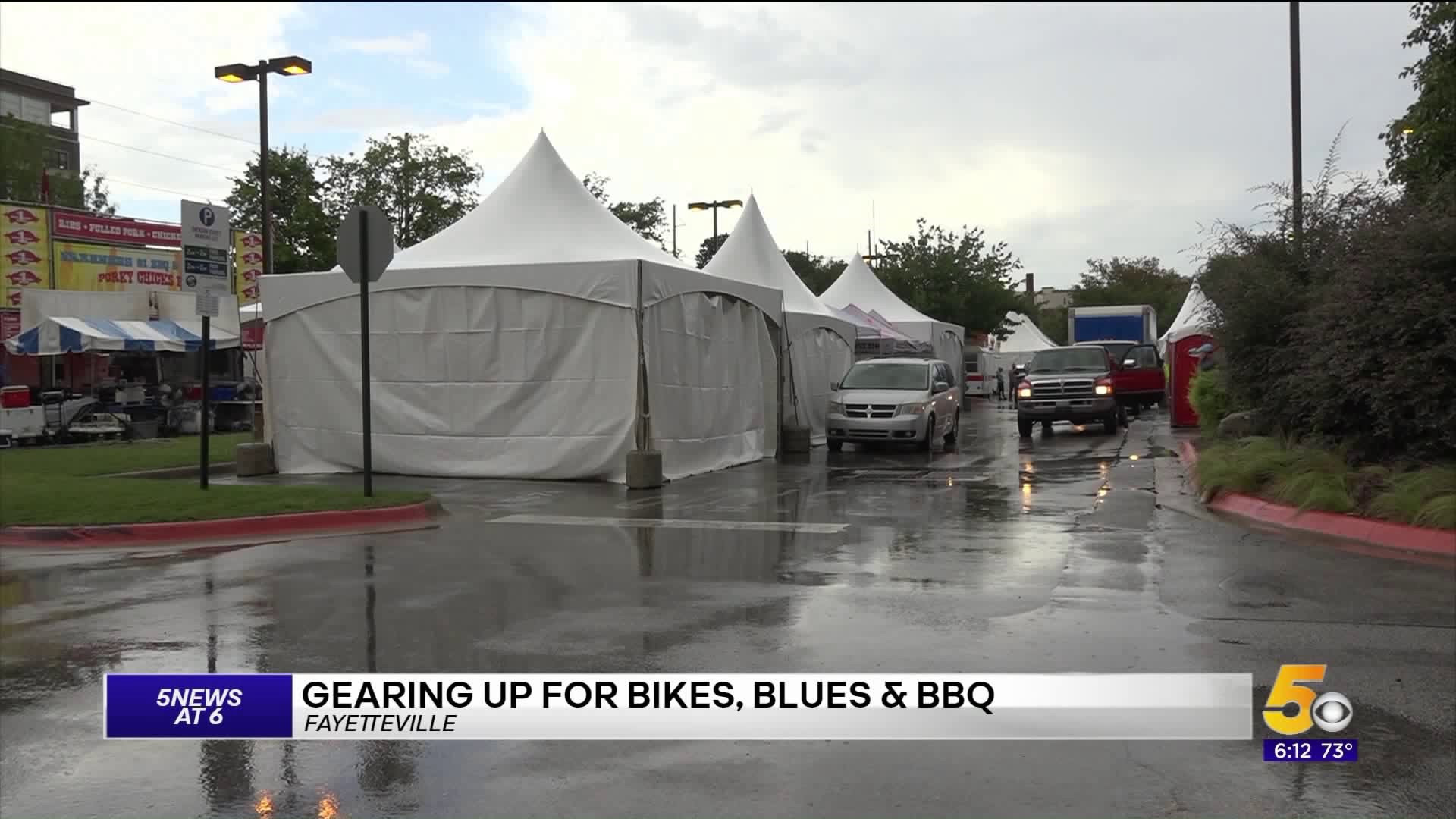 FAYETTEVILLE, Ark. (KFSM) – The 20th annual Bikes, Blues & BBQ kicks off Wednesday (Sept. 25) making for a soggy day of getting set up for many vendors.

This is the seventh year Eli Villarrella has come from Corpus Christi, Texas to set up shop at the rally to sell custom made headwear and American made leather hats. He says they plan on waiting until the rain passes before they set up their tent.

“We gotta do what we gotta do. We are here, we come here every year. Mother nature, if it wants to be good to us, it will be, but I have a feeling it’s going to be a great weekend,” he said.

Rally executive director Tommy Sisemore says they knew the rain was going to slow them down, so they worked late Sunday and Monday night to make sure the rain would not affect opening time on Wednesday.

“We’re a rain or shine event, so we are prepared for rain over tomorrow and Thursday if we have it. Hopefully, it clears off, and we are clear Thursday, Friday and Saturday.”

Sisemore says like any other outdoor venue there would have to be high winds and lightning for them to shut down. He wants to remind everyone to be safe on the roads, mainly with the rain.

“Just be sure and slow down, take their time, give a little extra room to everything in front of you, it’s going to be slick,” he said.

The main stage on Dickson Street opens at 5:00 Wednesday evening, but if you’re looking for something earlier in the day motorcycle village opens at Baum-Walker Stadium at 9:00 in the morning.

Several streets connecting to W. Dickson Street will be closed to thru traffic for both motorcycles and cars. These streets are narrow and cannot accommodate turn-around traffic.

Additionally, access to Dickson Street from these roads will be blocked with a physical barricade. Only pedestrians and bicyclists will be able to enter and exit from the following roads: N. Church Avenue, N. Locust Avenue, N. Shipley Alley, Thompson Avenue, Rollston Avenue, and Campbell Avenue.

However, there are some restrictions. Parking regulations will be enforced for permitted on-street residential parking, surface lots that are managed but not owned by the city, and event parking.

The Fayetteville Police Department will address other parking issues such as handicap parking, blocking driveways and mailboxes, and parking on sidewalks.

No road closures are planned for the Baum Stadium area. The University of Arkansas Police Department will dictate those closures if needed.

The Parade of Power motorcycle parade begins at 3 p.m. on Saturday (Sept. 28). The route is from the UA Agriculture Park area – east on Drake, south on Gregg, east on Township, south on College, west on Dickson.

Police will be stationed at intersections to let motorcycles pass through in parade formation. Officers will leave intersections as the parade riders diminish and traffic lights will return to normal.