BENTONVILLE, Ark. (KFSM) — The motorcycles are rolling into Northwest Arkansas for the first day of Bikes, Blues & BBQ, but there’s some confusion ove... 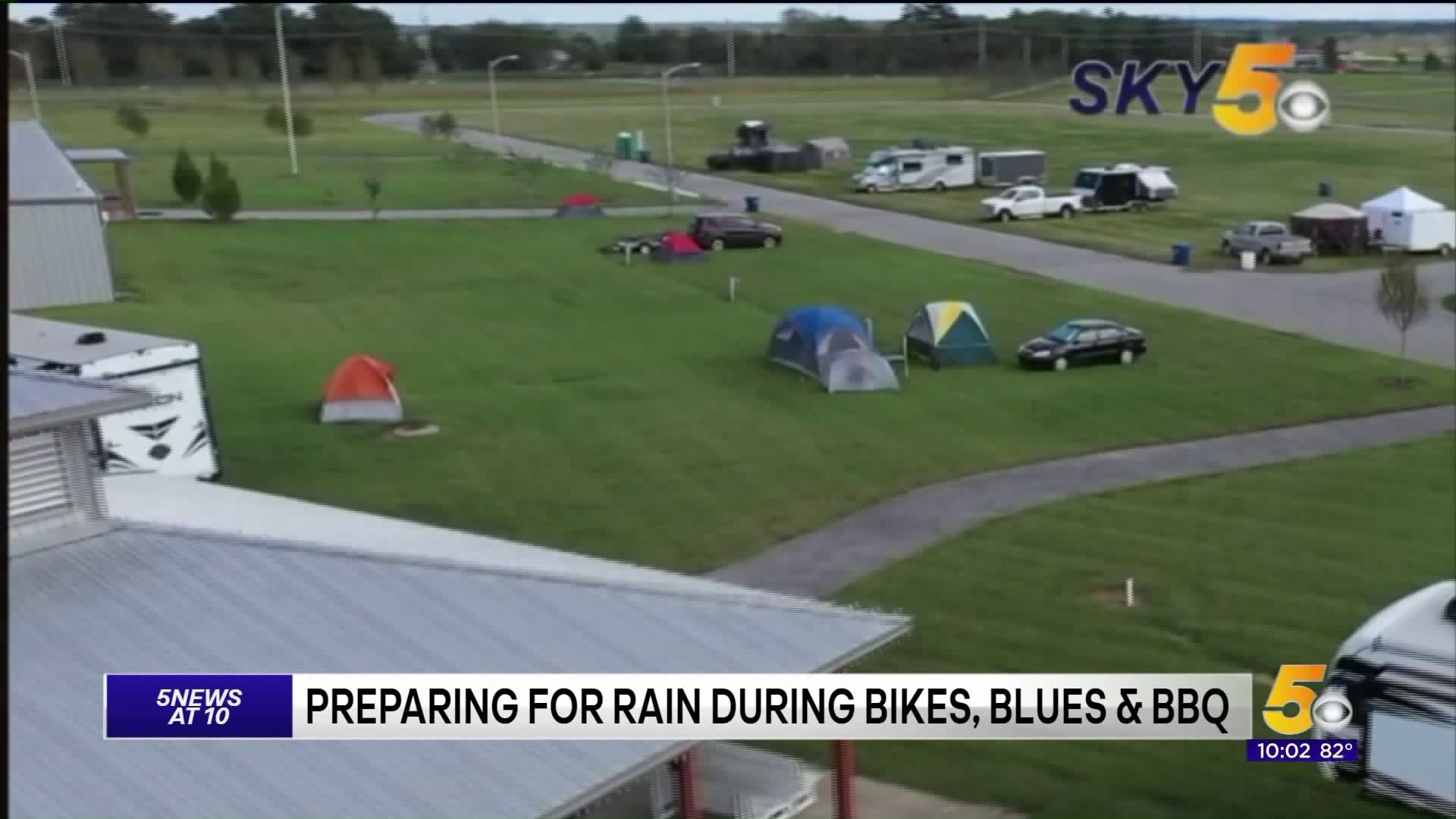 BENTONVILLE, Ark. (KFSM) — The motorcycles are rolling into Northwest Arkansas for the first day of Bikes, Blues & BBQ, but there's some confusion over where the official campground is.

Dickson Street is where the heart of the 20th annual motorcycle rally is, but the official campgrounds has been moved a little more up north.

Either way, bikers say they're excited to be in Northwest Arkansas.

One man, who refers to himself as One Leg Tom, says it's his first time at Bikes, Blues and BBQ.

"Supposed to have a big barbecue kind of a blowout I guess you could say, you know a wild party, well maybe not so wild anyways," Tom said.

Tom's trip began with a little confusion due to the campground changes.

"I went to Washington County first and they told me I was in the wrong place," Tom said.

Event director Tommy siesmore says they changed their partnership this year, but there's plenty of places to set up camp all across the area.

"Washington County is camping some folks there, also camping folks at the Northwest Arkansas riding club and county fairgrounds and then all the state parks of course," Sisemore said.

Siesmore says so far each spot has started to welcome riders from all over.

"I think a lot of the campgrounds are filling up pretty good, it’s been a slow trickle but it always is in the beginning of the week, it will probably pick up tomorrow so just take your time," Sisemore said.

With storms on the horizon across the area, the Benton County campground is expected to get wet tonight.

Most of the campers will stay dry in their RV's, but there are a few camping in tents.

Some of the riders say they aren't letting the weather get them down. They're keeping their bikes dry under an awning and are ready for the week ahead.

Nate Warner is a nurse practitioner from Nebraska. This week he is ditching the scrubs for leather. He says the threat of rain is just part of what makes a rally a rally.

"If you ride a motorcycle starts raining you get wet so that’s just part of what goes on at the rally," Warner said.

"It won’t affect anybody’s attitude at all, when you ride a motorcycle it’s part of life so you either have a rain suit or you just get wet and when it quits raining you dry off," Warner said.

Warner is staying in his RV at the Benton County campgrounds and he and many others found a dry spot to park their bikes for the night with a flash flood threat, but he says he hopes those in tents find a dry spot to set up.

"That’s for younger people, you get to a point in your life, I need a bed in a room," Warner said.

Sisemore says they have a plan just in case the rain puts a damper on the scheduled events.

"We are rain or shine and less we have lightning or high winds we will be making an announcement from the main stage for a delay or anything like that but other than that we’re expecting business as usual right now," Sisemore said.