Bike Stolen From Boy With Autism, Replaced By Good Samaritan

FORT SMITH (KFSM)– A Fort Smith boy got a big surprise Tuesday after his bike went missing from his home. Tonya Dempster says she first noticed her son... 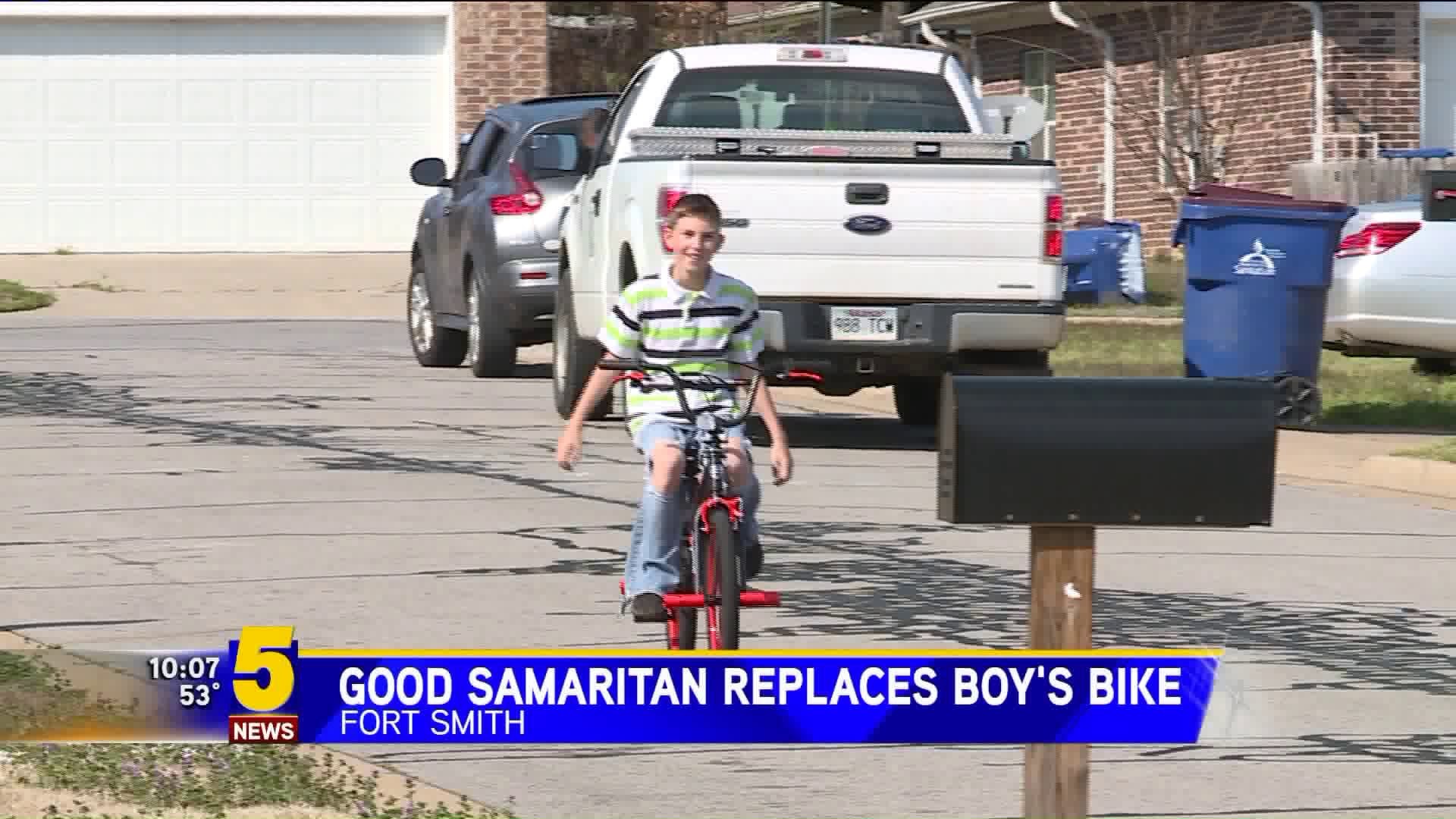 FORT SMITH (KFSM)-- A Fort Smith boy got a big surprise Tuesday after his bike went missing from his home.

Tonya Dempster says she first noticed her son's bike was gone Monday. She thinks it was taken sometime between Sunday night and Monday morning and replaced with a different bike.

It wasn't the same to Ryan, who has autism, the missing bike was given to him by his grandmother for his birthday and meant the world to him.

"We went door to door looking for his bike. Had a couple of leads but nothing really came of it," said Tonya.

She took to social media. Posting her story to local forum's.

"I just wanted the person who stole his bike if they were able to see it then maybe they could just replace it. Come back, put it back here no questions asked."

Randy McGhee heard about what happened and knew he wanted to help. So he went out a bought Ryan a new bike.

"It`s just heartbreaking to think that somebody would that to a kid with autism, and I just thought of my own grandson, and just felt like I needed to do something," said McGhee.

Now, the smiles are back on the 12-year-old's face.

His mom says she didn't set out to get a free bike, but the family would like to say thank you for this good samaritan.

"I cannot put into words how much this means to me and my family and to my son. This is so amazing and incredible that there are people out there like that that are still willing to help," said Tonya.

A lot of people reached out to the Dempster family offering to get a new bike for Ryan.

They say it's amazing to see that kind of support in the community and hope people continue to pay it forward.