SPRINGDALE (KFSM) — With so many people biking in Northwest Arkansas some are looking for ways to keep cyclists safe, and that’s why a local group i... 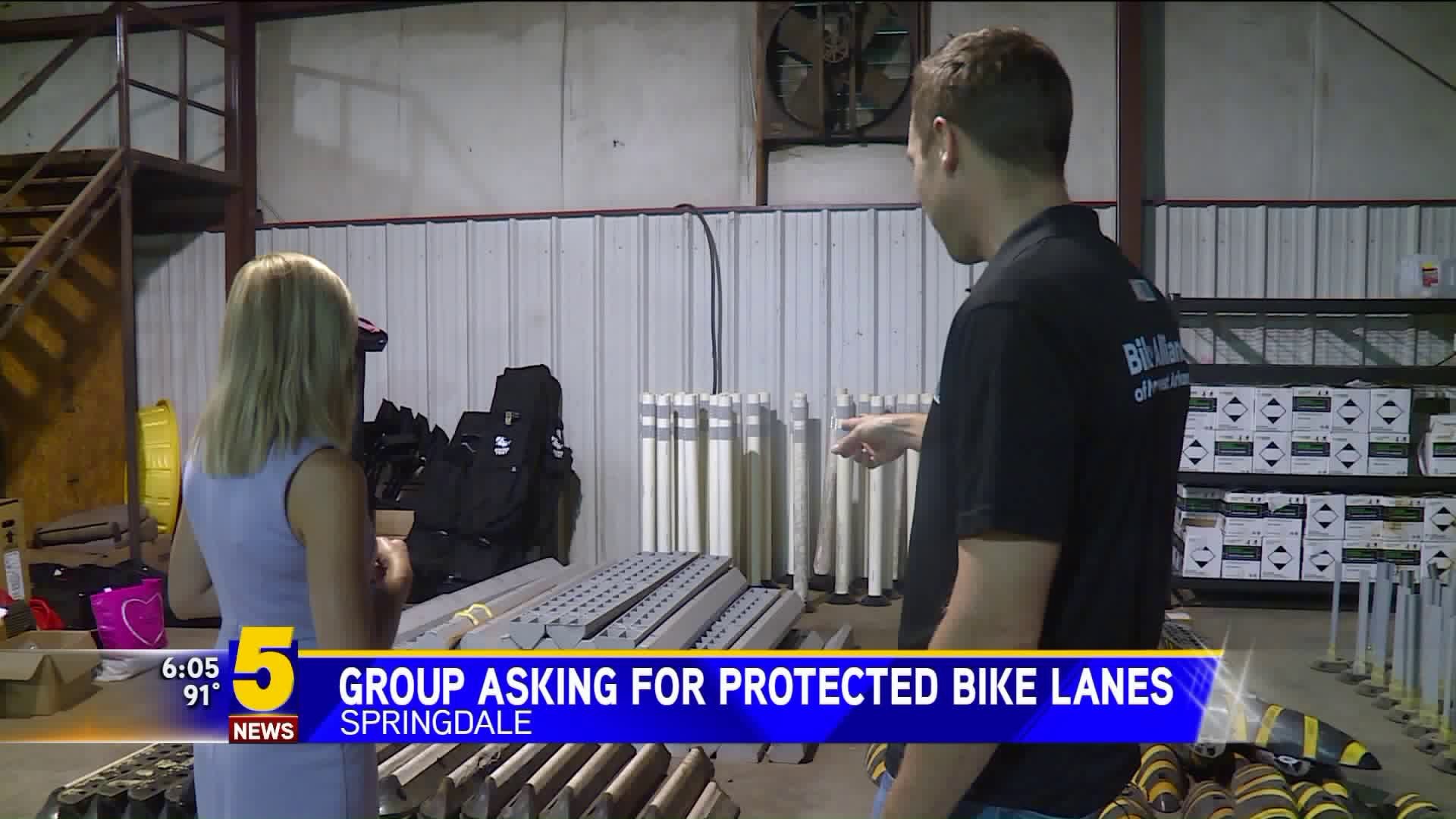 SPRINGDALE (KFSM) -- With so many people biking in Northwest Arkansas some are looking for ways to keep cyclists safe, and that's why a local group is having a public input session tonight (Aug. 30).

Bike NWA is wanting to put in protected bike lanes on streets leading up to the Razorback Regional Greenway to safely connect bikers and walkers to and from the trail.

The group wants to install the protected bike lanes from the Springdale Public Library down Maple, past the hospital and then over to the Razorback Regional  Greenway.

A protected bike lane has a buffer and some kind of physical device between you and the cars.

“It's a place where you can ride and it's less likely that you are going to have to share the space with a car. And so to people riding bicycles it feels safer than being in a lane with a car that's a thousand pounds,” Paxton Roberts said.

Bike NWA Executive Director Paxton Roberts said they are proposing a one-year pilot program to test it out before spending more money to make it permanent.

Springdale Mayor Doug Sprouse said they know the connection is needed to get pedestrians and cyclists safely downtown to the greenway.

The protected bike lanes are thanks to a grant Bike NWA received.

The group is also hoping to put some more of those lanes in Fayetteville and Siloam Springs.

Bike NWA has put some protected bikes lanes in other cities in the past, but only for a month at a time.