BETHEL HEIGHTS, Ark. (KFSM) — Residents who have been dealing with wastewater seeping onto their property are not happy with the city’s response to the problem.... 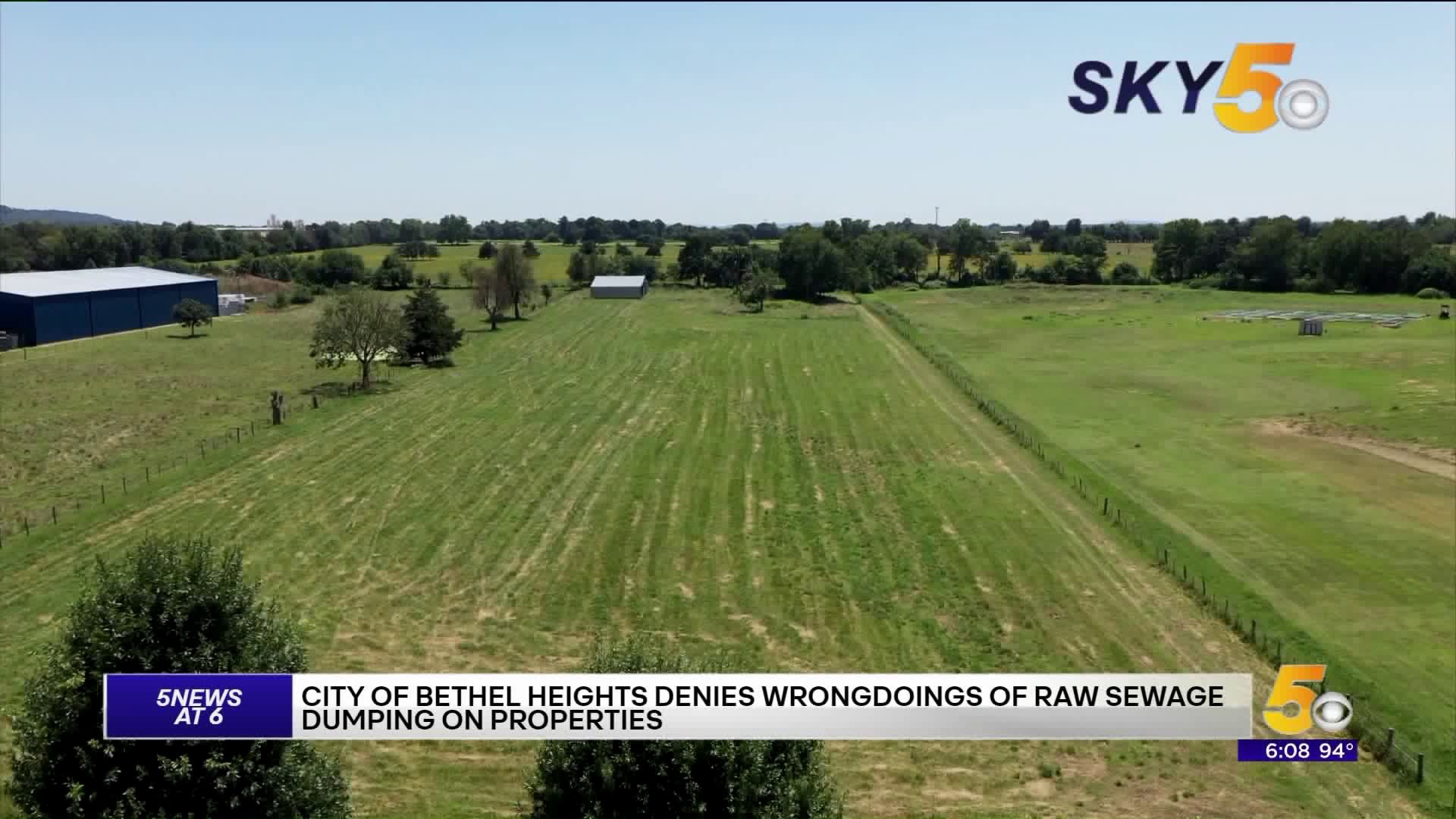 BETHEL HEIGHTS, Ark. (KFSM) — Residents who have been dealing with wastewater seeping onto their property are not happy with the city’s response to the problem.

“Nobody knew it was this bad until they started pulling the test and my cousins had three cows die. So, it’s just taken a life on its own and it’s just terrible,” said Bethel Heights resident Joe Brooks.

On Monday (July 29) the City of Bethel Heights sent its temporary plan to fix the problem to the Arkansas Department of Environmental Quality (ADEQ) after asking for an extension from last Friday’s deadline.

“If the neighbors hadn’t complained none of this would’ve happened and the sewer would still be going down the ditch,” Brooks said.

This week the city posted a letter to residents denying any allegations of the city dumping or flooding raw sewage onto any resident’s property or ponds.

Brooks owns property behind the wastewater treatment building and says it’s laughable that the city is denying any wrongdoing.

“What needs to happen is this field behind us needs to be shut down and their sewer needs to go to a legitimate sewer treatment plant,” Brooks said.

The plan the city submitted to ADEQ involves putting lime on the field to try to remediate the high levels of bacteria. They are also going to dig trenches to try and stop leachate from leaving the surface and pump and haul wastewater to a plant in Cave Springs.

Senator Lance Eads says if Bethel Heights wastewater system has been at or overcapacity for a while, there probably could’ve been a hold put on any new development.

“If that’s true and they’ve continued to extend, whether it be residential or commercial development knowing that they don’t have the capability to be able to take on more, then you are looking at possible concerns at what is their intent,” Eads said.

The city has until August 9 to submit its final corrective action plan to ADEQ.

We reached out to the mayor of Bethel Heights for comment but have not heard back.