BETHEL HEIGHTS, Ark. (KFSM) — A group of Bethel Heights residents started a petition to become a part of Springdale. This comes after revelations that bacteria ... 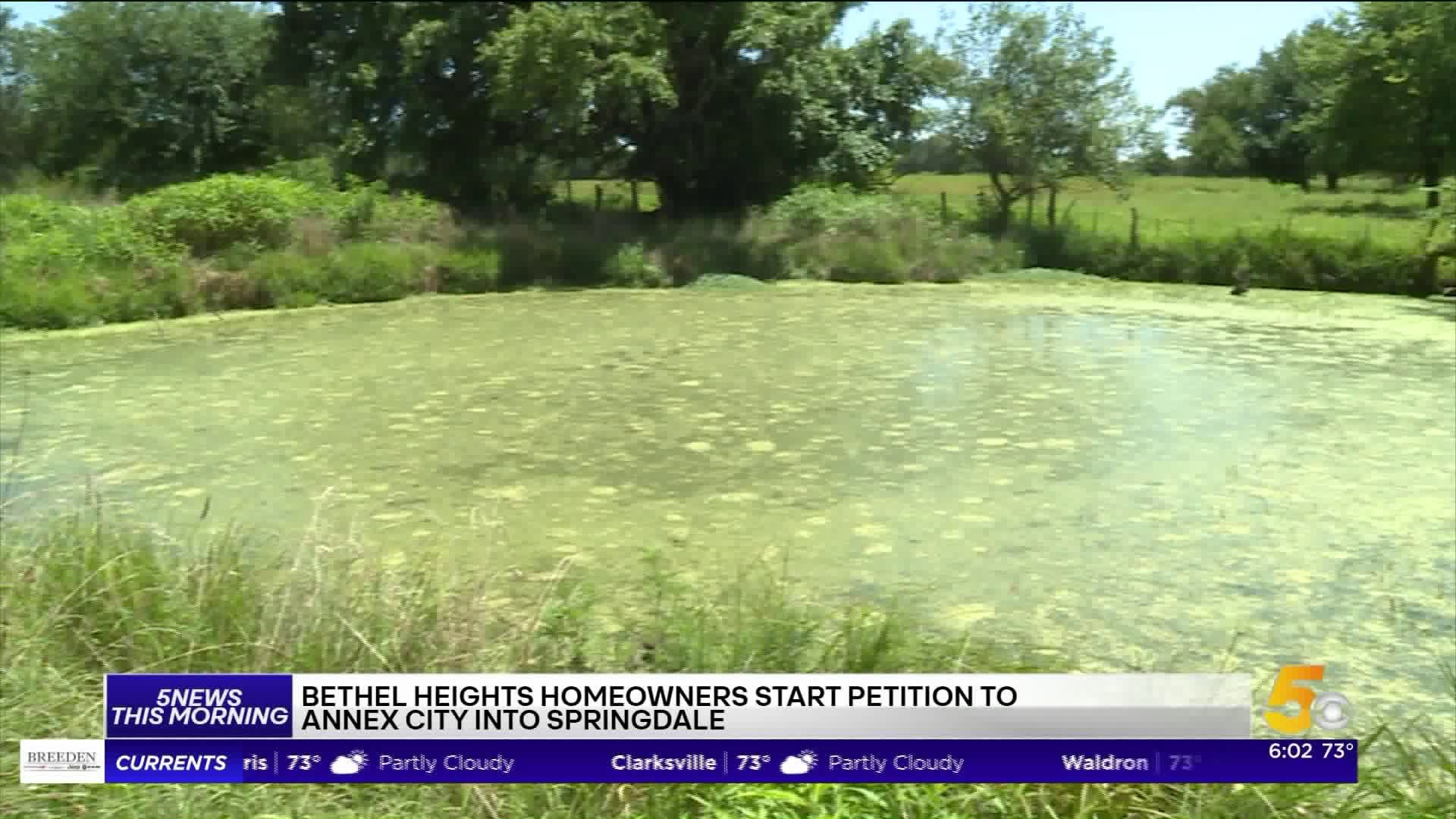 BETHEL HEIGHTS, Ark. (KFSM) — A group of Bethel Heights residents started a petition to become a part of Springdale.

This comes after revelations that bacteria levels at a city wastewater facility are high and now the state is taking action.

Lawrence Bowen has lived on his property in Bethel Heights since 1977. He says the city has been illegally dumping wastewater through a pipe onto their property for years.

He says the runoff creeping into his backyard leaves behind sewer sludge.

"I've put up with it for five or six years," Bowen said. "The worst of it, I talked to them at different times about it. Every time I talked to them they said they were going to fix it but it's never been fixed. It just gradually got worst all the time."

Joe Brooks says his family tested the water after three cows died after drinking water from a pond.

The Arkansas Department of Environmental Quality (ADEQ) finally came to perform its own tests.

"The test that we had that were so bad, the state's test came back about four times worse than that. It was so bad that they couldn't even record it," Brooks said.

This week a letter was sent to the City of Bethel Heights by the ADEQ. The letter requires the city to take immediate action to fix violations and to inform the public about those plans.

"I don't see this group could be trusted to do anything," Brooks said. "The best interest for the whole citizens is to let the public decide. Go to the ballot box."

Brooks and Bowen are among those that started a petition that would annex Bethel Heights into Springdale. They need about 3,000 signatures to get it on the ballot.

They say even if the city takes steps to improve wastewater facilities, they still plan to move forward with the petition.

"I've come to the point that you know enough is enough," Bowen said. "Do something to fix it or go into Springdale where they can take care of it."

A few hundred signatures have already been gathered.

Arkansas Department of Environmental Quality gave the city of Bethel Heights until 5 p.m. on July 26 to present a solution to the wastewater issue. The city did not meet that deadline, and has asked for an extension.

5NEWS reached out to the mayor of Bethel Heights and did not receive a call back.