BETHEL HEIGHTS (KFSM) — Bethel Heights city officials will face criminal charges for pollution if they don’t find a way to keep wastewater from flowing on... 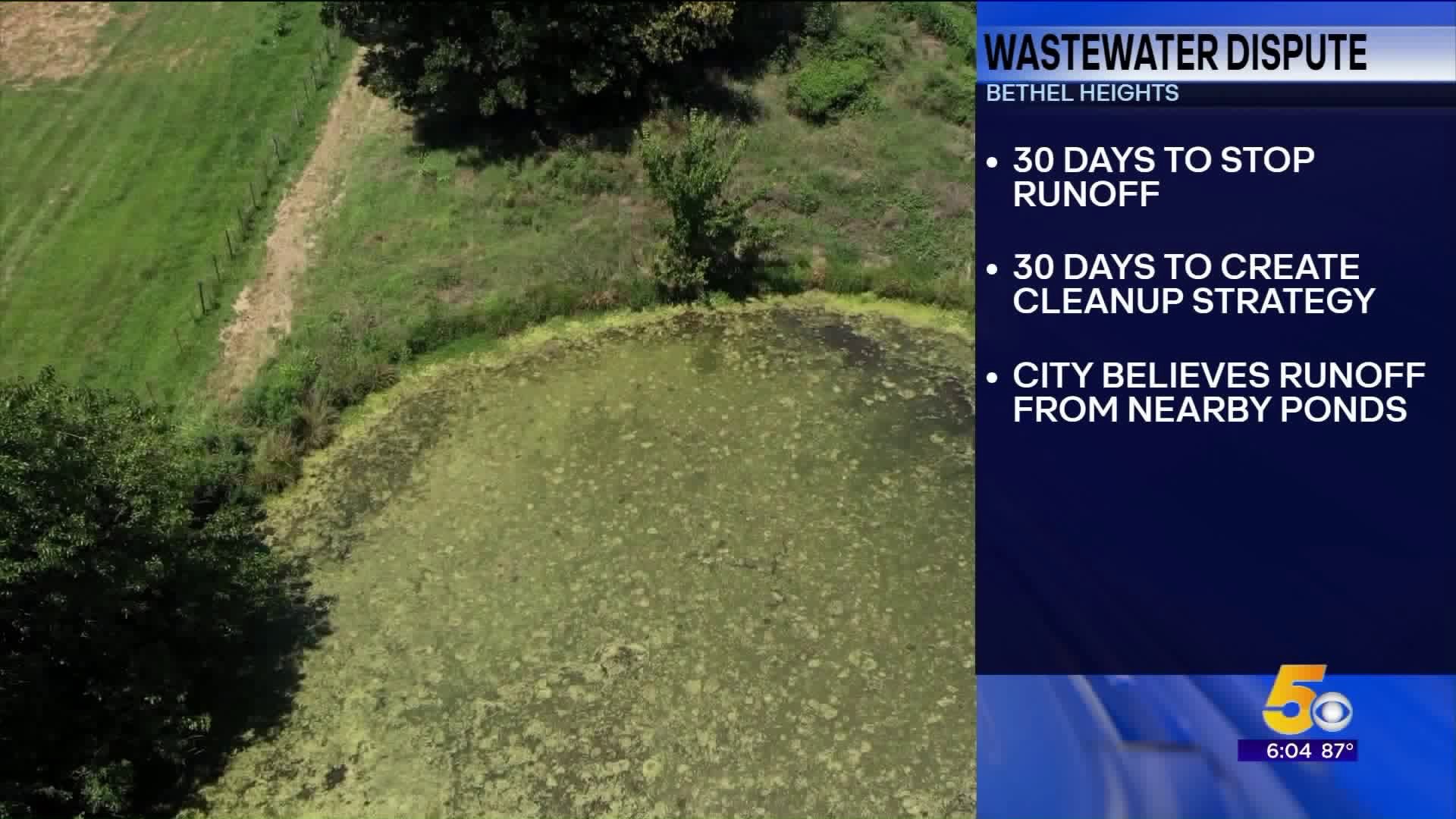 Benton County prosecutor Nathan Smith sent a letter Thursday (Aug. 1) to Mayor Cynthia Black outlining a charge for reckless pollution, which is punishable by five years in prison and a $50,000 fine.

The city has 30 days to ensure that wastewater runoff isn't flowing onto private property, as well as implement a cleanup strategy for the private properties.

"This situation must be remedied."

Several residents have said the city illegally dumped raw sewage in their yards and fields over the past three years.

Jason Steele's family has owned 153 acres in town since the 1950s. He said Bethel Heights put a pipe underground and pumped raw sewage water to two of their ponds without asking for permission.

“I contacted them and told them to stop it and they told me that pipe hasn`t pumped water in some time and I said no it is and they came overlooked at it, saw that it was pumping water,” Steele said.

Steele says this was three years ago and they turned it off, telling him someone had accidentally tripped a breaker. He said several months later, three of his cows died.

That's when he quarantined the pond with an electric fence to keep the cows from drinking from it. He said several of those water samples show very high levels of E. Coli.

The Arkansas Department of Environmental Quality (ADEQ) has also said the city isn't in compliance with its permit and that they need to submit a corrective action plan.

ADEQ said the city has a long history of being in non-compliance with the state's no discharge permit. Recent testing by ADEQ showed fecal coliforms too numerous to count in the city's treated water.

"The runoff has adversely affected poverty and livestock," Smith wrote.

"Furthermore, allowing the ponding of wastewater on the private property creates a substantial likelihood of adversely affecting human health."

In a letter posted on the city's website, officials said they believe the water on the private property is from runoff from two nearby ponds.

"Their claims that the City has been dumping raw sewer on their property from 'day one' are simply not true," the letter said.

"If raw sewage was being dumped, it would have been seen and smelled sooner, by the homeowner, as well as during surprise inspections by ADEQ or (the Arkansas Department of Health)."