BENTONVILLE (KFSM) — When the best man for a Bentonville couple’s wedding was deployed before the big day, the couple came up with a creative soluti... 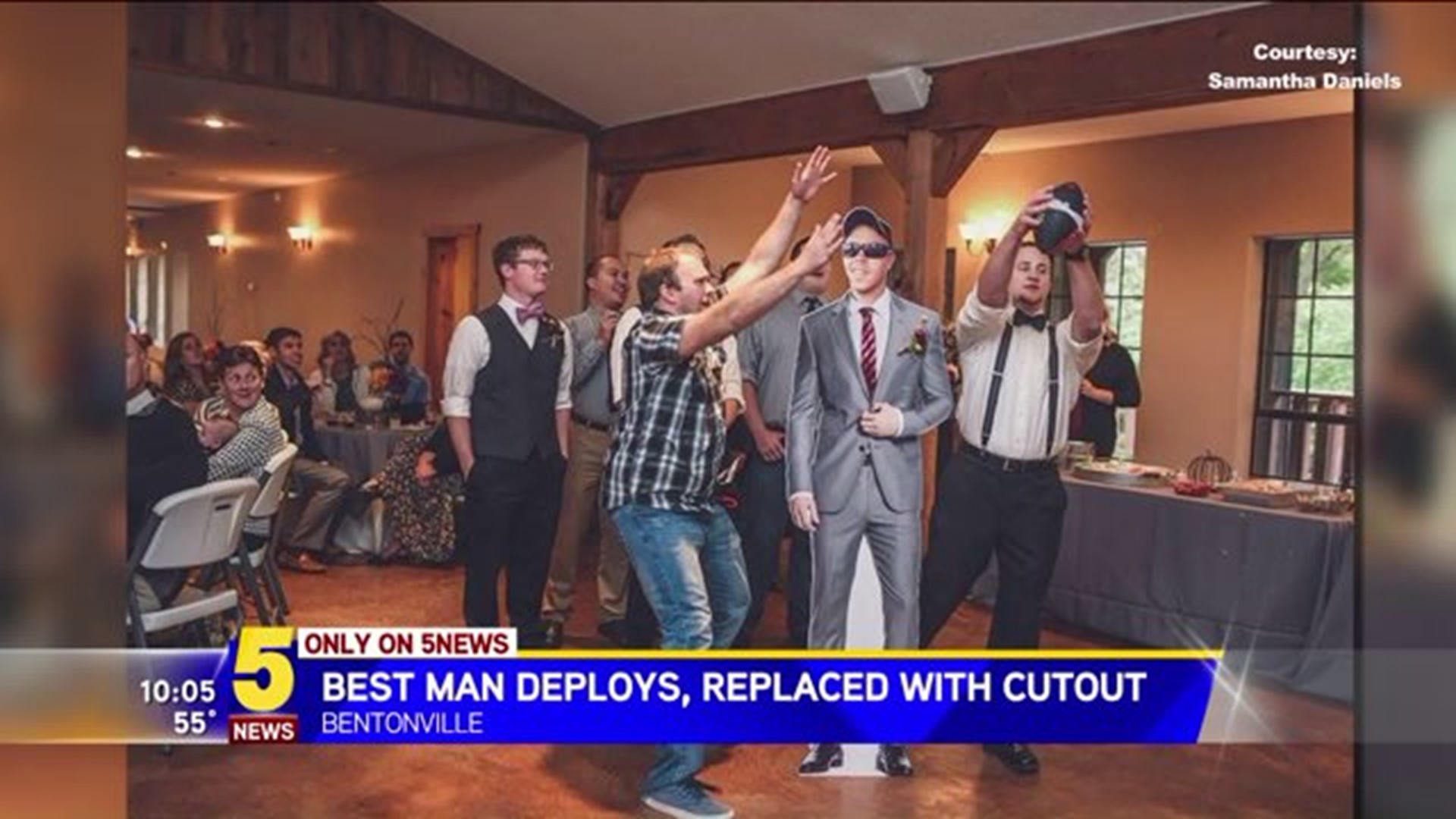 BENTONVILLE (KFSM) -- When the best man for a Bentonville couple's wedding was deployed before the big day, the couple came up with a creative solution to make sure he was represented.

"There was just no way we could move anyone into his spot, or replace Robbie," bride Kelsey Blankenship said. "You just can't replace someone's best friend."

Her husband Travis said having his best friend Robbie Wells not next to him at the altar was not an option. He said they found out a few months in advance of their Oct. 24 wedding.

"It was rough to hear that he wasn't going to be there, but ultimately it's not about him standing next to me; it's about the service that he's doing for us right now," Travis said.

They said the life-size cutout of Wells started as a joke. Travis said he found a picture of his face and edited in the rest.

The couple's photographer, The Kindred Collective, went along with the joke and worked to make sure the best man was part of their big day.

"He is in probably 60 to 70 percent of our pictures, even just in the background because at the reception he was sitting over by the deejay, so I mean he is in all of our pictures," Kelsey said.

Wells is currently serving in the Middle East with the Army National Guard. Kelsey said she couldn't let him get out of all of his best man duties, so she had him record his best man's speech to surprise Travis.

They said as much as they wanted him there, in person and not in cardboard, they appreciate all he's doing for our country.

"My wedding is just one day, and what he is doing for us and serving our country and keeping us safe is so much more," Travis said.

The couple said the cutout is now with Wells' fiance in Iowa, as she waits for him to come home.