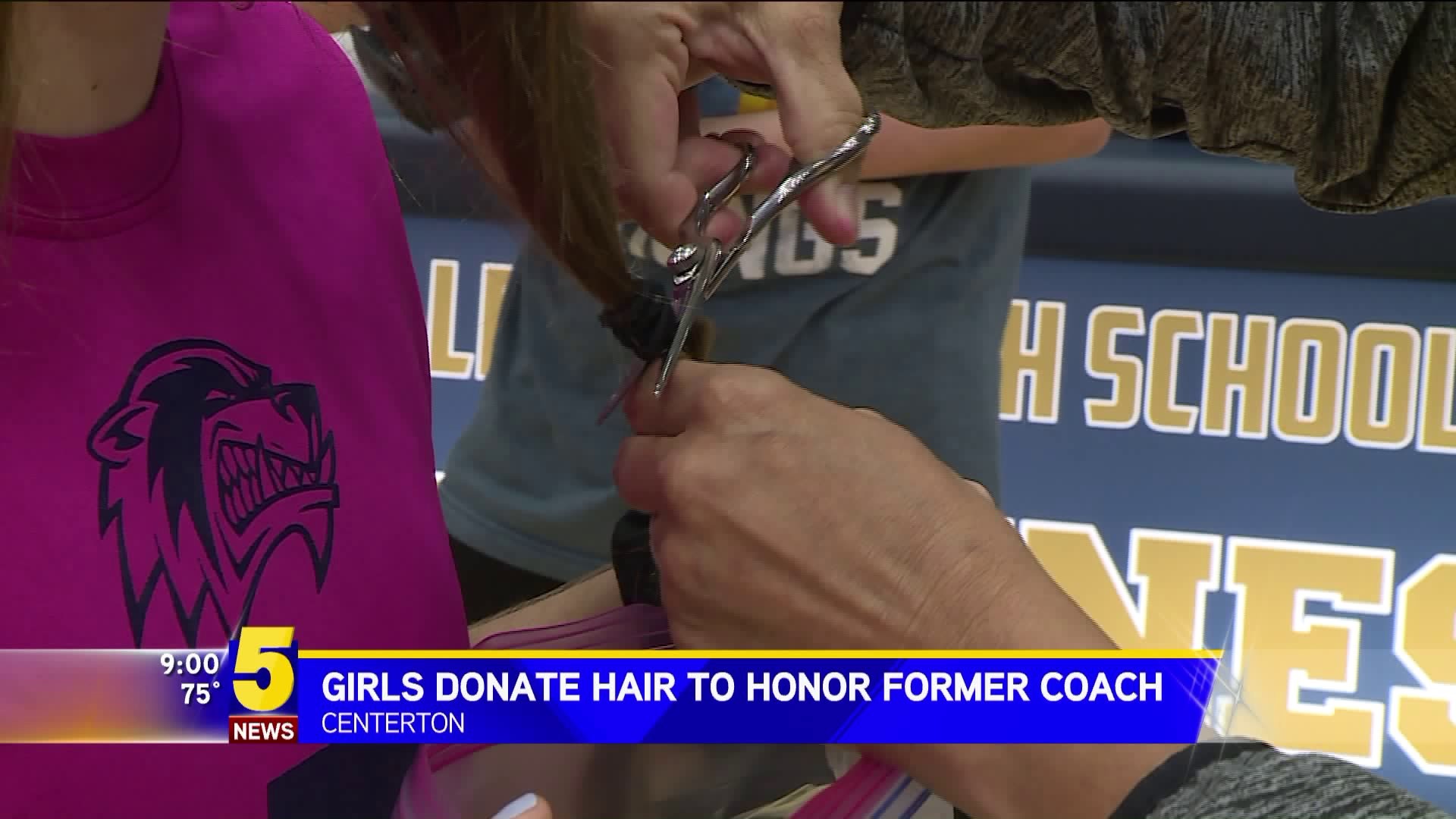 Winnie Spurlock was just one of the two girls who gave about eight inches of hair right before her volleyball match.

She said she wanted to do this for Renae Nelson and relatives recently diagnosed.

"Last year two of my grandmothers were diagnosed with breast cancer and they survived and so now the hair is growing back," Spurlock said. "But me and my teammates just started talking about what we could do to help."

Nelson was one of Spurlock's former coaches in Lincoln.

Nelson was shocked and surprised when her former players approached her and asked her to cut their hair.

Ten years ago to the day was when Nelson was first diagnosed with breast cancer.

As she watched the girls play volleyball, she said they reminded her of when she played sports in high school.

"The strength that helped me get through it was something I learned at their age doing exactly what they're doing is playing sports," Nelson said. "It gave me strength and they are two very strong and courageous girls."

One mother watching Spurlock and her teammate cutting their hair could only describe their actions as moving.

"I think it's important for these kids to realize that there's a need and there's a problem and we have to find a cure," Stephanie Hawks said.

Hawks explained they have worked to raise money for breast cancer awareness for the past two years during their Pink Out event.

Along with the girls' donations, they also held a silent auction to donate to the Susan G. Komen Breast Cancer Foundation.