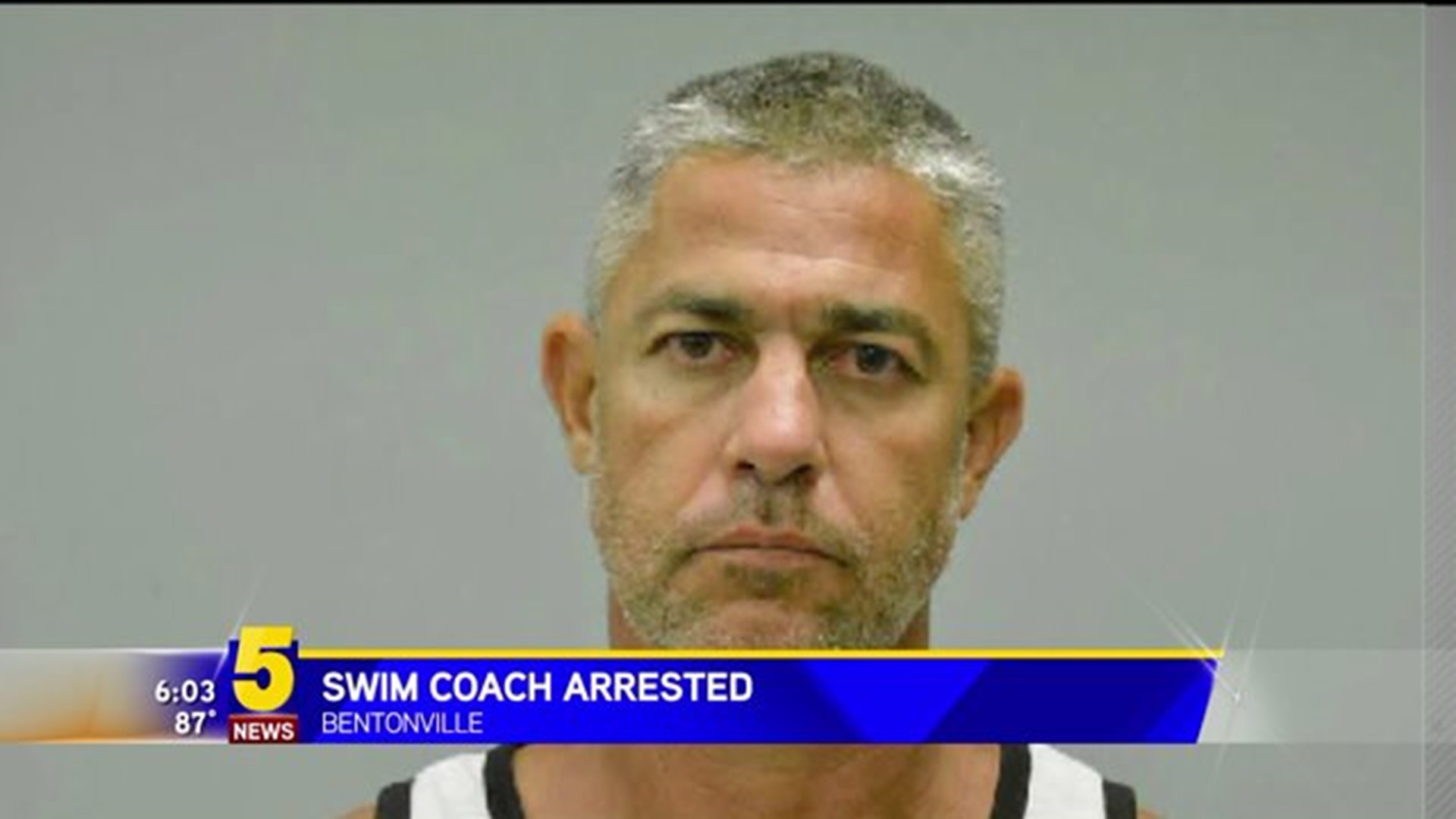 Stephen Duwel, 50, was booked into the Benton County Jail on Monday at 5:26 p.m. and faces charges of fourth-degree sexual assault and Internet stalking of a minor, according to jail records.

Duwel was the head coach for the Northwest Arkansas Aquatics Sharks for 15 years, but has been suspended indefinitely, according to the team board. He was also a volunteer swim coach with the Bentonville School District, officials said.

In June, police were notified of a sexual relationship between Duwel and a 14-year-old boy, according to an arrest report. Police spoke with the victim, and he said the two met through an application called Grindr, court documents state.

Grindr labels itself as a service for finding local "gay, bi and curious guys."

The 14-year-old boy said he had to enter his age as 18 to access the site.

Duwel continually messaged the victim, and eventually the two met, according to court documents.

After becoming acquainted, Duwel and the victim got together on more than one occasion to watch movies and listen to music, authorities said. One day, both were at Duwel's residence, and he touched the victim inappropriately, according to an arrest report. Duwel also performed a sex act on the victim, authorities said.

Police asked the victim not have any further contact with Duwel until the investigation was complete, and he agreed, court documents state.

Duwel was later interviewed by authorities, and he confessed to meeting the victim on Grindr, according to police.

Duwel told police that he had kissed the victim and touched him inappropriately, authorities said. He did not deny performing a sex act on the victim, according to court documents.

The suspect told police he knew it went "too far," and he stopped the interaction, authorities said.

An arrest warrant was issued for Duwel, and he was arrested on Monday.

The Bentonville School District released the following statement on the issue:

"We have been informed that volunteer swim Coach Duwel has been arrested for an offense involving a Rogers minor. This arrest did not take place on district property and does not relate to district students. As a volunteer, Coach Duwel has no contract with the district, but he will be directed to cease all district related contact with our personnel and students. We will update you as new information is released."

The Northwest Arkansas Aquatics Sharks board found out about Duwel's arrest on Monday, according to board members. The team has more than 170 swimmers each year and team officials are staying in touch with the parents of those children, board members said.