LITTLE ROCK, Ark. (KFSM) — The beginning of the school year brings a new challenge for local school administrators, one being how to deal with teen vaping. Bent... 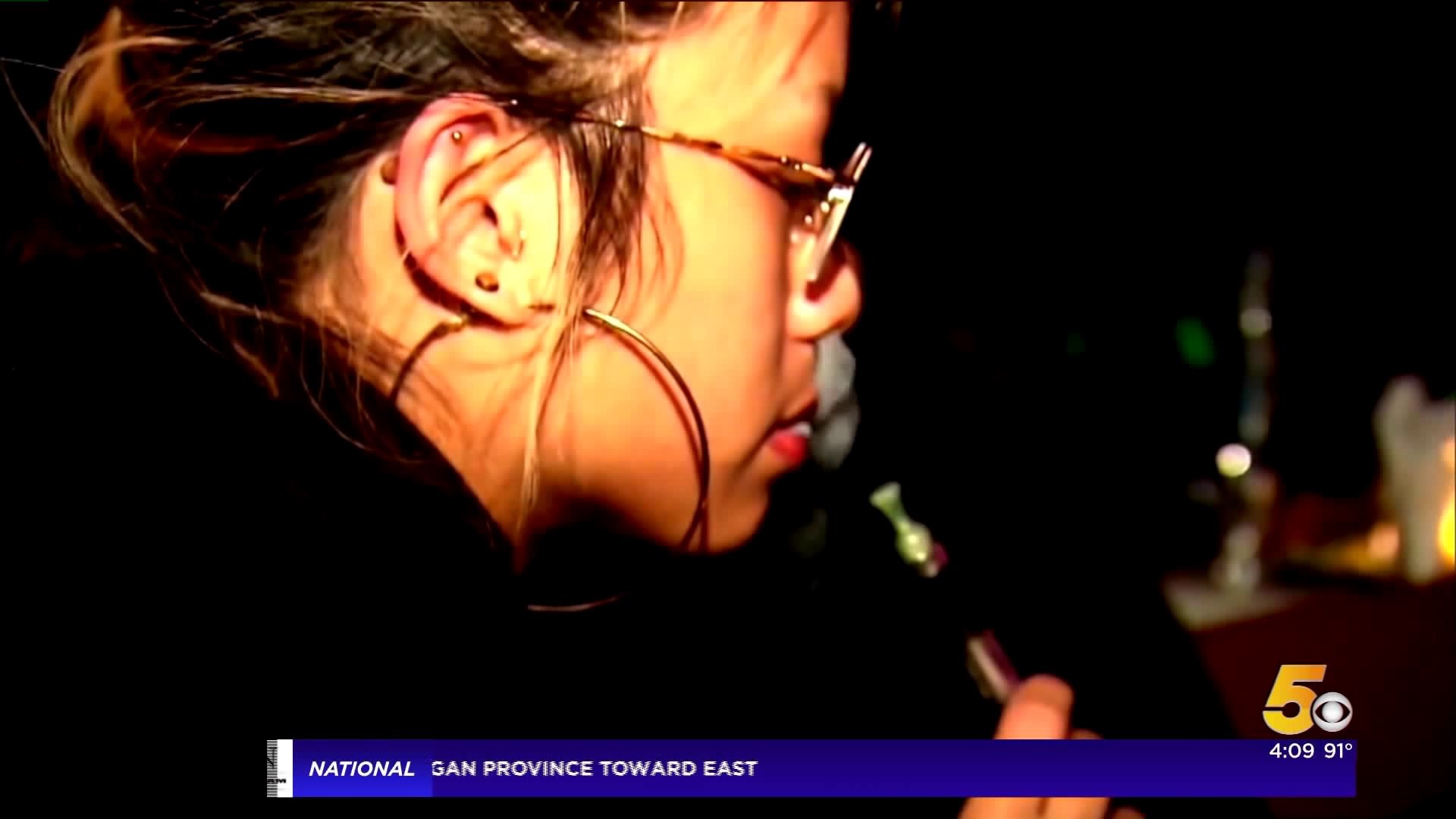 LITTLE ROCK, Ark. (KFSM) — The beginning of the school year brings a new challenge for local school administrators, one being how to deal with teen vaping.

Bentonville Schools Superintendent Debbie Jones traveled to the State Capitol to urge legislators to take action against the issue of teens using e-cigarettes while at school.

"We have lost control of trying to discipline this out of our schools," Jones said.

Jones presented legislators with just a handful of the Juul's and e-cigarettes that have been confiscated from students throughout her district. She says the usage among teens has recently skyrocketed.

Data compiled by the Arkansas Center for Health Improvement presented at the Capitol Monday (Sept. 9) shows 44% of Arkansas high school seniors say they've tried an e-cigarette product. It also shows that one in five teens reported they were habitual users.

Arkansas Secretary of Health, Nathaniel Smith, says there are six acute pulmonary diseases with possible links to vaping currently under investigation in the state. He says there is still plenty of research to be done.

"There's no single substance or e-cigarette that's been consistently associated with illness," Smith told lawmakers. "That's an area of active study trying to understand what exactly is causing this."

Overall, lawmakers, health officials and school officials agreed that there's a concern about teen vaping and the health effects, but many seemed split on how to combat the problem.

State Senator Jim Hendren says with the increasing concern, it's time for some sort of action.

"Principals, moms and dads, are getting tired of hearing more and more about this epidemic in their schools, and they want the legislature, the government, to do something about it," Hendren said.

"Vaping by our young people has become a serious issue, and I am grateful for the testimony of Secretary Smith in describing the adverse health consequences of vaping. The key is to reduce usage by our teens, and this starts with education; reducing access and proper monitoring in schools. I have supported a tax on e-cigarettes because e-cigarettes contain nicotine and the product should not have an exemption."