BENTONVILLE (KFSM) — Bentonville West High School is one step closer to getting its full stadium. The Bentonville School Board agreed to allocated $2 mill... 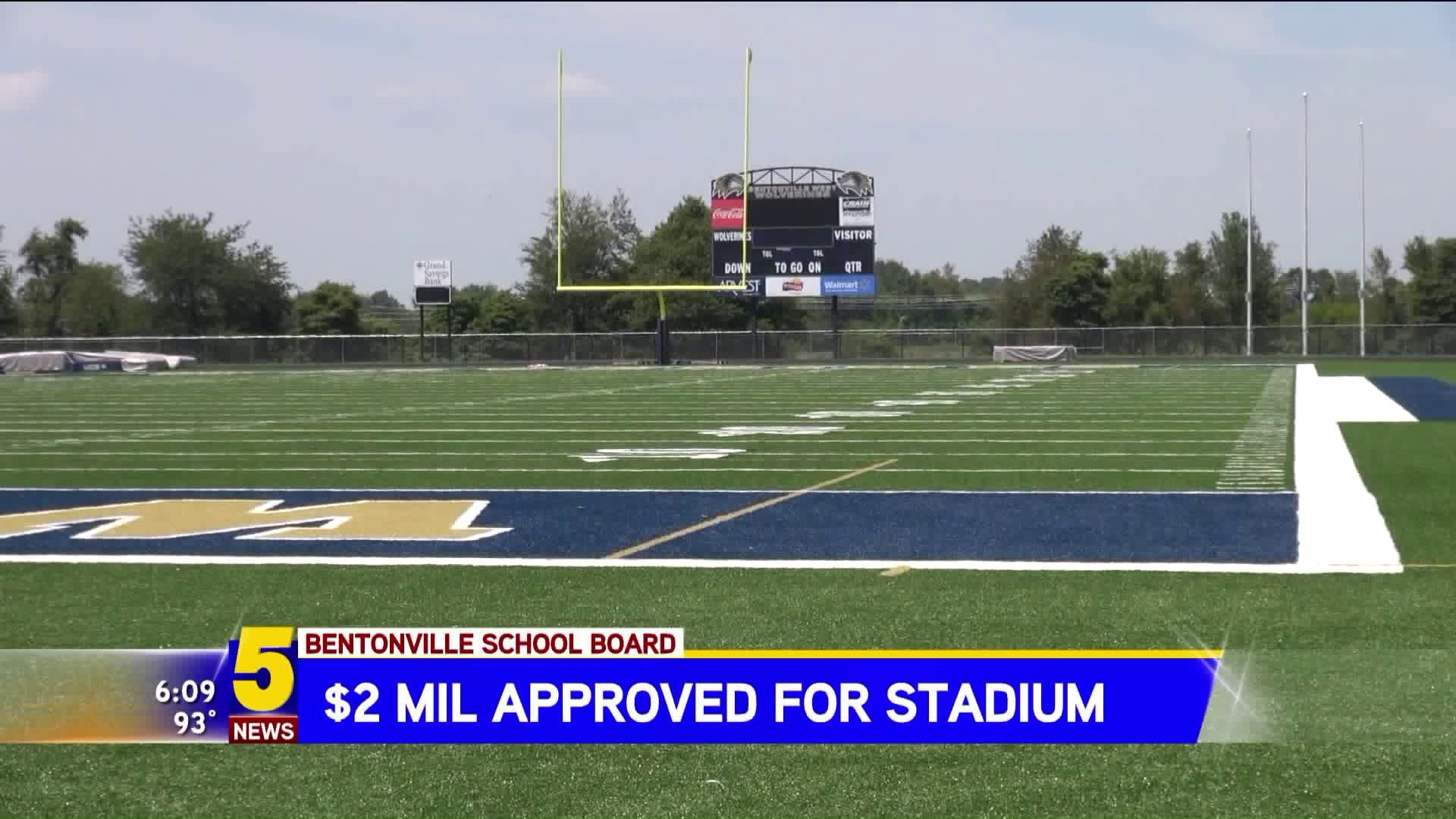 BENTONVILLE (KFSM) -- Bentonville West High School is one step closer to getting its full stadium.

The Bentonville School Board agreed to allocated $2 million for a stadium at Bentonville's newest high school during a meeting on Monday night (July 17).

"Not only on facilities but academics and athletics and performing arts. Everything we have in our school district is top notch so we are excited about that. That`s the reason we do what we do and try and make ourselves the best possible," coach Bryan Pratt said.

The school already has a brand new field and indoor facility. The money will go toward building home bleachers, concession stands, restrooms and the stadium.

"We felt like it was a great opportunity for the district to use some of it's money so that the fundraising committee can now go back to it's supporters and say okay the district is putting in roughly $2 million, we'd like for you to help us finish this," school board president Travis Riggs said.

Bentonville school board just agreed to allocate 2 million dollars in funds for the football stadium! #ClawsUp

“We know completing the facilities at Bentonville West High School will accomplish student and community goals, on and off the field, but we still have much work ahead of us," said Leslee Wright, communication director for Bentonville Public Schools. "This allocation will help but the monies taxpayers voted to give us in May are going to pay for four new schools. We made that commitment during the election and we intend to honor it.”