BENTONVILLE(KFSM)–  Bentonville residents want a bigger voice as to what happens in their city. Public comment is not allowed, unless it’s related t... 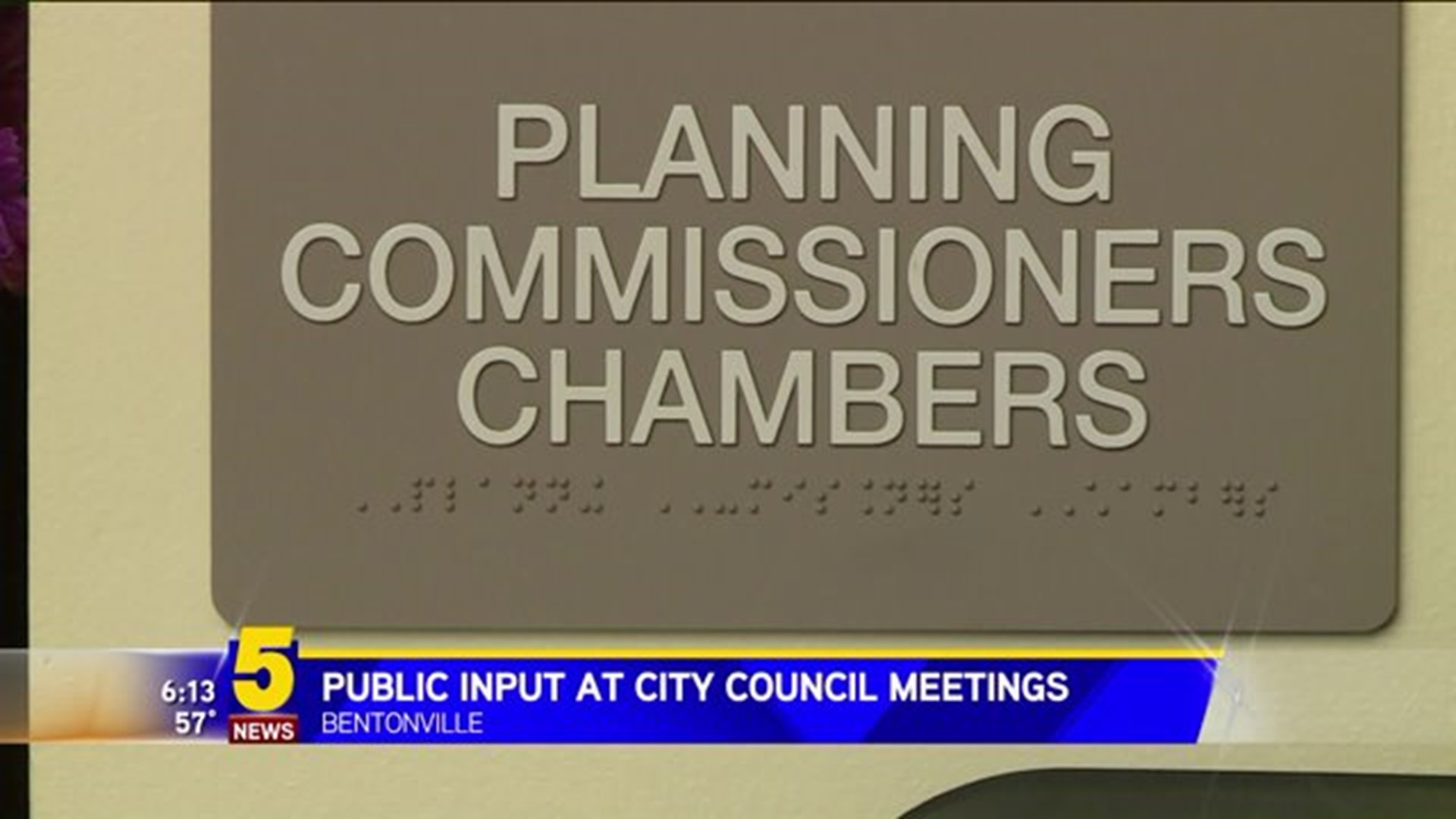 BENTONVILLE(KFSM)--  Bentonville residents want a bigger voice as to what happens in their city.

Public comment is not allowed, unless it's related to something already on the city council meeting agenda. Two motions were filed on public comments, one passed and one failed.

"I was very surprised that those lines of communication were as closed as they were I was just under the impression that it was a lot more of an open forum like you see in the other communities," resident Cherie Clark said.

Clark and a group of residents in favor of the change are happy the council approved at least one of the two measures.

The measure the council approved allows residents to ask a council member to add an agenda item and with a majority vote of the council the topic will be added. But, the measure that allows a completely open forum for residents to discuss issues not on the agenda was shot down in a 6 to 2 vote.

"There's more avenues now of getting items on the agenda now which is great that's a huge step in the right direction," Clark said. She said she plans to continue to bring the matter before the council until there's a change.

We reached out to Bentonville Mayor Bob McClaslin for a comment but he did not not respond.