BENTONVILLE (KFSM) — Arkansas Medicinal Source Patient Center is the first dispensary in Northwest Arkansas to reach out to the state alcohol control board for ... 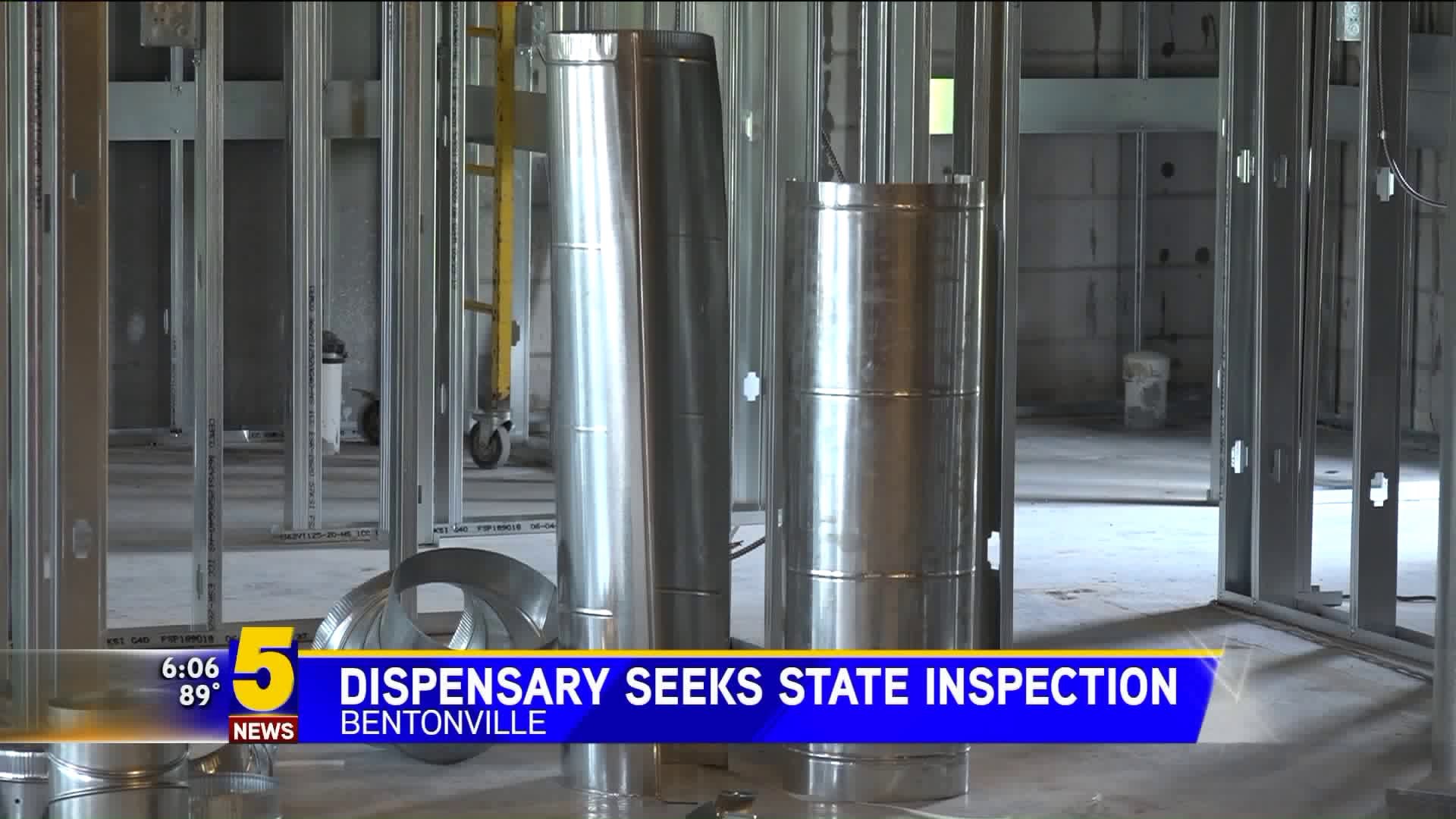 BENTONVILLE (KFSM) — Arkansas Medicinal Source Patient Center is the first dispensary in Northwest Arkansas to reach out to the state alcohol control board for an inspection, the final hurdle a dispensary must clear before opening.

"The inspection will be conducted as soon as possible, with the date to be determined by dispensary owners and ABC," Hardin said.

The dispensary, formerly known as Walton Boulevard Wine & Spirits at 406 Razorback Road in Bentonville, has been undergoing a renovation.

Owner Eric Danielson said in June the remodeling project got behind schedule due to some delays in getting a permit from the city.

“We're just really excited to get open. We appreciate the state trusting us to run a top-notch facility and we look forward to showing the community and the state how it can be done right," Danielson said in June.

Danielson didn't immediately respond to a message Tuesday (July 9), but has said he plans to open sometime this summer.

AMS Patient Center, also known as The Source, is one of 32 dispensaries formally licensed across the state. The dispensaries are supplied by five cultivation facilities.

The dispensaries are spread across eight zones. NWA is in Zone 1, which includes Benton, Carroll, Madison and Washington counties.

More than 100 pounds of medical marijuana have been sold in Garland County, which is in Zone 6, since opening in May, according to the Associated Press.

The AP reported Oklahoma's participation rate is among the top of the 33 states that have legalized medical marijuana.

Despite voters approving the program in June 2018, the state has reported more than $7.2 million in sales in February alone, according to the AP.