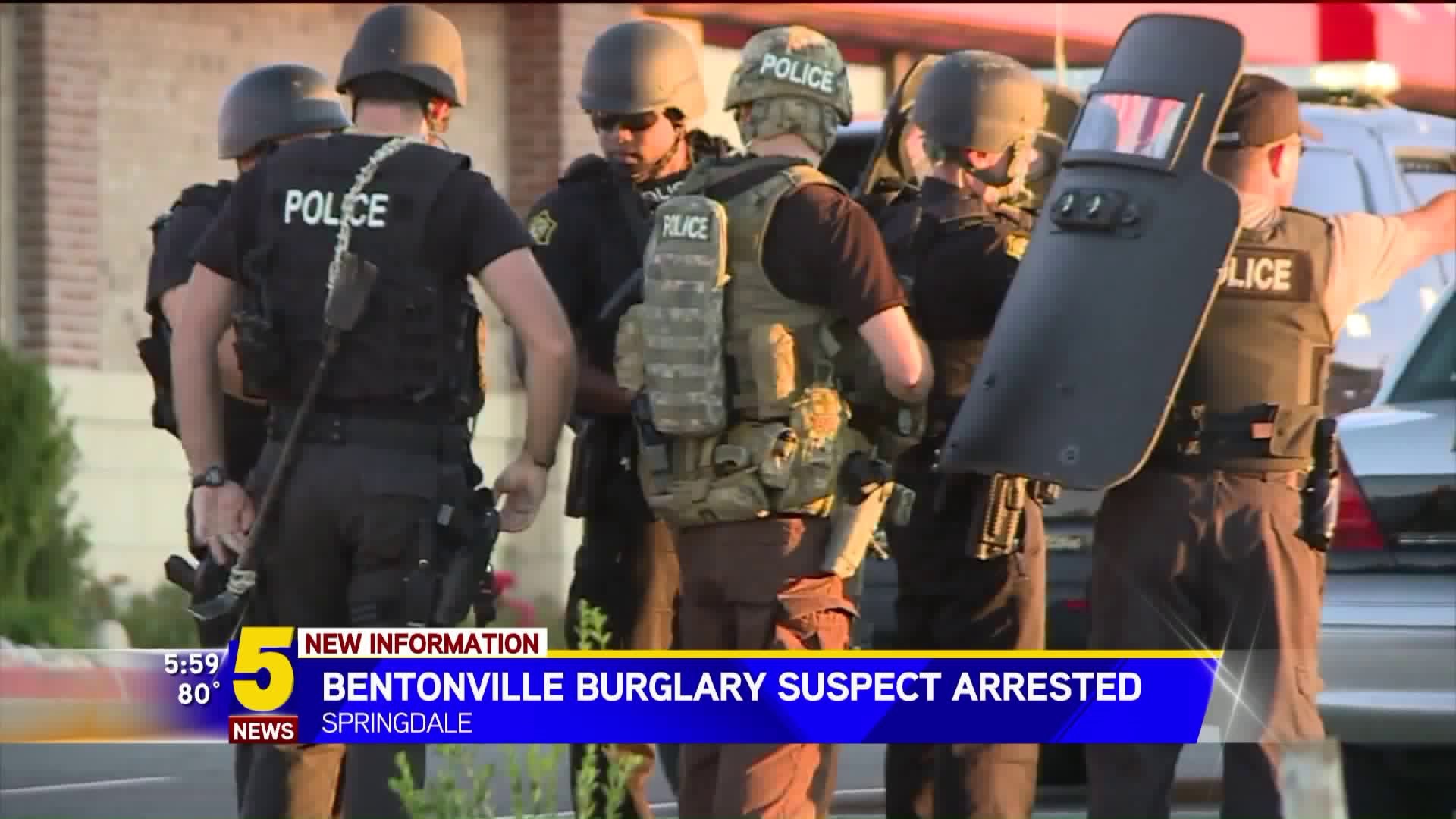 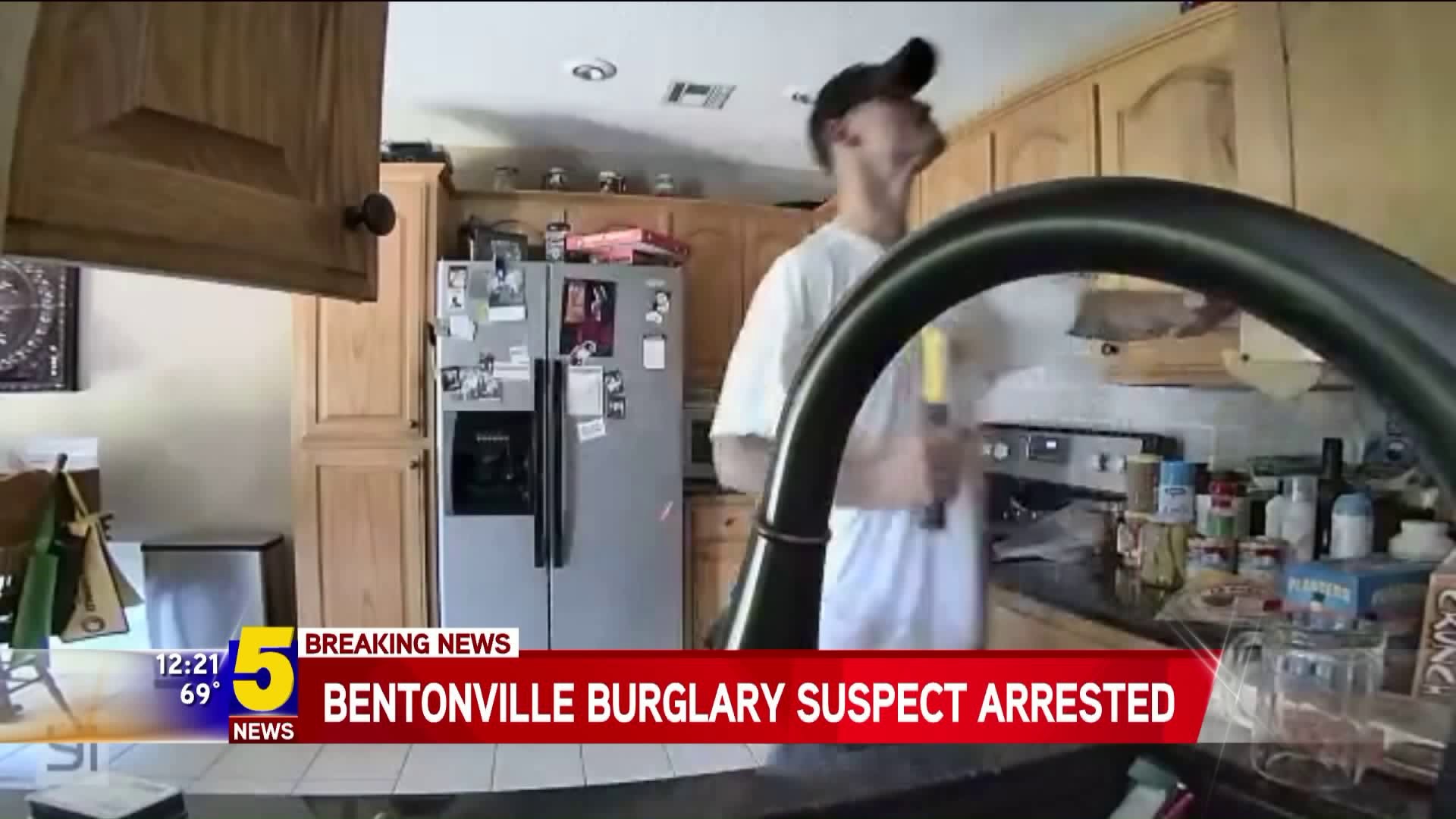 BENTONVILLE (KFSM) -- A burglary suspect was arrested Wednesday (Oct. 18) after reportedly entering a home Monday on Redwood Avenue in Bentonville, according to police.

Surveillance video from inside the house shows Clinton Monroe, 37, entered between 8 a.m. and 11:22 a.m., according to a press release. The release states that he was armed with a hammer and a black pistol.

The homeowner told 5NEWS that he felt as if his privacy was violated. He said that Monroe took some guns and tools, and got in the home by kicking in the back door. He said that his home was trashed, and that all of the drawers and cabinets were searched. He said that the surveillance video came from a camera he set up above his sink to catch his dog trying to grab treats off of the counter. He said he has turned over the video to police for the investigation.

Before he was taken into custody, Monroe was last spotted at The Vineyards at Jones Road apartment complex in Springdale. Police thought he had barricaded himself inside an apartment, but they later discovered he was not inside.

Police requested that Har-Ber High School, Hellstern Middle School and Bernice Young Elementary School be placed on lockdown during that time, Rick Schaeffer with Springdale Public Schools said. All students were safe and the lockdown was lifted at all schools at 3:15 p.m.

Police continued to search for Monroe on Tuesday night, but were not successful. Detectives decided to ping the cell phone of Monroe on Wednesday morning in an effort to locate him, according to the preliminary report. The report states that they were later advised that Monroe was in a house behind Long John Silver's on W. Sunset Avenue. Monroe told detectives that he was unarmed and willing to turn himself in. He later exited the home and was taken into custody without incident, according to the report.

The report states that Monroe confessed to committing the burglary in Bentonville and said that he had sold the firearms he stole from the residence. He told police that he had stolen a vehicle early Wednesday morning to get away from police, according to the report. He took police to the parking lot of O'Brien Transportation at the 1400 block of Ingram Street where they found the car. Several of the victim's credit cards were scattered throughout the stolen gray 2013 Nissan Altima.

Monroe is facing charges of felony theft of property, felony theft by receiving and a white warrant out of the Arkansas Board of Parole. Monroe was booked into the Springdale City Jail. 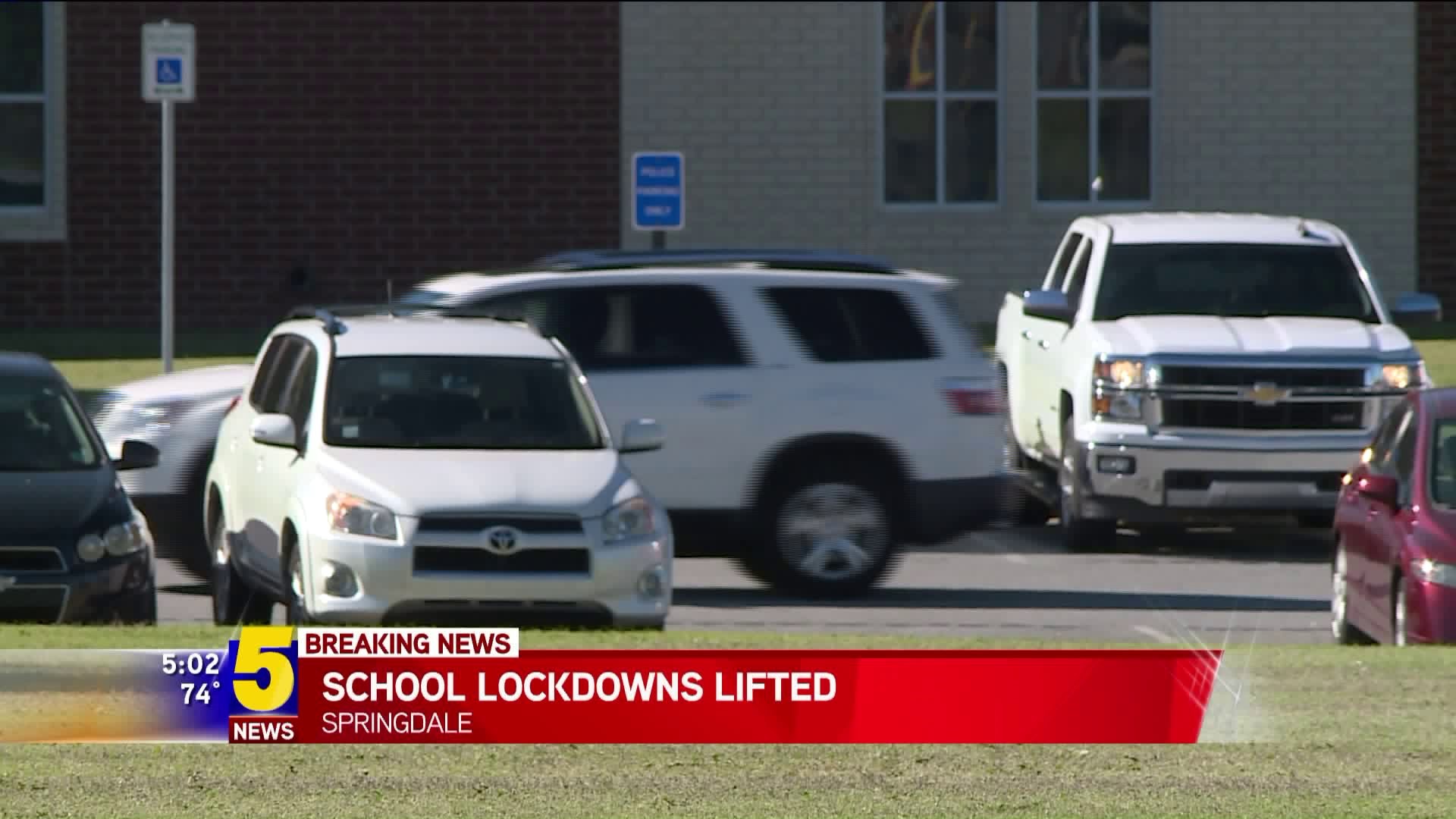 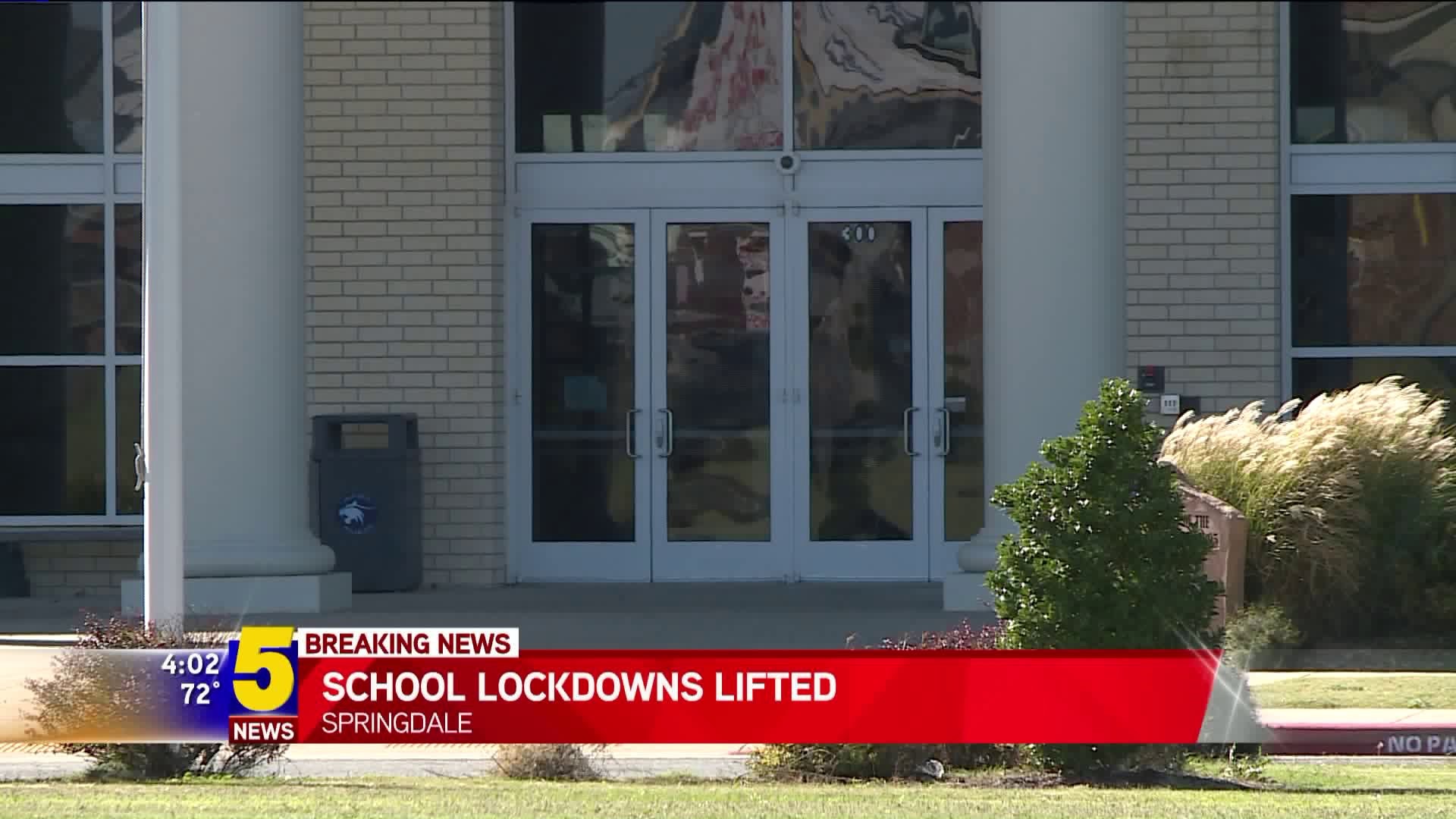 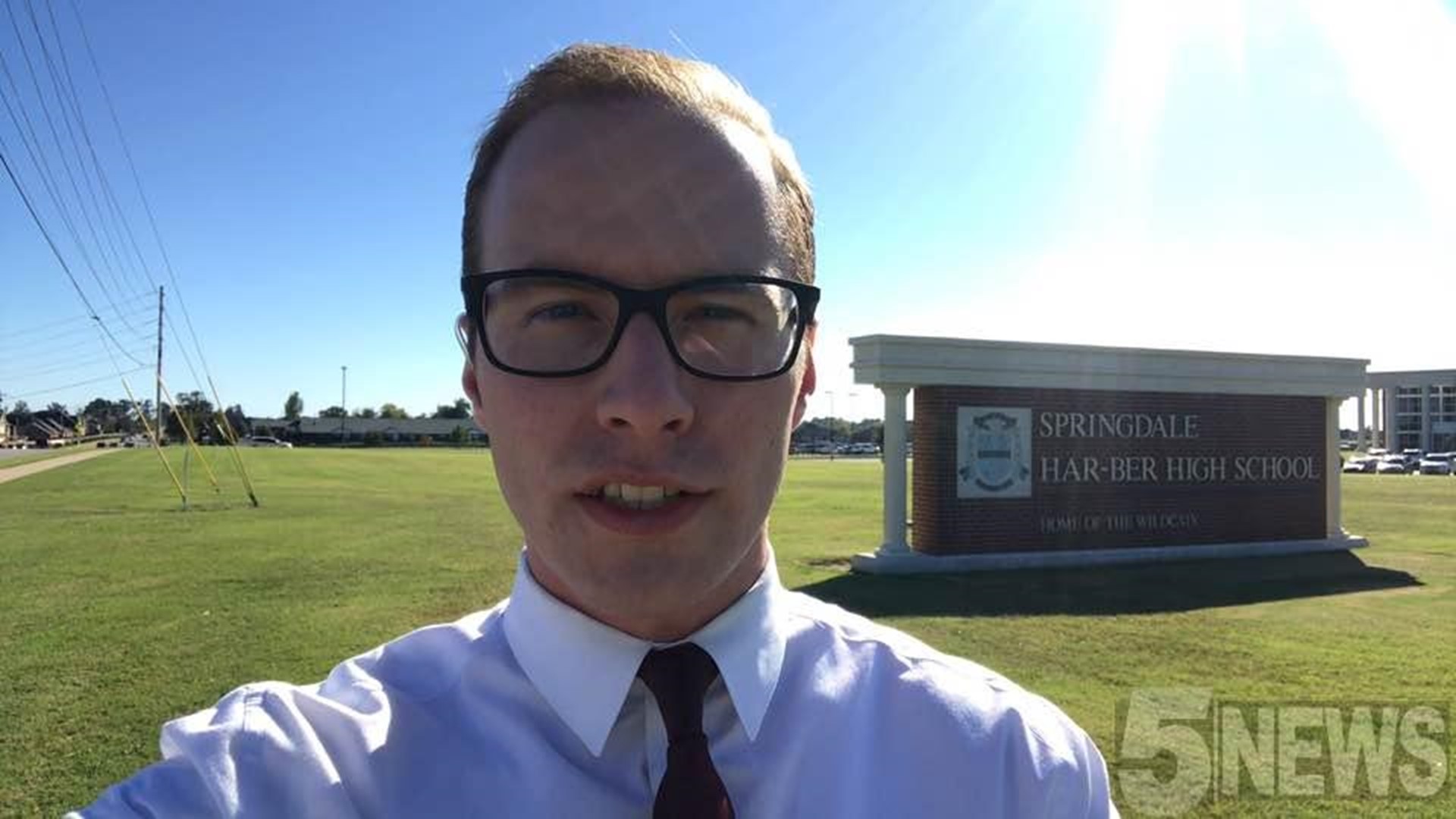 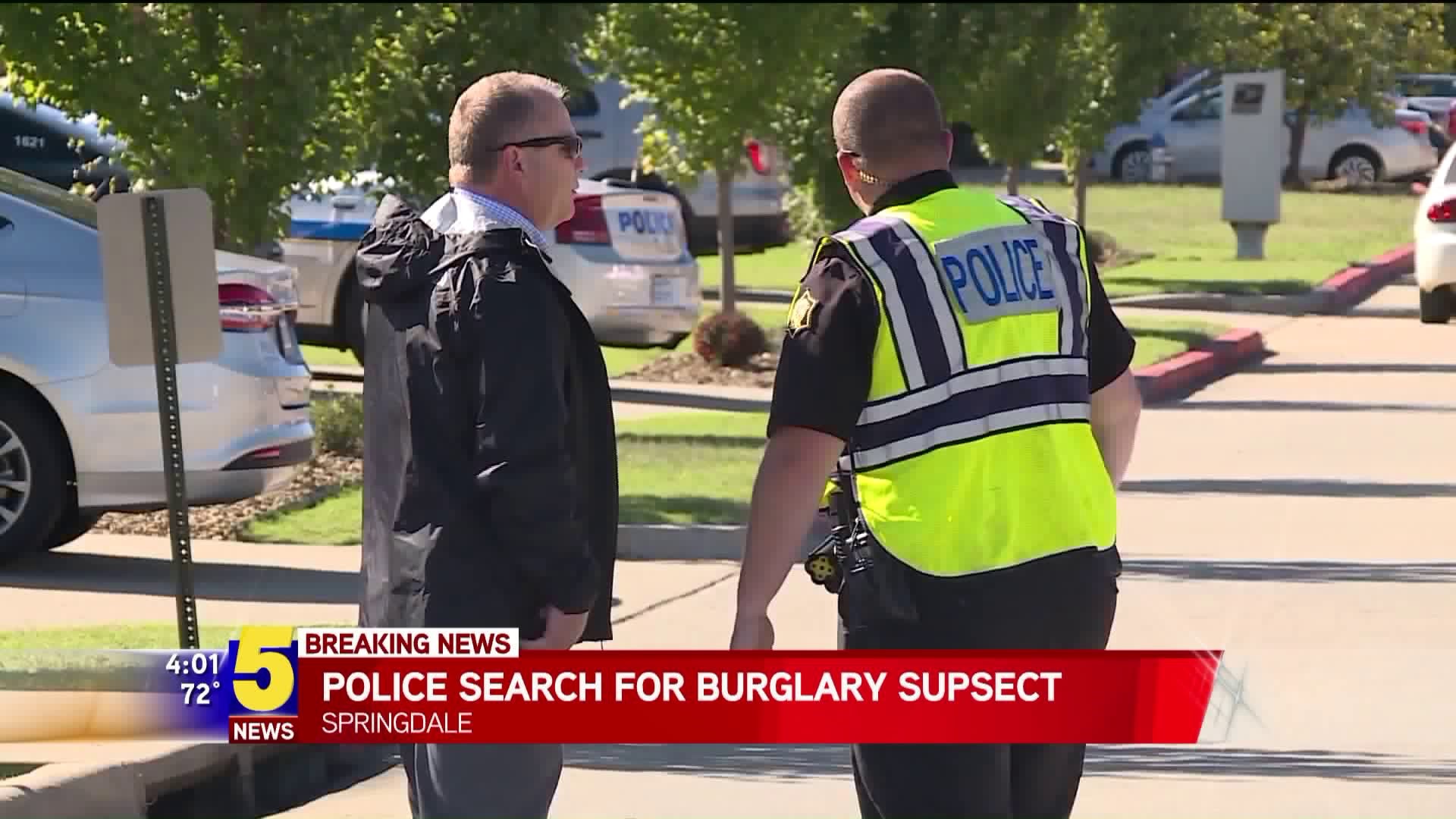 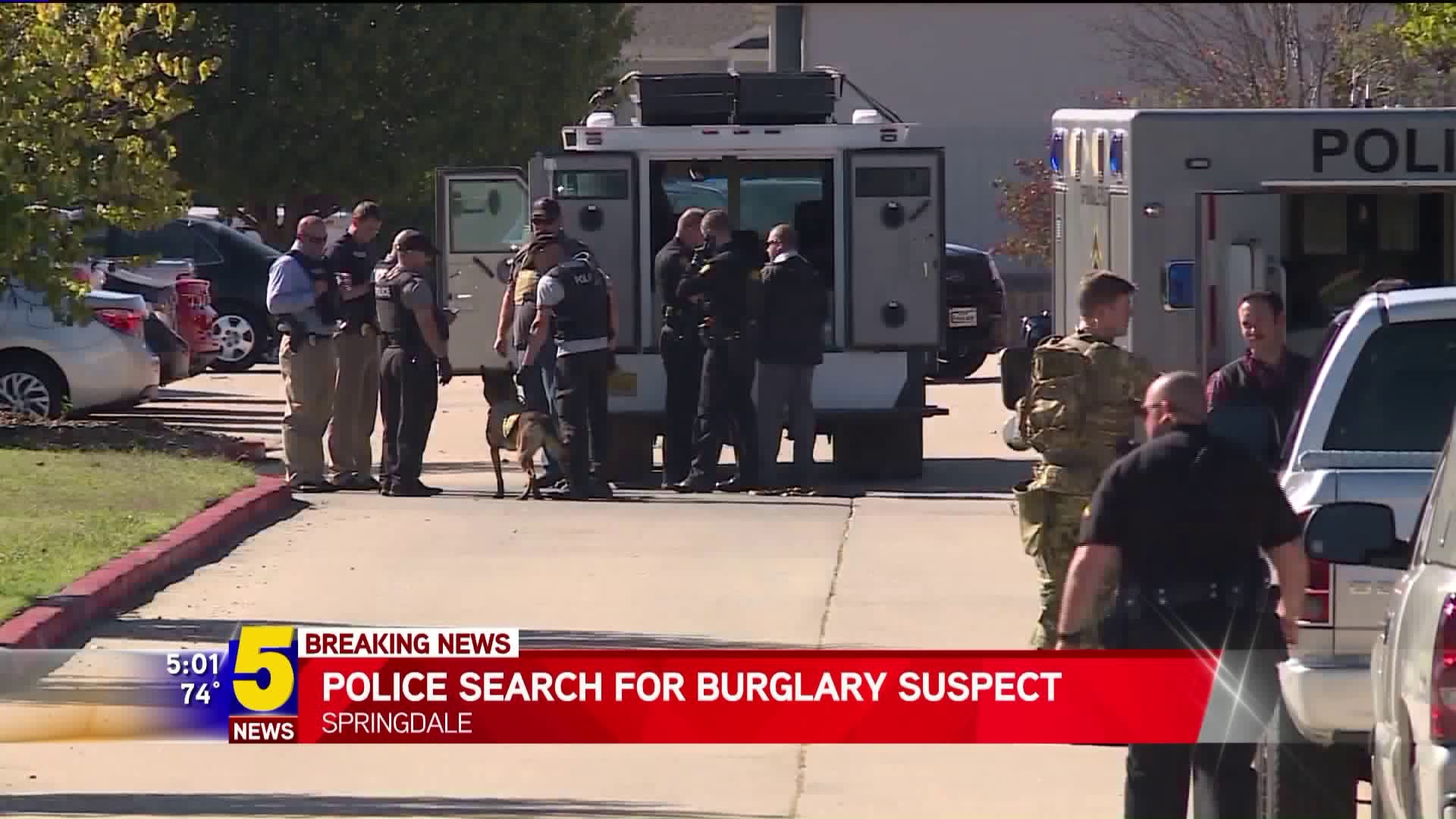 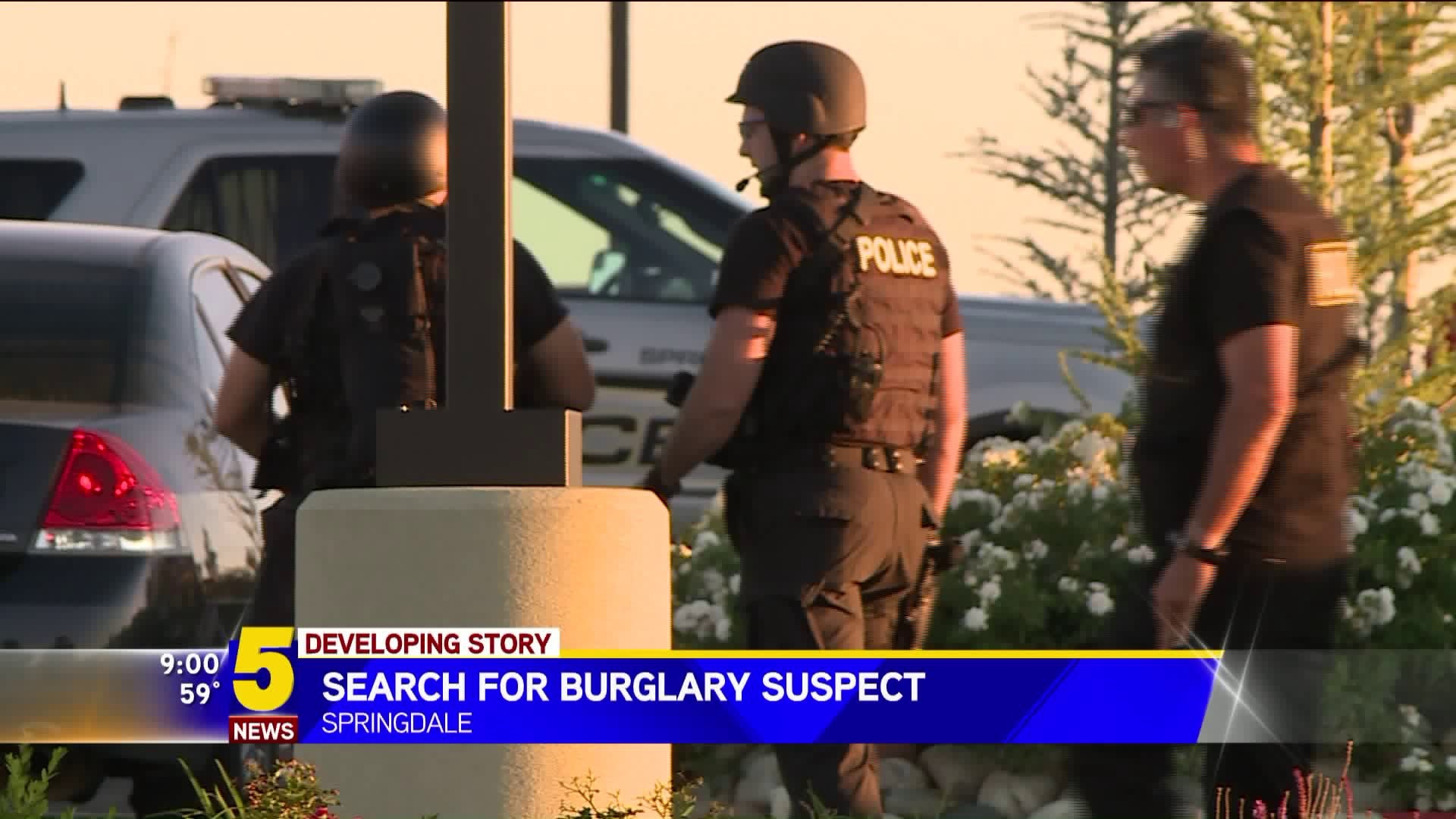 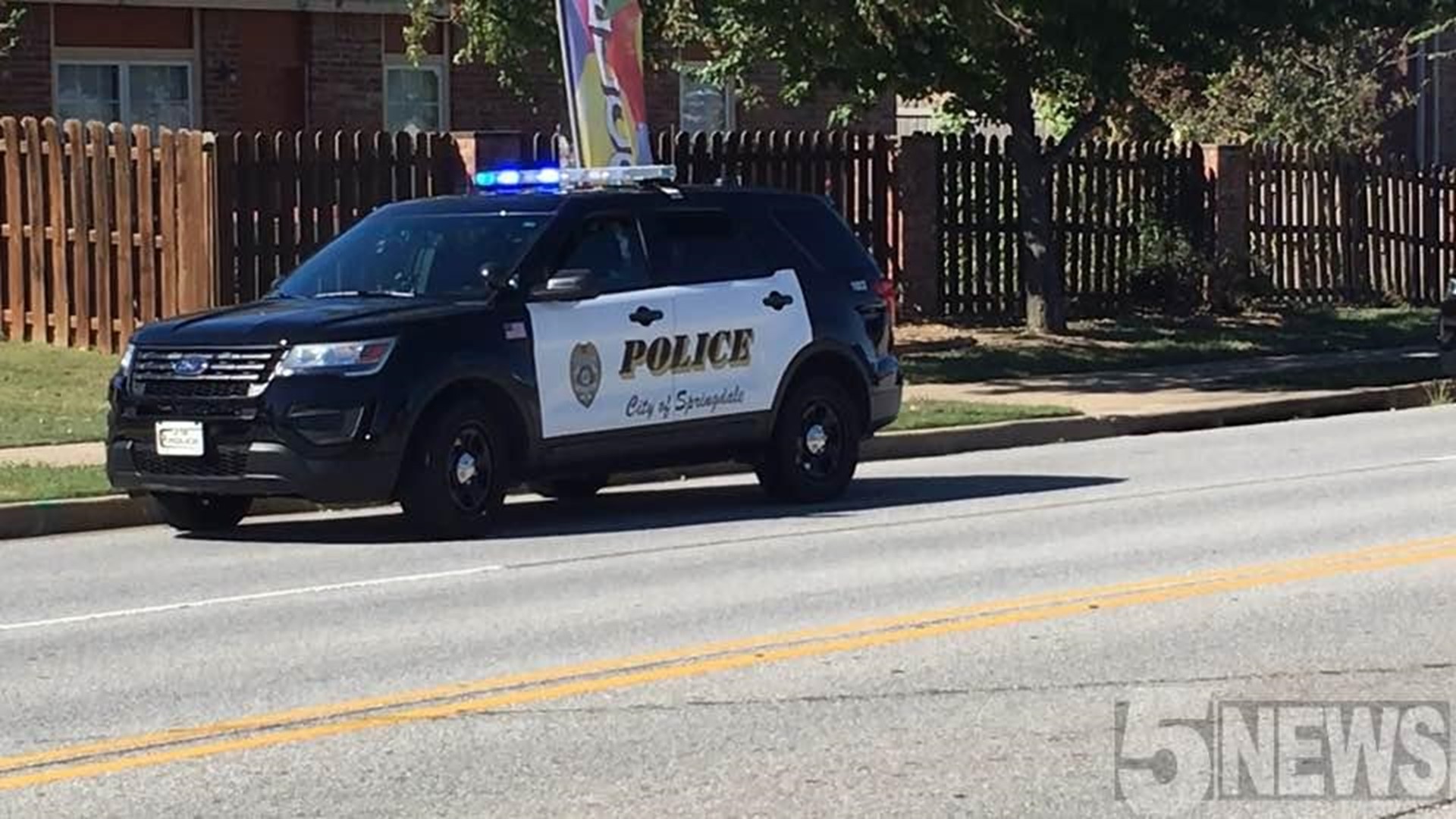 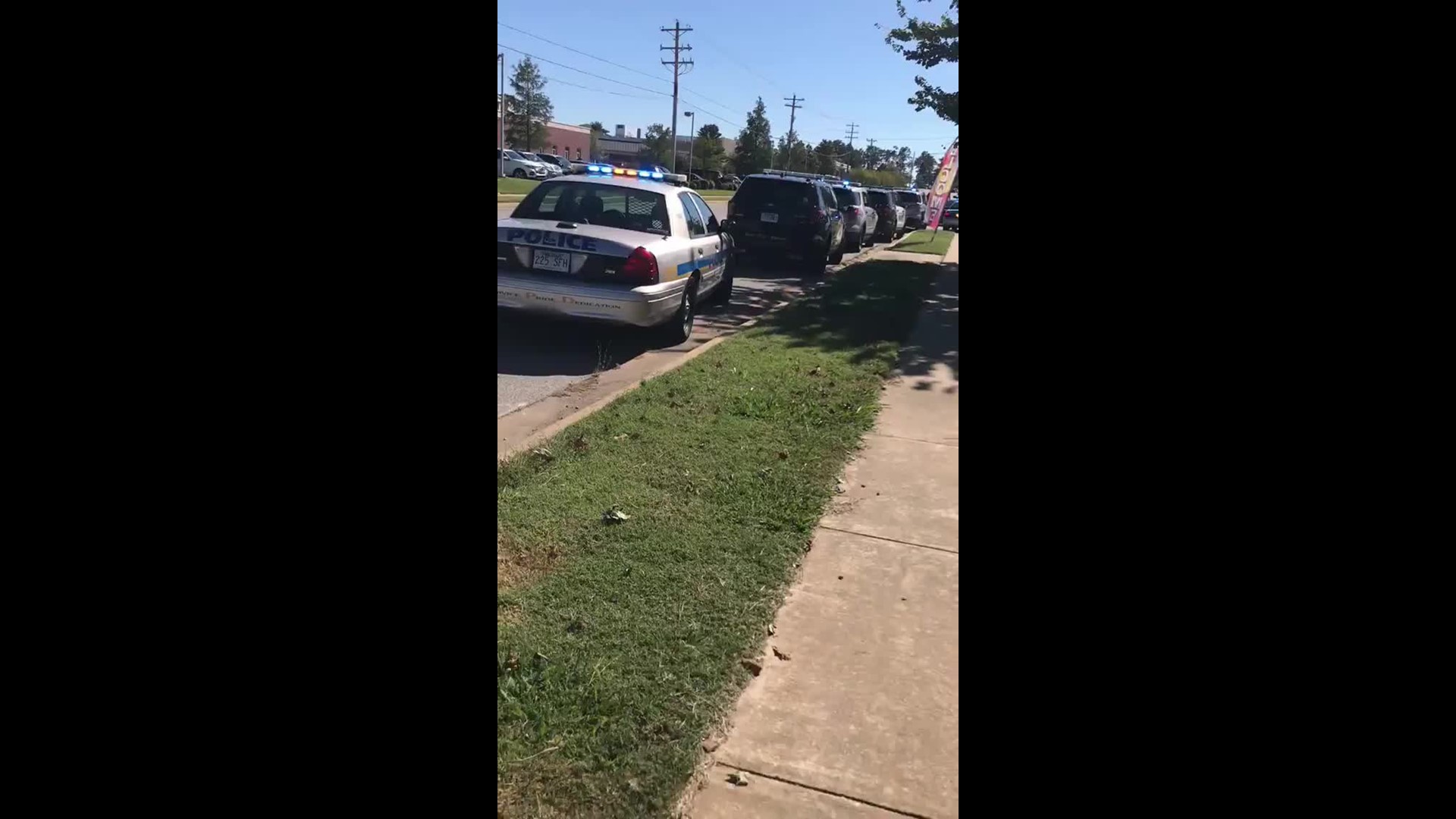