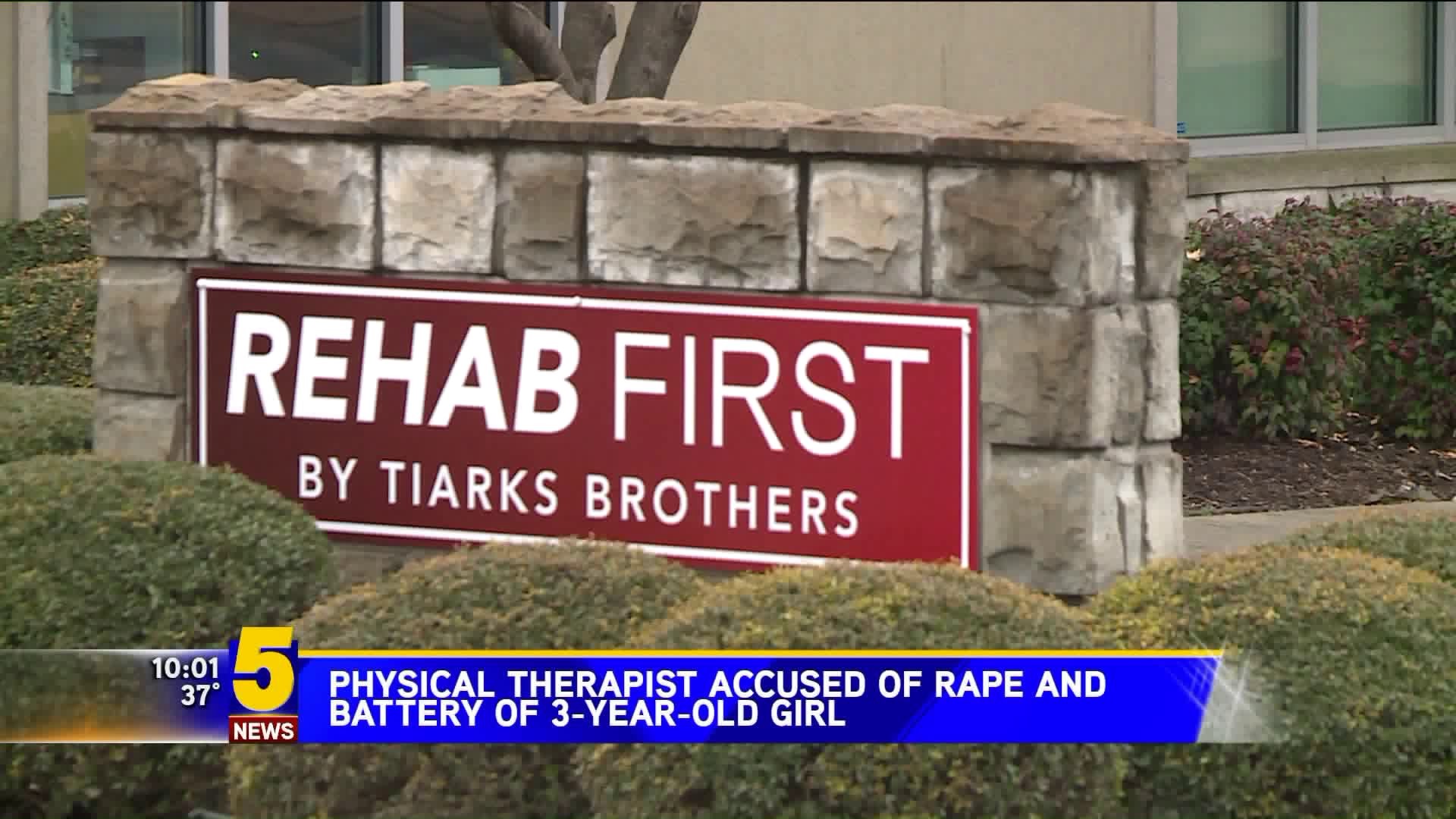 UPDATE: Tiarks is no longer listed on RehabFirst's website as a co-owner or physical therapist.

BENTONVILLE, Ark.—The co-owner and physical therapist of a local rehab center has been arrested for rape of a child and battery according to police.

Tristan Tiarks was admitted to the Benton County Jail on Friday (Jan. 11) with three counts against him: rape, second-degree battery, and aggravated assault on a family or household member.

According to the affidavit of probable cause, a three-year-old girl was taken to the hospital in Bella Vista regarding injuries from a suspected sexual assault.

The child’s mother told police she left the 3-year-old girl in Tiarks’ care at his house while she went to the store, court documents say. She was gone about 45 minutes.

The girl said that while her mom was away, Tiarks had strangled her with a towel, gave her “medicine” and says he was “mean” to her, according to court documents.

Those documents also report medical testing showed that the girl suffered trauma that aligned with sexual assault and had bruising on her face.

When 5NEWS initially checked RehabFirst's website, Tiarks was listed as a co-owner and physical therapist. The site has since been updated with no trace of Tiarks.

He had his physical therapy license revoked for a year in 2012 according to documents from the Arkansas State Board of Physical Therapy.

A complaint filed to the state board alleges Tiarks had sexually harassed a female patient at a separate physical therapy location before texting and calling her, offering to treat her on a Sunday when the clinic was closed.

Tiarks was arrested after police executed a search warrant at his Bentonville home on Friday (Jan. 11), according to an affidavit.

Tiark is no longer listed on the Benton County Jail's online roster, but it has not been confirmed that he bailed out at this time.

We will update the story as we hear more.