BENTONVILLE, Ark. (KFSM) — A Northwest Arkansas medical marijuana dispensary is one step closer to opening its doors in the next few weeks. The Re-Leaf Center i... 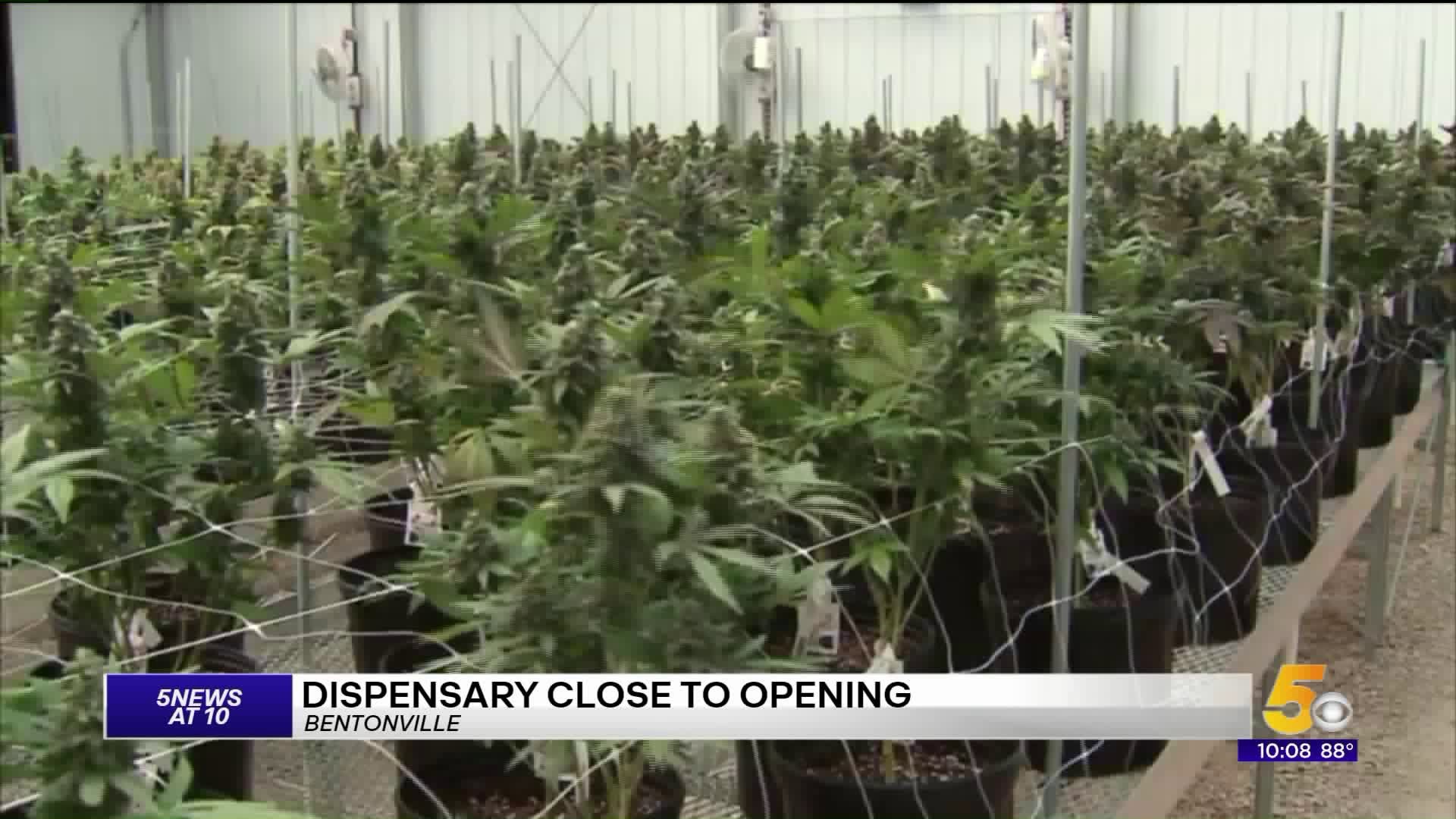 BENTONVILLE, Ark. (KFSM) — A Northwest Arkansas medical marijuana dispensary is one step closer to opening its doors in the next few weeks.

The Re-Leaf Center in Bentonville should be the first medical marijuana dispensary to open in Northwest Arkansas.

Officials with the dispensary announced last Saturday that the Alcoholic Beverage Control (ABC) will be inspecting their facility on July 29. This is the last step before the dispensary can officially open.

"That’s our goal for sure, to be the first one in the area to open our doors for the patients," said the owner of the Re-Leaf Center Matt Shansky.

The Re-Leaf Center is one of the four medical marijuana dispensaries allowed to open in Northwest Arkansas. There will be two dispensaries in Bentonville and two in Fayetteville.

"They are just putting the final touches on the flooring, all the doors are up at this point, lights are up, HVAC is finished," Shansky said. "We will be getting the final steps on the parking lot as far as striping and all of that. Then it’s just all the hardware, the fixtures and furnishings that will be getting done hopefully by the end of the week."

Shansky says it's been a long road to get to this point and they can't wait to help all of their potential patients.

"Were close to three years I think since the initial passing of the legislation, so I know the public has obviously been extremely patient and so have we and we are all so excited, so thankful to even be at this stage," Shansky said.

Some community members say they have been looking forward to the day the Releaf Center opens its doors.

"I think it’s wonderful for people in need because there was nothing before and now they have a hope that something will help, help with their pain," said Northwest Arkansas resident Raylene Guarnaccia.

While patients wait eagerly, Shansky says they are working as fast as they can to get the shop up and running.

"You’re hearing all these stories from the public why they can’t wait for us to open, that’s what's driving us to get this thing done, it’s for them, it has nothing to do with us at this point," Shansky said.

Shansky says they hope to have the Re-Leaf Center open by the beginning of August. Store hours will most likely be from around 7 a.m. to around 9-10 p.m. every day of the week, but nothing is set in stone as of now.

The dispensary will have a greenhouse on-site where they will grow up to 200 plants, 50 flowers and 150 immature buds. They also plan to use all five cultivation centers across the state.