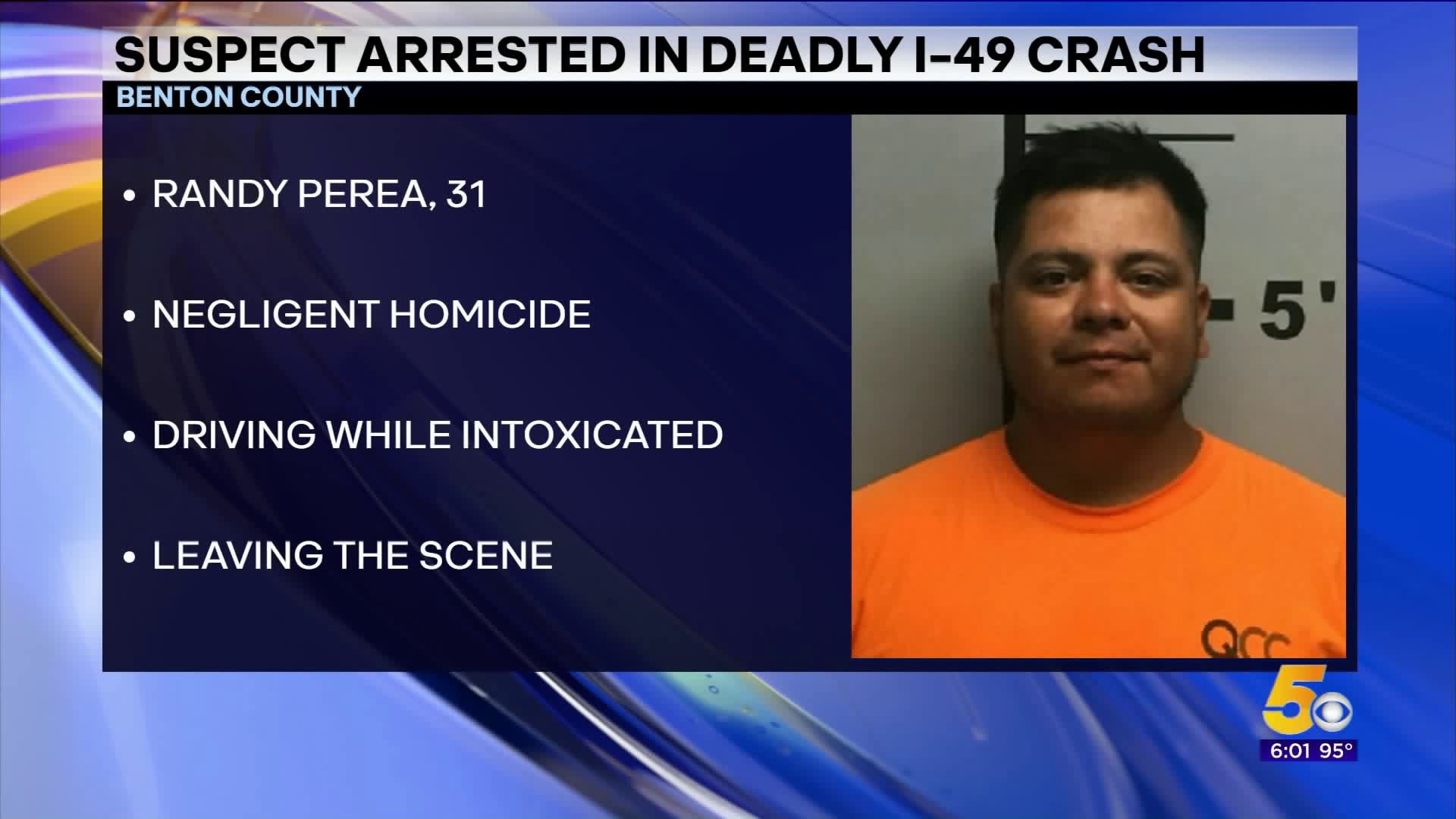 LOWELL (KFSM) — Arkansas State Police arrested a Rogers man early Thursday on negligent homicide charges after they say he struck and killed a Bentonville man on the side of Interstate 49 in Lowell on Wednesday night.

Randy Perea, 31, of Rogers was arrested on charges of negligent homicide, felony leaving the scene of a personal injury accident, first-offense driving while intoxicated and reckless driving with injury or death.

The Dodge veered off the roadway to the right, sideswiping both vehicles and hitting Schwellinger.

Perea wasn't injured, but he fled to a nearby truck stop, where he was apprehended, said Chapman.

Perea is being held in the Benton County Detention Center. No bond has been set. He is due in court on Oct. 7.

The accident shut down parts of Interstate 49 for four hours and 9 minutes, State Police said.